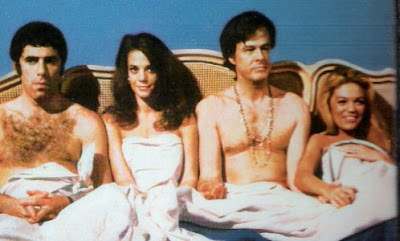 There is absolutely no doubt about it. This weekend in New Hampshire will be one to remember. It will not be for the beautiful scenery, the flat track racing, or even The Chase finally getting underway. In "TV land" it will be remembered as the time SPEED and ABC both produced live NASCAR races head-to-head at the same track.

That's right, SPEED will produce the New Hampshire 200 for the Craftsman Truck Series on Saturday, and ABC will have the Sylvania 300 for the NEXTEL Cup Series on Sunday in Loudon. Both TV networks will be sharing facilities, manpower, the TV compound, and the attention of NASCAR fans nationwide.

Normally, SPEED is relegated to the "SPEED stage" for its wide variety of live programs, and sometimes the network produces the live practice and qualifying shows. ESPN, however, holds the rights to all of the Busch Series races and is now into the portion of their TV contract where they exclusively air the remaining NEXTEL Cup events on ABC.

Early on, ESPN casually brushed aside SPEED as a digital pay cable network high-up on the dial that did some shows from the NASCAR tracks. In the past several weeks, however, all that has changed. As The Daly Planet mentioned in an earlier article, ESPN now looks around at the NEXTEL Cup venues and finds itself literally surrounded by SPEED shows and personnel.

Recently, in the biggest shot fired across ESPN's racing bow this season, SPEED moved the times of NASCAR RaceDay so that the final hour of this live program overlapped with the entire NASCAR Countdown pre-race show on ABC.

That was a bold move heard around both the NASCAR and sports TV communities. Even the drivers and teams watching TV at the track must choose...SPEED or ABC.

While several high-profile drivers have made no bones about the fact they are not happy with ESPN's reporters, SPEED continues to maintain great relationships in the garage for one reason. They are everywhere. Larry Mac here, Jeff Hammond there, Wendy Venturini walking and talking, and even Hermie Sadler taking laps in SPEED-1.

In this very strange NASCAR TV season, this weekend brings an added twist. Instead of a Busch Series race, the Craftsman Trucks are the support series. As race fans know, along with the Trucks comes Krista Voda, Ray Dunlap, Rick Allen, Phil Parsons, and Adam Alexander. SPEED's all-star crew has strolled into town, and things should really get interesting.

ESPN2 will show NEXTEL Cup qualifying on Friday afternoon from the track, and has Happy Hour scheduled on Saturday at 7PM between live college football games. Meanwhile, SPEED has two and a half hours live on Friday, the Truck race live on Saturday, and goes head-to-head with pre-race shows on Sunday. Then, after the NEXTEL Cup race, SPEED starts recording Victory Lane while ABC is still on-the-air live.

With the Truck Series taking center stage on Saturday, it is going to be easy for TV viewers to compare the laid-back "family style" of the SPEED event with the formal and "glamorized" ABC style on Sunday. With the Busch Series off this weekend, there are no other NASCAR distractions. SPEED and ABC will be the only shows in town.

On NASCAR Now, ESPN2's daily NASCAR show, they like to play a little game called "driver pick'em." The theory is to toss-out two names, and then quickly pick the one you like for that weekend's event and why. Today, we are going to play some "Daly Planet TV pick'em" for this weekend as well.

First up, Krista Voda or Suzy Kolber? Both anchor the NASCAR pre-race shows for their networks. Kolber has the new ESPN Infield Studio set, and Voda hosts her show outdoors from the starting grid behind a big desk on wheels. Kolber is the sideline reporter for Monday Night Football. Voda is a NASCAR veteran who currently reports from pit road for the NASCAR on Fox telecasts. Your pick for pre-race host?

Next, its Rusty Wallace or Phil Parsons? Rusty does the color commentary for both the Busch and NEXTEL Cup races on ESPN and ABC. Parsons does the color announcing for the Craftsman Trucks on SPEED. Rusty did the IndyCar Series last season to prepare for his NASCAR assignment, while Parsons has been working the Truck Series for many seasons. Both are former drivers, and both had or have other family members in the sport. Your pick for color commentator?

Finally, its Ray Dunlap or Dave Burns? Dunlap reports from the pits and garage in both the pre-race show and during the race for the NCTS on SPEED. Dave Burns reports from the pits and garage for ESPN on their Busch and NEXTEL Cup races. Dunlap is the former PR Director for ARCA, 1997 Electronic Media Personality of the year in motorsports, and is a TV grad from Bowling Green State U. Burns used to work the NBC and TNT NASCAR package for the last several years, was the former public address announcer for the ASA series, and you may remember his swamp buggy racing coverage from the old TNN. Your pick for pit reporter?

So, as you watch the races this weekend take a moment to compare the program content, the on-screen graphics, the directing, the fancy video effects, and even the relationships that the announcers have with each other. This is going to be an interesting lesson in what these two very different TV networks have in common, and what they have chosen to do very differently.

Then, when both races are over, you can return and play the ultimate "Daly Planet TV pick'em." SPEED or ABC for best race telecast of the weekend? We will post a new page for that little contest immediately after the NEXTEL Cup event is over. Make sure and bring your reasons why, and some examples to back it up. This should be one interesting weekend in "TV land."


The Daly Planet welcomes comments from readers. Simply click on the COMMENTS button below, or email editor@thedalyplanet.tv if you wish not to be published. Thanks again for taking the time to stop-by and leave your opinion.
Posted by Daly Planet Editor at 10:14 PM 40 comments: