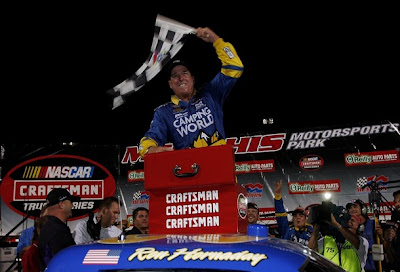 Slipping in between the Nationwide and Sprint Cup Series from New Hampshire are the Camping World trucks. 5:30PM is the time for Krista Voda and the pre-race show on SPEED called The Setup.

Voda will use Ray Dunlap and Adam Alexander as reporters during this half-hour show. It is no secret that the trucks are having a very rough season and this stand-alone race promises to feature some new faces and teams.

There has been talk of everything from a spec engine to a change in the venues that the series services. Veteran fans may remember that the trucks originally raced at many smaller tracks and the profile of the series was tough racing on bull-rings.

Now, the move to the bigger tracks and the expanded schedule may have proven to be to much for the current dollars in the sport. Returning to the roots of truck racing for 2010 might not be a bad idea. Some shows with the NASCAR regional racing series would bring a new racing dynamic to the sport.

Rick Allen and Phil Parsons are going to call the race for SPEED. Michael Waltrip was threatening to fly down to Memphis from his New Hampshire location, but at last report he still did not have a ride. Allen and Parsons are the official voices of this series and continue to get it right on a regular basis.

Look for the top teams to emerge, but also for the truck drivers to make the most of not having the Cup Series drivers in the field. Memphis is a good size for TV and the action is usually very good.

This post will serve to host your comments about the CWTS race on SPEED. To add your TV-related comment, just click on the comments button. This is a family-friendly website, please keep that in mind when posting. Thanks for taking some time out of your Saturday to stop by.
Posted by Daly Planet Editor at 4:24 PM 84 comments:

Live Blogging The Nationwide Series On ABC From Loudon, NH 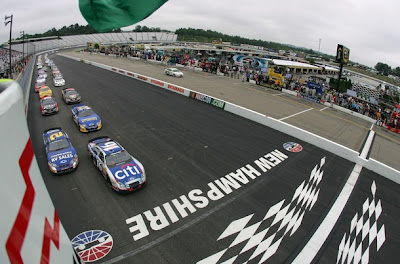 Allen Bestwick starts the racing day on ABC at 2:30PM ET with NASCAR Countdown. Loudon, NH is the venue for the Nationwide Series this weekend and the race is a flat-track sprint.

Bestwick is joined this week by Rusty Wallace and Brad Daugherty from the Infield Pit Studio. Wallace is back to the infield-only this week because Dale Jarrett returns to the broadcast booth.

Jarrett is joined by Marty Reid and Andy Petree for this telecast. This will be a good indicator of just how this crew will handle the Sprint Cup Series when it comes to ESPN and ABC in July. Loudon is a key venue for The Chase.

Pictures and sound should be outstanding and indications are that there is going to be a very good crowd on-hand. TV viewers should look for the continuing issue of triple-split video on caution flag pit stops. This is going to be crucial as much of the passing is going to take place while cars leave pit road. ESPN has been having trouble keeping the triple-split in place for the entire stop until all the cars are racing to the pit exit line.

Reid should be in fine form with Jarrett back in the booth. Jarrett has been great this season and Reid has the veteran ability to provide the kind of excitement that some of the ESPN telecasts have been lacking. Jarrett returning might be exactly what the ESPN team needs right now to get the momentum going for July.

ESPN will not be able to focus on the normal script of Kyle Busch and Carl Edwards vs. the Nationwide regulars this Saturday. Lots of Sprint Cup Series drivers are crossing-over for this race and several flat-track specialists are also in the event.

It should be interesting to see what stories Bestwick introduces as possible race scenarios and then how Reid and company continue those storylines. Look for whether the ESPN crew interviews the drivers who have fallen out of the race. This has been a tough issue for the network this season.

Also important to watch are the stories that are unplanned. A driver coming up through the field, a favorite with a bad pit stop and a battle for position not in the top five are things that fans want to see that sometimes do not make it to the TV set.

This post will serve to host your comment about the coverage of the Nationwide Series race from Loudon, NH on ABC. To add your TV-related comments, just click on the comments button below. This is a family-friendly website, so please keep that in mind when posting. Thanks for taking the time to stop by.
Posted by Daly Planet Editor at 1:12 PM 168 comments: 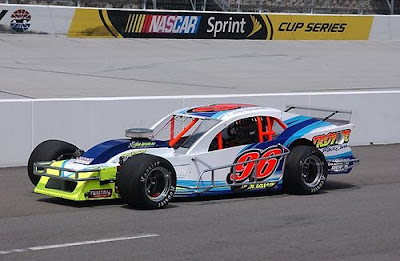 Exposing this series and other regional touring races on SPEED would be a great idea. TDP welcomes your comments on this topic.
Posted by Daly Planet Editor at 10:21 AM 1 comment: 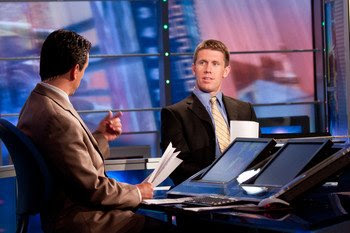 ESPN2's NASCAR Now is in its third season and going strong. Well, strong except for one completely embarrassing high-profile problem. Nothing drove this issue home like Carl Edwards' recent NASCAR Now appearance.

Edwards was Mike Massaro's in-studio guest on Thursday. Massaro conducted the normal driver interview segment, but then Edwards was allowed to flex a little TV muscle and participate during the entire show.

Marty Smith's door-to-door segment featured an Edwards opinion and then Ed Hinton came along to make small talk with the Cup driver. But, the most jaw-dropping part of the program took only fifteen seconds.

The reason given to TDP for this, believe it or not, is television.

In other words, ESPN was using the only daily NASCAR TV show as leverage.

Fox is now gone and TNT is about to step away from the Sprint Cup Series for another season. Those two TV networks don't care about NASCAR Now or ESPN's promo demands. Neither of them even blinked.

Once again, the only folks being used as pawns in this game are TV viewers and NASCAR fans. In a couple of weeks, ESPN will inherit a sport struggling with lower TV ratings, declining attendance and a much lower national media profile.

All of this boils down to just one question. Will five months of a complete lack of on-air promotion by NASCAR Now help or hurt ESPN's own Sprint Cup Series TV ratings? We should know the answer shortly.

TDP welcomes your comments on this topic. To add your opinion, just click on the comments button below. This is a family-friendly website, please keep that in mind when posting. Thanks for taking the time to stop by.
Posted by Daly Planet Editor at 8:00 AM 25 comments: