There have been flashes of what ESPN2's daily show NASCAR Now could be several times this season. In between the struggles with the on-air talent, the format, and several high-profile drivers, the program has provided a platform for ESPN to promote its NASCAR involvement.

In this first season, there was no doubt that many things involving the production of a seven day a week TV series were going to need to be addressed. ESPN addressed one concern when they brought-in ESPN News veteran Ryan Burr to be one of the hosts.

Burr has a fast-paced "news sense" about him on the air, and this thirty minute program picks-up steam when he is leading the charge. Thursday night, NASCAR fans got a glimpse of what this program could eventually mean to the sport every day. Burr put on the most outstanding thirty minutes of NASCAR programming ESPN has seen this season. I am only going to say this one time. It was fantastic.

One of the struggles of NASCAR Now has been how to deal with SPEED Channel, the TV network that produces the Craftsman Truck Series, and other special NASCAR events. Originally, the Truck Series was ignored until Craftsman came on-board with a sponsorship that guaranteed highlights of every Truck race. Unfortunately, most of the races in the series were not promoted in advance on the show.

This situation seems to have been addressed on Thursday's show, which featured Burr giving a lot of time to the Craftsman Truck Series race on Saturday at Martinsville. Along with promoting the high-profile Cup drivers who will be entered, Burr also interviewed Justin Labonte. Terry's son has been a journeyman in racing, and was making a comeback of sorts at Martinsville.

Labonte was a good interview, and Burr referenced Justin's lack of high-profile rides recently in NASCAR. This exposure was very positive for Labonte, and Burr kept his questions rapid-fire and on-target. He covered the issues about the Cup stars, the Truck Series regulars, and finally what the future held for this young man. It was a good interview that promoted the race and showed another family connection in the sport. This positive moment, however, was about to be topped.

Without missing a beat, Burr dove into NASCAR's Toyota Showdown championship race this weekend at Irwindale Speedway head first. ESPN and The Daly Planet have been clashing all season long about NASCAR Now ignoring the NASCAR Touring Series, but now Burr directed the attention of this high-profile show in exactly that direction. Could this show get any better? You bet it could.

Turning to the TV monitor wall in the NASCAR Now studio, Burr welcomed in NASCAR regional drivers Sean Case and last year's Showdown winner Matt Kobyluck. That's right, in advance of the Toyota Showdown which will be live on SPEED, two of the key players were on NASCAR Now via satellite.

Clearly not TV veterans, these two drivers were well taken care of by Burr. Both were asked good solid questions, and Burr even got Case to speak about Joey Lagano and their Busch East Series season. To wrap things up, Burr promoted the event once again.

This interview was a tremendous step for ESPN in patching things up with the racers and fans involved in the NASCAR Grand National Division who have been ignored all season long. Perhaps, next year will see a wider scope of coverage that includes regional results and highlights.

With the narrow Martinsville pit road looming, Burr welcomed the surprise of the season on this show in the presence of DJ Copp. This soft-spoken DEI crew member has put out great information about the pit crew dynamics at the various tracks, and has proven to be a solid TV personality. His Martinsville information continued to be first rate, Burr's questions were focused, and the results were top-notch.

The past racing shows on ESPN often contained a "kicker" story meant to be taken tongue-in-cheek. NASCAR Now has not only struggled to keep a sense of humor, but it has struggled to maintain a viable contact and on-camera presence with the main ESPN NASCAR announce team of Dr. Jerry Punch, Rusty Wallace, and Andy Petree. Finally, someone on the production team got it right. The results were lots of fun.

NASCAR Now used Punch and company to pretend and call an ESPN NASCAR race at Talladega. Only this race was the one to the airport by all the NASCAR drivers. The ESPN team at Talladega used their facilities, their announcers, and their graphics to put together a hilarious feature. The "race" to the airplanes showed fans some seldom shown footage of the reality of NASCAR life.

It also did one more thing for the ESPN2 viewers. It finally lightened the heavy mood and tension that has been a constant companion of this series since February. When was the last time fans were watching NASCAR Now and calling their friends to say "are you seeing this?" My one word answer would be...never.

Burr had reporter Angelique Chengelis with all the top news stories. Justin Labonte then promoted the Truck race, which was on SPEED. Two NASCAR Grand National drivers then promoted the Toyota Showdown which was also on SPEED. Boris Said predicted Martinsville and DJ Copp reviewed the pit situation. Finally, Punch and company showed us the driver race "out" of Talladega.

There was not much more that could be packed into this thirty minute show, and if ESPN executives want an example of just what this TV series could be they need look no further than this one episode. NASCAR Now could easily become "must" viewing for fans who would gladly put this series on the DVR or VCR every day.

After an episode like this, and a host like that, ESPN can finally have something very solid to smile about in this first tough year back in NASCAR.

The Daly Planet welcomes comments from readers. Simply click on the COMMENTS button below, or email editor@thedalyplanet.tv if you wish not to be published. Thanks again for taking the time to stop-by and leave your opinion.
Posted by Daly Planet Editor at 7:30 PM 19 comments:

Open Post Night - Give Us Your NASCAR TV Statement 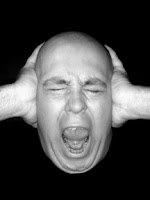 Since everyone seems to be very active right now with their thoughts on the entire NASCAR TV package and the issues involved in it, let's channel that momentum.

Right now, just give us your comment about one thing at this time that has stuck in your mind about this season's TV coverage of your favorite sport. This is like open mic night at the club, except our rule is "no poetry or singing."

Keep your thoughts focused, as people respond well to points made clearly and concisely. OK, its "open post night," let them rip.

To post your comments about NASCAR TV coverage, simply click on the COMMENTS button below and follow the directions. The rules for posting are on the right hand side of the main page, and thanks for taking the time to offer your thoughts in these final weeks of the season.
Posted by Daly Planet Editor at 6:48 PM 44 comments: