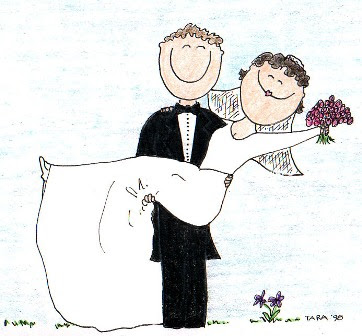 The strange and sometimes fascinating "NASCAR marriage" between ESPN2 and SPEED continues to keep a firm hold on NASCAR fans this Saturday.

It is another weekend where SPEED enjoys hosting the practice and qualifying coverage of the NEXTEL Cup Series because the actual race is on big brother Fox Sports. The bonus for viewers is that SPEED also steps-into the Nationwide Series and televises practice and qualifying. ESPN2 just shows-up for the race.

Saturday kicks-off on SPEED at Noon Eastern Time with Nationwide Series qualifying. Viewers saw Hermie Sadler have a change to step-into the analyst role alongside of host Steve Byrnes and veteran Jeff Hammond on Friday's practice coverage. Perhaps, we will see Sadler again for qualifying. He has come a long way, and is still working hard on his TV mechanics as he increases his on-air exposure.

Next-up at 1:30PM will be the two practice sessions for the Sprint Cup Series. This coverage should be hosted by the NASCAR on Fox gang and feature Mike, Larry and DW. The two sessions run back-to-back and lead directly up to 4PM and the beginning of the ESPN2 coverage of the Nationwide Series race.

The NASCAR Countdown program scheduled for 4PM on ESPN2 is directly following a live college basketball game, so viewers should be on their toes if the basketball broadcast runs long for any of a variety of reasons. Countdown is scheduled for thirty minutes, and is hosted by Allen Bestwick from the ESPN Infield Pit Center. The ESPN media release this week said Bestwick will be joined by Dale Jarret and Brad Daugherty. There was no mention of Rusty Wallace or Ray Evernham.

At 4:30, ESPN2 will start their coverage of the Nationwide Series race, which is scheduled to run for three hours until 7:30PM. Jarrett will move up to the booth to join Jerry Punch and Andy Petree for the event. On pit road will be Jamie Little, Shannon Spake, Mike Massaro and Dave Burns.

Switching back to SPEED, Larry McReynolds hosts his favorite program entitled NASCAR Performance at 7:30PM. This is followed at 8PM by the always interesting Tradin' Paint featuring John Roberts and Kyle Petty. Unofficially, we are hearing that Jenna Fryer from the AP is the media guest.

That is a good long day of NASCAR coverage from SPEED and ESPN2 combined. This season there has been a nice relationship growing between these two parties. They promo each other's races, use audio of the race calls and work hard to respect each other on the air. This change may have been the most positive aspect of the 2008 year in NASCAR TV to this point.

While you might think this time frame only involves two races, it does not. SPEED has been on the air with NASCAR programs constantly since testing began in January. ESPN2 has been working hard with a re-vamped NASCAR Now and a heightened NASCAR presence on ESPNEWS and SportsCenter to push the sport back onto the ESPN front burner.

With good weather and a lot of fans, Saturday from Las Vegas should get NASCAR back on the right track after a mess in Southern California. Please feel free to post your comments about these programs. There will be a specific post up for the Nationwide Series race about one hour before air time.

To add your opinion to The Daly Planet, just click on the COMMENTS button below and follow the easy instructions. The rules for posting are on the right side of the main page. Thanks for taking the time to stop by.
Posted by Daly Planet Editor at 9:40 PM 19 comments: