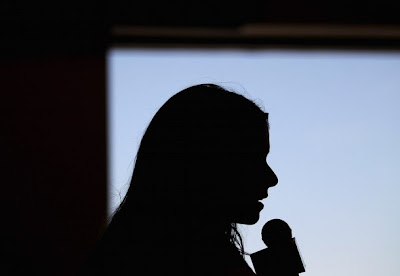 The NFC topics offered are usually the ones that are pretty high-profile for the sport in general. Opinions on the top drivers, events on the track and even reviews of the network TV announcers have been on the menu in the past.

Apparently, even the NASCAR Fan Council is trying to get a handle on how one driver's arrival next season will affect the sport, the fans and the TV coverage.

Once again, it's Danica time. Here are some NFC topics:

Is she good for NASCAR? Are you tired of hearing about her in the media? Will you watch more races if she is in them? Is she a good driver? Will she be competitive? Are female drivers good for the sport?

These are just a handful of the questions asked by the market research company chosen by NASCAR to operate and maintain the NFC. It's pretty interesting that these questions come before Patrick has done anything but turn a casual wheel in a part-time Nationwide Series ride.

Don't get turned off by this topic, it's not about Danica. What we are watching is a major professional sport with a multi-billion dollar TV contract try to prepare for something it has never experienced.

What the NFC is trying to determine is if NASCAR has hit the jackpot. Is Patrick a ticket-selling machine who will also sky the TV ratings as a full time driver? Is she a face and personality that can get NASCAR across media bridges it has never been able to cross? Is this NASCAR's dream come true?

At speedweeks in Daytona, a fully funded and highly prepared Nationwide Series team is going to show up ready to run for a championship. The team's sponsor will buy TV time, promote the racing product and give the series a much needed shot in the arm.

The driver is a media darling with celebrity status who has promoted her personal brand around the world. On pit road, this Nationwide Series driver will be autographing Sports Illustrated swimsuit pictures of herself. She will be surrounded by professional media handlers who will carefully craft her image.

The topper is that the only larger media personality currently in the sport is her NASCAR owner. There will be a regular media frenzy when Danica and Junior get together to face reporters. It should also be very interesting to see exactly who those reporters will be.

The dwindling NASCAR press corp took another hit recently with the announcement that veteran reporter Dustin Long will released by his employer, Landmark Newspapers, after this season. It's an all too familiar scenario as the painful shift from print to online media continues around the world.

Now, for better or worse, new media outlets are going to have to consider coverage of NASCAR's Triple A series for next season. Will TMZ Sports and Entertainment Tonight hit the dusty Nationwide Series trail? How many entertainment reporters will suddenly pop-up at key races?

Nothing is hotter right now than celebrity-driven reality television series. You think perhaps the NASCAR Media Group will be producing a primetime TV series about Patrick's first full time season? Remember, the person does not need to actually succeed, but just generate enough content to keep Americans interested in watching. Sound familiar?

Imagine being at ESPN right now. The network has Danica exclusively next season in the Nationwide Series races but SPEED televises most of the practice and qualifying for that series. Patrick may well enjoy the younger and more casual TV approach of SPEED to the suits and ties of ESPN.

Having the NFC make Danica a topic is just a tiny peek into the very active conversations taking place in the sport right now about how to make the best of her presence and just how to change the current Nationwide Series media coverage to support that effort. The Danica countdown clock is officially running.

We invite your comments on how you think Danica might affect or change the media coverage of the Nationwide Series and the sport in general. To add your opinion, just click the comments button below.