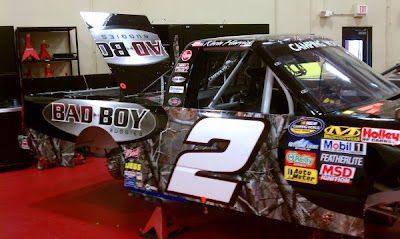 The emails, tweets and Facebook questions always begin on Monday of this week. NASCAR fans checking the Dover schedule find that the Camping World Truck Series race scheduled for 7:30PM Friday night is not live. The actual TV term is same-day delay.

In real life, the driver introductions are at 4:20PM and the actual race gets underway at 4:45PM ET. If it seems strange to start a race at that time, there is an easy answer as to why. The Dover track has no lights.

In order to get a tripleheader weekend in the books, the trucks have to race in the daylight rather than double-up with the Nationwide Series on Saturday afternoon. It's been this way for several years now.

Twenty years ago, delaying live events had some power and made some sense. Access was limited and news reports were not seen until the next day. The original idea was that time-shifting events like the Dover race would put it in primetime and make for good TV viewing. This Friday, what is going to happen is chaos.

By the time the trucks roll on SPEED shortly after 8PM, every fan who cares can check the many NASCAR websites and read the results and the story of the race. In the instant world of Twitter, the entire race will be live-tweeted by not only the teams, but NASCAR itself. Results will be on the various Facebook team pages moments after the event is over.

This is the first season that the RaceBuddy online application has been offered for all the truck series races. Well, offered for all but one. Delaying the Dover race wipes-out this online component that features multiple video angles and live social media chat.

The biggest problem NASCAR and SPEED are going to have is the carry-over from last Saturday night's Darlington Sprint Cup Series race. Both Kyle Busch and Kevin Harvick are in the truck race this Friday. That is a photo sent by Harvick via Twitter of the final prep being done on his race truck. Note the primary sponsor.

With both drivers now on probation in the Sprint Cup Series, the door seems to be open for some potential carry-over in a series in which neither driver is running for the championship. While Dover is not known as a payback track becase of its high speeds and narrow groove, stranger things have happened.

The solution for all of this is simple. Air the truck race live and then re-air it at 8PM as scheduled. Folks who can see it live or via RaceBuddy will do so and those coming home from work after 6PM ET can catch the re-air. The same commercials go in both, so the advertising dollars are not the issue.

There absolutely was a place and time for this practice. Those days are long gone. For years now, NASCAR fans have been use to ten or more hours of live Friday coverage on SPEED and ESPN2 of practice and qualifying from tracks nationwide.

In this social media age of instant communication and news, the Busch vs. Harvick storyline is going to again raise the issue of why this event is not live on SPEED. The simple answer is, it should be.