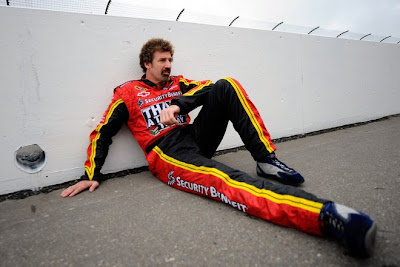 Boris Said made the media rounds of TV and radio shows on Tuesday. In his mind, that was the right way to address the issues surrounding the dust-up after the Watkins Glen race on Monday.

In fact, Said was scheduled to be a panelist on the "road course" edition of Monday's NASCAR Now show from the ESPN2 studios in Bristol, CT. It was only because the Sunday race was delayed by rain that Said was not talking to NASCAR fans as an ESPN analyst.

Instead, host Michelle Bonner handled Said on Tuesday's NASCAR Now while Sirius Speedway let Said talk about the situation for the SiriusXM subscribers.

Said repeatedly told the TV and radio hosts that he preferred to handle things the old way. That he was an old school guy who did his talking in person. He made it clear that things like Twitter and Faceboook were not for him. He ridiculed social media and the drivers who used it to express their opinions after the race.

Unfortunately, what Said is actually doing is missing the boat. In today's world, speaking about an incident one day later on TV or radio is considered light years down the road.

The same NASCAR fan base that embraced the Internet and online racing websites is migrating to social media in droves. Facebook and Twitter provide different types of interaction, but both have become two of the most powerful media tools for NASCAR drivers, teams and sponsors.

In interview after interview with Said, hosts used information received through social media outlets to ask questions and make references. As Twitter users have seen, this season the NASCAR TV networks have gone out of their way to integrate updated tweets into all kinds of programming.

The power of social media was offered a high-profile boost when Darrell Waltrip began carrying his iPad with him to the TV booth during races and scanning it for updated information and topics being discussed by fans. That is a pretty profound statement in terms of the power of instant communication.

Some NASCAR drivers have come and gone from Twitter after bad experiences. In most cases, they did not receive solid guidance from their team's media relations staff on the pitfalls of social media. Just like every other form of communication, there are good points and bad points about sharing information.

Jimmie Johnson is a recent convert to Twitter and has been a tremendous example of a powerful and high-profile NASCAR personality who has learned to use social media effectively. Johnson's personal tweets convey a sense of humor, a toughness and a level of understanding of the sport that has never been conveyed in the mainstream media.

At first, Johnson was formal and offered information and updates. Now, just a couple of weeks later, he is chatting with fans directly, giving media members grief and having a blast. Johnson's most recent exploits involved photos of a pint size cardboard cut-out of Chad Knaus placed in various colorful locations at the race track. "Mini-Chad" is a hoot.

When the race is over, the hottest place to be is Twitter. Drivers often grab cell phones and sign-on before they leave pit road. Happy or sad, hearing directly from the participants of a high-profile sports event directly instead of through the media is a whole new experience.

In many cases, fans have been able to watch the interaction between drivers as issues are brought up and then sorted out post-race. Most interesting perhaps is the fact that the tracks, the various series and NASCAR itself have become veterans at offering information to both fans and the media through Twitter.

If you have not given it a try, take a look before you reject it. Twitter is just a small free program that runs on a cell phone, tablet or any type of computer. The technology offers each user the opportunity to put together a list of personalities, news organizations and almost any type of interest that will update automatically.

By checking the Twitter timeline, users get updated information instantly. While the Twitter fan base for most NASCAR drivers is still modest, celebrities and mainstream media outlets like Time and CNN have millions following their updates.

It's fun to watch the information offered by NASCAR during races migrate from Twitter to the various live media chats and then onto the NASCAR racing blogs and websites. One thing is for sure, until something else comes along expect to be hearing a lot more about Twitter and NASCAR as the Chase closes in.

There is little doubt that this will be truly the first social media Chase in NASCAR history. This season may be about gas mileage on the track, but it clearly is about instant information outside of the driver's seat.