Nationwide Series From Dover on ESPN 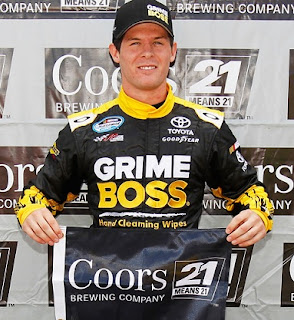 Ryan Truex is on the pole as the Nationwide Series gets ready to race on ESPN from the Dover International Speedway. The weather is good, the track is fast and the field is deep.

ESPN has Rusty Wallace in the TV booth as Dale Jarrett is off this weekend. He will be joined by Allen Bestwick and Andy Petree for the race. The Infield Pit Studio returns with Nicole Briscoe and Brad Daugherty. You just never know who might be a guest on the pre-race show.

Dover is a place where it is tough to get pit reports in except under yellow. The action happens so fast that it is also almost impossible to zoom tight on one or two cars. In the past, using the in-car cameras live meant missing key passes and incidents.

In terms of restarts, keep an eye on the information that Bestwick tries to relay when the network comes back from commercial. There will be lots to update. Depending on the flow of the race, it is tough to integrate the Infield Pit Studio once the racing gets underway unless there is a long yellow.

Dover has two bridges across the track and the TV challenge is to cut around them for the entire race. That is what makes using the aerial shots so tough to do. Viewers should also notice the orange traffic cones stuck in the catch-fence as markers for breaking points as the track has no lines for reference.

There are a number of start and park teams in the race as well as unsponsored cars. It will be interesting to keep an eye on just how many depart prior to the first pit stop.

This post will serve to host your opinions on the ESPN telecast of the NNS race from Dover. We will also be live tweeting the race on Twitter. Looking forward to your comments.
Posted by Daly Planet Editor at 1:20 PM 11 comments: