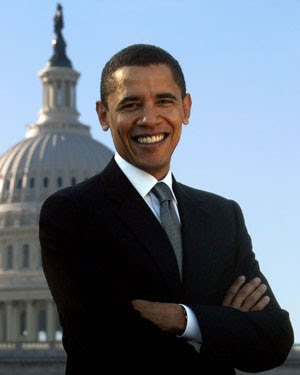 What a wild Wednesday for both NASCAR fans and TV viewers. ESPN2 is offering coverage of the NASCAR trip to the White House while SPEED is offering a doubleheader from one of the best tracks on the circuit.

It will be a special time of 4:30PM when Nicole Manske leads ESPN2 onto the air with a special one-hour White House edition of NASCAR Now. A large group of NASCAR drivers and personalities are going to be meeting the President and getting the tour.

Dale Jarrett, Rusty Wallace and Brad Daugherty will be participating while Marty Smith gets stuck reporting on the festivities. The President seems to be very sports-minded and it should be interesting to see the interaction with the group.

Update: Thanks to ESPN for the information that Manske and Daugherty will speak with the President live on NASCAR Now.

TDP will live blog this event for those of you who would like to express opinions and offer comments on the show. There have been several high-profile specials done by NASCAR Now over the past three seasons. Some have been wonderful and several have been disasters. This series has come a very long way and there is little doubt that ESPN will have things buttoned-up for this show.

Once everybody calms down, it will be time to go racing. SPEED made a great decision to carry the Whelen Modified race from Bristol, TN at 7PM ET. Even better news is that NASCAR on Fox's Mike Joy and Dick Berggren will call the race with Bob Dillner down on pit road. This is a very historic series with great action and colorful personalities. It should be fun to watch.

At 8PM, Krista Voda starts the Camping World Truck Series coverage with the pre-race show. This week, Voda will focus on Ron Hornaday and his challenge to continue his winning ways in the series. Crew chief Rick Ren will be featured as well. Voda will also follow up on the popular Johnny Benson and how he is doing after a tough wreck in a Supermodified car a while back.

At 8:30PM, the trucks take to the track for what should be a fascinating race. Rick Allen, Phil Parsons and Michael Waltrip will call the action. Down on pit road will be Adam Alexander and Ray Dunlap. A group of very diverse drivers have entered:

Max Papis is there in a special one-off Geico truck.
Short track aces Dennis Setzer and Butch Miller are entered.
TV favorite Kenny Schrader makes an appearance for Federated Auto Parts.
Kyle Busch is back in the Miccosukee truck for Billy Ballew.
Ryan Newman is driving for DeLana Harvick with Pringles as a sponsor.
Former Cup drivers Johnny Sauter and Aric Almirola are entered.
Brad Keselowski is driving a Chevy truck he owns with no sponsor listed.
SPEED's Hermie Sadler is driving a Victory Junction Gang sponsored truck.
Former ESPN announcer Stacy Compton is running and is very good at Bristol.

All in all, Wednesday has the potential to be a great day of NASCAR TV. TDP will be live blogging NASCAR Now at 4:30 and then the live races beginning at 7PM ET. Please join us if you would like to comment on the TV coverage.

We always invite you to comment on the topics discussed above. Just click on the comments button below to add your TV-related opinion. This is a family-friendly website, please keep that in mind when posting. Thanks for taking the time to stop by.
Posted by Daly Planet Editor at 8:00 PM 52 comments: