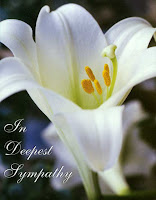 (Updated 12/25/07 Please Read Comments) Word started to circulate through the sports TV community on Friday morning. One of ESPN's best known "crew guys" had lost his life late Thursday night in a single car accident on a Connecticut highway.

Ron Scalise was only 54 years old. In his decades of hard work on the road, Scalise had become an audio legend. As we said many times this season, the ESPN audio of the NASCAR races was outstanding. It had to be, if Ron was in charge.

Few people in the sports TV business had the single-minded focus of Ron Scalise. As a part of his drive, he met and befriended many young people who were willing to work hard and learn the audio side of the business. One outstanding testament to Ron's influence can be read by clicking here for Frenchy's blog.

In the middle of a screaming crowd at a Duke vs. Carolina game, ESPN viewers could hear the players sneakers squeaking on the floor under the basket. When Tony Hawk or Saun White tipped slowly off the lip and headed down the "vert ramp" at lightning speed, all four wheels of that skateboard made their way right into your home.

In my ESPN NASCAR days, it was Ron Scalise at one analog audio board behind a glass window mixing the entire race by hand. He sat in the same part of the TV truck as the Producer, Director, Technical Director, Graphics Operator, Assistant Producer, and Associate Director. It made for cozy confines, and rather stimulating conversation.

Ron Scalise won 14 National Emmy Awards and called Kenmore, NY his home. The sports TV world will go on, but it will never be the same.

Update: To post tributes to Ron, go to ronscaliseaudio.blogspot.com, a site that was set up for that purpose. There will be a memorial service on Dec. 26th in Southbury, and the address for the fund to help his children with college is posted below in the comments section. Thanks to everyone who took the time to share a thought.

The Daly Planet welcomes comments on this column from those who have something to add about Ron, and his work. Just click on the COMMENTS button below. Thank you.
Posted by Daly Planet Editor at 8:00 PM 22 comments:

The Daly Planet Interviews From 2007 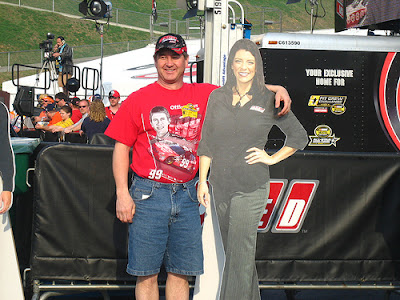 This season, we wrapped-up a full year of NASCAR TV action by interviewing three of the most popular TV personalities here on The Daly Planet.

First up was Steve Byrnes, who has perhaps one of the busiest schedules of any on-air "talent." His appearance in the movie "Dale" and his memories of Dale Earnhardt Sr. were hot topics. To read his interview, click here.

Following Steve was his SPEED co-worker Wendy Venturini. Having just returned from her marriage and honeymoon in the Caribbean, Wendy sat down for a late night session of answering questions submitted by The Daly Planet readers. Please click here to see her answers.

Finally, we greatly appreciated NASCAR on Fox's Mike Joy stopping-by just before Christmas vacation to fill us in on his opinions on a wide variety of topics. Mike has a long and diverse history with all types of racing, and his answers reflected someone with a veteran perspective. To read them, click here.

The Daly Planet interview series will continue the week after Christmas with Krista Voda, the host of the Craftsman Truck Series pre-race show and the "new kid on the block" as a pit reporter for NASCAR on Fox.

We are still talking to a variety of NASCAR TV personalities to complete this "reader interview" series during the off-season. There will be an update shortly.

There are also some new stories involving the TV "faces" that you know from last season's coverage that are about to break over the next several weeks. After a short break of our own, The Daly Planet will return on Wednesday, December 26th.

To all the loyal readers of this blog, thanks for a great season. We received thousands of comments about the hundreds of hours of TV programming that was sent our way by the NASCAR TV partners.

This year will long be remembered for some very interesting TV moments. If you have a favorite single moment that you would like to share, please feel free...within our wonderful guidelines, of course.

The Daly Planet welcomes comments from readers. Simply click on the COMMENTS button below, and follow the simple instructions.
Posted by Daly Planet Editor at 7:54 PM 9 comments: