The dirty little word in the struggle for media access to your home is "convergence." Click here to read the original TDP column about that issue.

Where NASCAR content is concerned, this is the battle between the NASCAR TV partners, the 24 hour NASCAR radio channel on Sirius and the endless array of Internet websites like this one that all compete for your interest.

These various forms of media all want you as a customer and they all are available easily to most consumers. Convergence is when a user can get the very same information from a variety of sources using different types of machines.

After two months of whining by TDP, SPEED is back on the air with some NASCAR TV content. That network will be joined by ESPN2 when NASCAR Now returns on Monday, February 2nd.

Before the TV guys can get things in high gear, the folks at the Turner Interactive Group in Atlanta, GA are going to give you a redesigned NASCAR.com website for use this season.

Guess what the emphasis is on? That's right, the same video content you will be getting from SPEED and ESPN.

Click here for the demos of the various pages of the new website. The new look has added a lot of one-click video options and put the picture and video content front-and-center.

Here is some additional information directly from the Turner folks:

The new homepage will debut on Thurs., Jan. 29 and will enhance the user experience by providing a streamlined design that showcases breaking news and new callouts for race standings, schedules and fantasy games.

In addition, NASCAR.COM will debut a special race day version of the site for every NASCAR Sprint Cup Series race, helping fans gear up for the excitement and intensity of the races with exclusive content and live coverage.

NASCAR.COM is also pulling out the stops with enhanced editorial coverage in 2009, debuting several new features such as Inside NASCAR, a weekly in-depth feature that highlights untold stories both on and off the track; Five Things About, personality driven quick hits about NASCAR drivers, team owners, crew members and officials; and No Margin for Error, comparing and contrasting two drivers every week in their quest to make the Chase for the NASCAR Sprint Cup and hoist the NASCAR Sprint Cup trophy.

TNT announcers Kyle Petty and Larry McReynolds are among those who will contribute new regular columns and video commentary, while during the network’s six weeks of racing NASCAR.COM will also once again employ RaceBuddy, an animated online companion that provides viewers extended race coverage on-air and online. RaceBuddy was recently awarded a Global Media Award as the outstanding interactive platform of 2008.

Well, this should make for a very interesting choice for consumers. NASCAR.com has aimed squarely at NASCAR Now and Sunday shows like RaceDay and Victory Lane.

This is an Internet vs. cable TV show-down with both signals probably brought into your house by the very same wire. Talk about convergence at its finest.

The competition for NASCAR video should be fun to watch. Fans may remember that NASCAR.com already gets exclusive video clips from shows like This Week in NASCAR and others produced by The NASCAR Media Group.

Once the season gets underway, TDP will revisit the battle of daily NASCAR video updates and news between the TV partners and NASCAR.com, which is the only official NASCAR website on the Internet. It should be interesting.

The Daly Planet welcomes comments from readers. Just click on the COMMENTS section below and follow the easy instructions. The rules for posting are located on the right side of the main page. Thanks for taking the time to stop by.
Posted by Daly Planet Editor at 4:45 AM 11 comments: 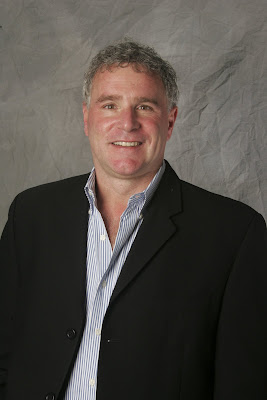 Here we go again. Thanks to reporter Dustin Long, ESPN's top motorsports executive has spoken about the topic no network will touch. That is why side-by-side commercials work on the IRL races but not on NASCAR events.

As the Vice President of Motorsports, Rich Feinberg has presided over an often turbulent re-entry into NASCAR by the various ESPN television networks. He has been responsive to viewer issues and made many changes to on-air staff and production agendas over the past two seasons.

Here are some excerpts from Feinberg's conversation with Long about who is responsible for making the side-by-side concept work. Is it the network, the sponsors or NASCAR?

"It has to come from all three," Feinberg said. "We as a broadcast entity have to believe that it's something that is good. The sponsors have to be on board because, let's face it, they foot the bill for the whole thing, right? So, their interest in dual messaging, in one box is my commercial, which I paid you millions to run for your viewers to hear and in other box is competition. They've got to buy it, and NASCAR has to buy it."

"The reality of the question of why not in NASCAR and you are doing it in open-wheel, the simple answer to that is that our rights agreement with NASCAR precludes us from doing that."

"That doesn't mean someday we won't do it and we won't figure out a way to do it in NASCAR and with our partners. We've all got to come together to do it. It's a very tricky and challenging situation. I can understand how race fans want it. I love it as a race fan."

"Going to commercial while the race is going on is risky business and we've all be criticized for that too. It is a business and we've got to pay the bills somehow. And I understand but it's just not as simple as us standing up and saying we're doing it."

"You as the sponsor, if my box is going to be 60 percent smaller for commercial, then you're going to charge me Mr. ESPN 60 percent less, right? Our answer is no because the rights fees (with NASCAR) didn't go down. So, I understand the simple race fan not in our business isn't there to figure out our business and our industry and looks at the screen and says why can't they do it? And I welcome explaining it ... because the more race fans understand that it's not as simple as just saying we're doing it, it's an economical, it's a business thing."

"I think if we did it we would want to figure a way to do it consistently like we do on Indy car as opposed to a one-time stunt kind of thing (TNT's Wide Open Coverage), that gets you a little bit of media and I guess you're serving the race fan for one of your 17 Cup races or one of your 35 Nationwide races but then the first thing they're going to say is, well, aren't you going to do it again? It's a tough thing to do. It's an economic formula and sponsors want their message to come across as loud as they can. That's what they pay millions of dollars for commercials for.''

This is a very good and candid assessment of the side-by-side situation from Feinberg. Thanks again to Dustin Long from the Landmark Newspaper Group for the interview. Basically, fans can once again expect the regular commercial rotation and insertions into the live races with the exception of the summer Daytona race should TNT choose to offer the Wide Open Coverage once again.

Has the commercial load in the NASCAR races changed the way you watch the events? How many of you purposefully record the races and watch them later specifically because you are able to fast-forward through the commercial breaks?

The Daly Planet welcomes comments from readers. Just click on the COMMENTS button below and follow the easy instructions. The rules for posting are located on the right side of the main page. Thanks again for taking the time to stop by.
Posted by Daly Planet Editor at 4:30 AM 29 comments: 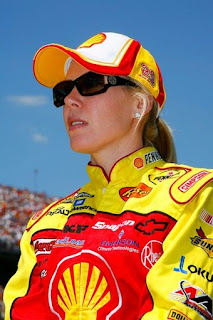 The Daly Planet welcomes comments from readers. Just click on the COMMENTS button below and follow the easy instructions. The rules for posting are located on the right side of the main page. Thanks for taking the time to stop by.
Posted by Daly Planet Editor at 4:15 AM 22 comments: