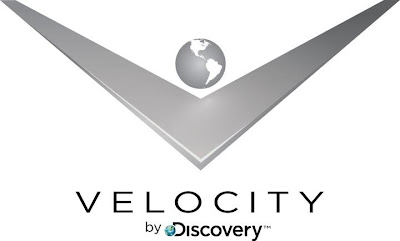 Some motorsports fans have fond memories of a TV network that was called SpeedVision. The original concept was to combine shows about cars, motorcycles, boats and airplanes into a 24-hour cable network.

The idea was to feature racing, but also to serve enthusiasts of those four disciplines. Program offerings ranged from the British Touring Car Series to old World War II airplane documentaries. It was an eclectic mix.

After a few short years, the network was bought by the FOX Cable Network group. The plan was to move to Charlotte, NC and become the NASCAR TV Network. Needless to say, for a variety of reasons, the second part of that equation never happened.

Instead, SPEED is now stuck in Charlotte living a bipolar life of NASCAR on the weekends and "lifestyle" programming on weeknights. It's a battle between the Camping World Truck Series and Dumbest Stuff on Wheels.

The original Executive Producer of SpeedVision was Bob Scanlon. He departed the network after it was sold to FOX. For the past several years he has been slowly working on something you may have stumbled across on your cable dial called Discovery HD Theater.

Clicking through the channels you may have seen the World Rally Championships, a series once carried by SPEED. There was also motorcycle racing like the Isle of Man TT and even live auto auctions. HD Theater was also an eclectic mix.

Since then Scanlon has worked with the Discovery executives to build a new full time cable network with a distinctive brand. The result is Velocity TV, which takes to the air on Tuesday. It's an interesting format that will no doubt continue to evolve.

"It is going to be a game changer," said David Zaslav, the CEO of Discovery Communications. "As the first network devoted to the upscale men's market, Velocity will be a hub for viewers within this key demographic as well as the wealth of advertisers that target them."

While it's clear that Zaslav has one eye on paying the bills, the actual programming on Velocity looks to appeal to a much broader audience. NFL Films just inked an exclusive deal for two new series that debut on the network Wednesday night. Just like NASCAR, the NFL has a strong female demographic.

Annie Duke brings her Epic Poker league to Velocity, promising a new approach to poker on TV. Velocity has Mecum Auto Auctions as its own version of SPEED's Barrett-Jackson. Familiar names like West Coast Customs and Overhaulin' are also on the menu.

In talking about the network, Scanlon seems to offer a wider perspective. "In the same way that a car once defined the person who drove it, Velocity will define the viewer who watches it," said Scanlon. "Whether you are a car aficionado or just someone who prefers fast-paced, high-stakes television, Velocity will become a must-have entertainment destination."

One other key element that Velocity has behind it is the power of the Discovery brand. This global media company is not shy in pursuing the content and personalities it wants for its portfolio of American television networks.

In our world here at TDP it's going to be very interesting to see if the struggling NASCAR Media Group, a company who recently dismissed it's own veteran Executive Producer, will be entering into a discussion with Velocity anytime soon. There is good reason to believe the phone might already be ringing.

The most recent news from SPEED was that a new slew of "lifestyle" programming had been ordered for 2012. Click here to read "No Greenlights for NASCAR" from September 29th. In addition to renewing Dumbest Stuff on Wheels, My Ride Rules and the amazingly awful Car Warriors, SPEED made public it's new weeknight line-up.

Featured will be Pumped, an "ambush-style quiz show" set at gas stations and hosted by a comedian. Whipped lets contestants drive on an "extreme" obstacle course and Hard Parts is about a South Bronx company's search for rare auto parts. NASCAR was never even mentioned.

One NASCAR Media Group show that might fit into the Velocity line-up is the current Inside NASCAR series airing on Showtime. Cut from the original hour to thirty minutes, it's clear that NASCAR and Showtime are at best a shotgun marriage driven by cash.

Moving this series to Velocity would put it in front of 40 million cable homes instead of the tiny slice of the Showtime audience that cares about sports. NASCAR would escape the stigma of the adult programming world and return to a broader network with a wider appeal.

Velocity has several former SPEED production executives in key roles, so there is little doubt that programs like Behind The Wheel and 7 Days might be on the agenda for the future. High-end glossy programming is what both the NASCAR Media Group and Velocity have in common.

It's exciting to have a new TV player in the game. Once January rolls around, the VERSUS network will be changing into the NBC Sports Network and also announcing a new programming line-up. That brings both Discovery and NBC actively into the sports programming business on a full time basis in support of 24-hour cable channels.

Velocity has a Facebook page with lots of video previews, many of which are also available on YouTube by searching for "Discovery Velocity" as a user account.

We will keep you updated on the happenings of these two new networks as they apply to NASCAR. In the meantime, we welcome your comments on this topic. To add your opinion, just click on the comments button below.