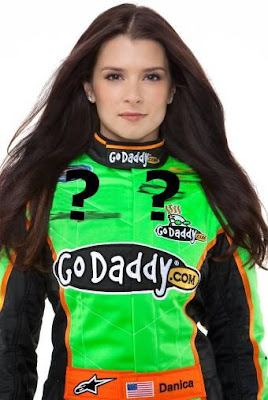 Now that she has graciously allowed the Sprint Cup Series to have its banquet in relative peace, Danica Patrick is ready once again to take the spotlight.

The Sporting News is confirming that Patrick will announce on Tuesday afternoon at 1PM ET that she will drive for JR Motorsports next season in both the NASCAR Nationwide and the ARCA Series. Click here for the story link.

From a TV perspective, this is a big help to both ESPN and SPEED. ARCA will have ten races on SPEED while ESPN carries the entire Nationwide season. Potentially having Patrick in both the ARCA and Nationwide Series races at Daytona in February will be a great way to kick-off the year for those organizations.

Over at scenedaily.com, Bob Pockrass is confirming that Patrick will be at the Daytona ARCA testing session on the December 18th weekend. Click here for that story.

Dustin Long at HamtonRoads.com has a list of the possible races that Patrick can enter considering her IRL schedule. Click here for that link.

The most interesting part of this is that GoDaddy.com will be streaming the press conference live online at 1PM ET. This is quite different from the technically challenged NASCAR teams who struggle with awkward TV press conferences on SPEED. Kyle Busch will have one this Friday afternoon as he announces his Camping World Truck Series team plans for next season.

We will use this post to cover the live press conference as well as take your comments on Danica coming to ESPN and SPEED next season. This will be a whole new world of media issues and interaction that she is certainly not used to on the IRL side. That alone should be fun to see.

To add your comment, just click on the comments button below. This is a family-friendly website, comments may be moderated before posting. Thanks for stopping by.
Posted by Daly Planet Editor at 6:30 AM 58 comments: