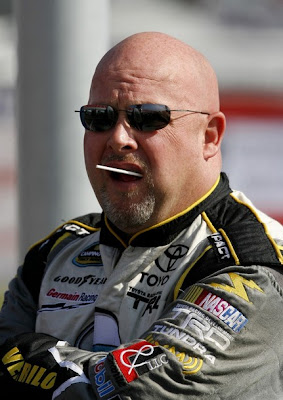 Everyone is on vacation! Friday night the weekend begins with the Camping World Trucks at the Kentucky Speedway.

Krista Voda hosts the pre-race with Ray Dunlap and Adam Alexander as the reporters. Rick Allen, Phil Parsons and Michael Waltrip will call the race on SPEED.

Kentucky Speedway is fast and the trucks should quickly split into to groups. Those who can stay on the lead lap and those who are destined to get lapped a lot. This is a very diverse field tonight and it should be interesting to notice how many "start and parkers" are going to crank it up.

The speedway makes good TV pictures at night, but it is yet to be seen how many cameras SPEED will have available tonight. The CWTS TV team is well-known to most fans. The show is straightforward and makes sense to fans.

This post will host your comments on the TV coverage of the trucks from Kentucky. To add your opinion, just click on the comments button below. This is a family-friendly website, please keep that in mind when posting. Thanks for taking the time to stop by.
Posted by Daly Planet Editor at 7:03 PM 139 comments: 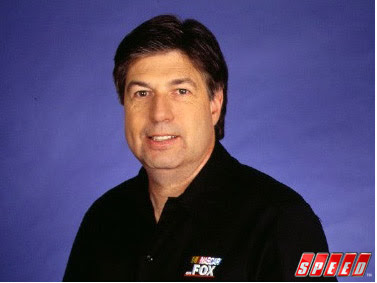 Here are some notes heading into the NASCAR tripleheader weekend:

Because of the truck race, there is no Trackside on SPEED this Friday night. It can't move to Saturday because the Nationwide Series race is also at night.

Mike Joy is back in the SPEED TV booth on Saturday calling practice and qualifying for the Sprint Cup and Nationwide Series from Atlanta, GA. He will be joined by the usual suspects in Larry McReynolds and Jeff Hammond. John Roberts will be hosting the NASCAR Live shows between sessions.

College football has started, so this is the first weekend where the Nationwide Series pre-race show on ESPN2 at 6:30PM is three hours after kick-off of a game. Needless to say, be ready to see it joined in progress. Another football game is scheduled for 10PM immediately after the race is supposed to be over.

Nicole Briscoe and Ricky Craven are handling the NASCAR Now weekend studio shows on ESPN2. Shannon Spake and David Newton will be reporting from the Atlanta Motor Speedway. Show times on our TV listings on the left side of the page.

ESPN is once again having the TV team double-up this weekend. Marty Reid, Dale Jarrett and Andy Petree will call both the Saturday Nationwide and the Sunday Sprint Cup Series events. Allen Bestwick, Brad Daugherty and Rusty Wallace will be riding it out in the Infield Pit Studio. Yes, Tim Brewer and the Tech Garage will also be there!

On Thursday's edition of Race Hub, Bob Dillner said testing would be returning to the Daytona International Speedway this year. With new pavement, there had to be something done and open testing for teams in all three series seems to be the solution. Thatsracin.com reporter Jim Utter passed along that he heard January 17 - 21 are the tentative dates.

There is a new list of events available for fans in Las Vegas during the banquet weekend in the post-season. Click here for the scenedaily.com page link for the details. Hopefully, some more sponsor-driven events will be added.

There is no daytime NASCAR TV coverage on Friday. We will be live blogging the truck race Friday night, please join us then. In the meantime, please feel free to leave your comments on the topics above. Thanks for stopping by.
Posted by Daly Planet Editor at 8:15 AM 10 comments: