In-Progress At Daytona: "RaceDay," The Gatorade Duels and "Victory Lane" 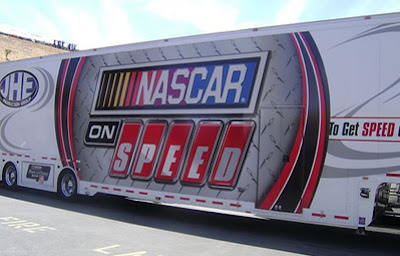 Thursday marks the beginning of the serious racing for the NASCAR Sprint Cup Series this season. There are many stories in-progress surrounding the Gatorade Duel races airing this afternoon at 2PM Eastern Time on SPEED.

Prior to the actual racing, SPEED has a one hour edition of RaceDay at 1PM. With all of the engine issues and driver/team combinations involved in these two races, Wendy Venturini should be very busy down in the Garage Area.

RaceDay will have the full cast of characters on-hand led by John Roberts. The NASCAR on Fox team will call the Gatorade Duels, and then Roberts and crew return to host a one hour edition of Victory Lane scheduled for 5:30PM.

With all the things that can go wrong in these races from rain to wrecks to group engine failures, it should be interesting.

This page will serve to host your comments about the afternoon of NASCAR programming on SPEED. Please feel free to post before, during, or after the programs. To add your comment just click on the COMMENTS button below and folllow the easy instructions. The rules for posting are located on the right side of the main page.

Thanks again for taking the time to stop by and share your opinion at The Daly Planet.
Posted by Daly Planet Editor at 9:00 PM 54 comments:

Reminder: "RaceDay" On Before The Duels 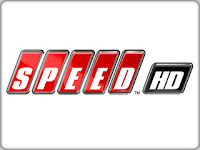 Here is a program note. There is a special one hour edition of RaceDay that will air at 1PM prior to the Gatorade Duels from Daytona.

As this is a special set of races that only occurs once a year, there is not the normal network pre-race show.

Immediately after the Duels, there will be an edition of NASCAR Victory Lane. That show is scheduled for 5:30PM with a re-air at 12:30AM Eastern Time, but it would be wise to record the whole programming block.

Here in Florida we have been having rapidly changing weather this week. In addition, any incidents on the track in the first Duel race could push the entire program line-up back. Set-up your recording devices with that in mind, and things should be fine.

There will be posts up on Thursday around Noon Eastern Time for your comments on RaceDay, the Duel races and the Victory Lane program. Thanks.
Posted by Daly Planet Editor at 8:14 PM 7 comments:

The normally tightly scripted weekday version of NASCAR Now was put to the test with the breaking news about engine problems at Daytona.

Hosting from the studio, Ryan Burr introduced Lead Reporter Marty Smith who immediately addressed the issue. Smith had a lot of solid details about the actions being taken by many of the teams that all centered around engines.

Next up was Jeff Gordon, who for some reason spoke with Ryan Burr back in Connecticut rather than the ESPN on-air staff in Daytona. This is still a rough spot for the show, as Burr is relatively new to NASCAR and putting him on the spot with this type of interview is not really the best idea. With lots of troops on the ground in Daytona for the network, this was an interesting decision.

Jimmie Johnson is always a good guest. He is also Jeff Gordon's teammate. Jimmie was the next guest on NASCAR Now, and once again there were none of the ESPN veterans around in Daytona to conduct this interview. Burr, from Connecticut, was alone in the studio to ask the questions.

There must have been an ESPN staff meeting in Daytona because Nicole, Brad, Rusty, Andy, Jerry, Allen, Dale and even the new addition Ray Evernham were all apparently in it. Any one of them could have stepped-in for three minutes and handled these two key interviews of these past champions.

Burr has worked hard to learn the sport, and his questions were certainly solid from a journalistic standpoint. Regardless of who is in the Connecticut studio, there is one lingering issue. On the day before the Gatorade Duels and after an ESPN press conference confirming more involvement of the ESPN race announcers in NASCAR Now, where did everybody go?

Tuesday, Nicole Manske was seated in the ESPN Infield Studio and acted as the Daytona host for this program. Today, Rusty Wallace and Brad Daugherty were standing in the Media Center with microphones in their hands and once again answering questions from Burr in Connecticut.

Ironically, Manske was next from the same Daytona location with the same microphone in her hand. She introduced a pre-produced package that used good "soundbites" to preview the Gatorade Duels. On this day, rather than hosting the Daytona coverage, Manske was simply reporting. After Tuesday, this was a change of direction.

The Hendrick theme continued with Marty Smith hosting a pre-produced interview with all four Hendrick drivers. Marty set a casual tone, and asked some good and slightly unusual questions. Once the talk turned to racing, the tone changed and the answers became honest and very interesting. Gordon was clearly the elder statesman of the group, and he is now a very well-spoken father and champion. The second part of the feature continues on NASCAR Now on Sunday.

Kevin Harvick was up next. As expected, he was on camera from the same location with the same microphone talking to Ryan Burr back in Connecticut. Harvick was as outspoken and fiesty as usual, and he seems to be poised for a big season. Having the Daytona 500 winner on the show the day before the Gatorade Duels was a smart decision. Being interviewed in this manner, was not.

After some random news and notes, the show was over. This hour was the final dress rehearsal before real racing and lots of real news begins in earnest for 2008.

Key to this show are the supporting players, and they need to be involved in interviews with NASCAR personalities all season long. Burr will probably be the first to admit this is a learning year for him. The fans deserve ESPN veteran analysts asking the questions, not the studio host.

With all the resources of ESPN, it is going to be interesting to see if they can own-up to the promises of ESPN VP Rich Feinberg when he says the entire NASCAR team will work as one. On this night, they came up a bit short.

With SPEED still on-the-air with the Gatorade Duels and then Victory Lane, ESPN has NASCAR Now airing at Midnight Eastern Time Thursday for thirty minutes. We will keep you posted on this program all season long as it works to change into a comprehensive NASCAR news TV series.

The Daly Planet welcomes comments from readers. Simply click on the COMMENTS button below and then follow the easy instructions. Thanks again for taking the time to stop by and leave your opinion.
Posted by Daly Planet Editor at 6:00 PM 17 comments: 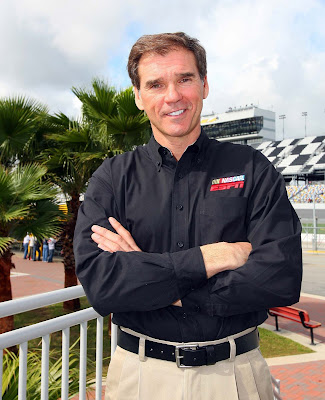 Wednesday morning, ESPN held a press conference in the Infield Media Center of the Daytona International Speedway. Several items were discussed, some good questions were asked and one big announcement was made.

First, the announcement was that Ray Evernham will be joining the NASCAR on ESPN team for the entire 2008 season in a variety of roles. Evernham was a frequent guest in the Infield Studio in 2007, and he seemed to work well with the ESPN crew.

NASCAR Now will feature Evernham on their Monday roundtable segments, and he will also appear on other days to add opinion and commentary to that series. Up in the announce booth, Evernham will be the Lead Analyst for the Nationwide races from Mexico City and Loudon, NH.

In this press conference, Rich Feinberg from ESPN once again stated that he was proud of the network's NASCAR efforts last season and that this year was going to see some changes.

"Draft Track" is being revised, or as Feinberg says "updated." It will be seen at less races, but when it is used their will be more applicable information available. It will be interesting to see what new Lead Analyst Dale Jarrett makes of that gizmo.

Commercial rotation and load is being studied, and perhaps will be varied by track. By that Feinberg means that for the road courses and superspeedways, a longer commercial break may fit under a caution flag. Conversely, at short tracks the network might go away for one minute at a time instead of three. This would allow the production team to catch re-starts at a track with lap times under thirty seconds.

Rusty Wallace was present, and indicated that he thought ESPN did an outstanding job last season, despite "taking some heat." He re-committed to his new role in the Infield Studio alongside of Allen Bestwick and Brad Daugherty. That combination should be an interesting one to watch.

Dale Jarrett was poised and once again seemed to be the right person to step-in and get the ESPN NASCAR "ship" back on course. His remarks were measured, honest and made complete sense in terms of his transition from driving to the commentator role.

ESPN's Wendy Nix, Bob Holtzman and David Amber were unable to offer NASCAR Now anything other than "amateurish" news reports from the track. You may remember that it was David Amber who drew the wrath of Tony Stewart for Amber's reporting style in the garage area which would have been better suited to EXTRA or Access Hollywood.

Feinberg indicated that this year, all of the NASCAR TV production across the board has been merged into one big unit. This should result in more of the ESPN NASCAR personalities being featured on NASCAR Now, SportsCenter, and ESPNEWS. Hopefully, this influence will also spread to ESPN Radio and result in a higher profile for the sport in the giant media company that ESPN has become.

So, the ESPN crew is set and the final press conference had been concluded. On Saturday, ESPN begins once again to try and tackle one of the biggest TV committments in terms of manpower, expense and logistics that the company has ever take on.

With lots of positive changes and a renewed sense of enthusiasm, 2008 promises to bring better racing TV to the NASCAR fans from the Worldwide Leader in Sports.

The Daly Planet welcomes comments from readers. Simply click on the COMMENTS button below and follow the easy instructions. Thanks again for taking the time to stop by.
Posted by Daly Planet Editor at 11:23 AM 25 comments: