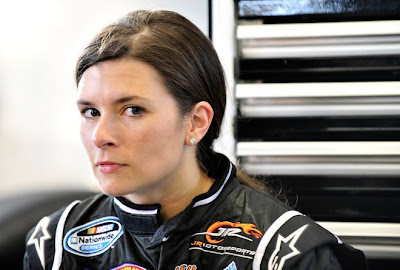 Marty Reid is back after calling the Indy 500 for ABC. He steps in with Dale Jarrett and Andy Petree to call the race. Mike Massaro, Jamie Little, Dave Burns and Dr. Jerry Punch are going to cover pit road.

Allen Bestwick has Rusty Wallace and Brad Daugherty alongside for the pre-race show. Danica Patrick is in the field, as are three Sprint Cup Series drivers who flew from Kansas Speedway after qualifying. Carl Edwards, Brad Keselowski and Kevin Harvick are set to compete with a fading field of Nationwide Series regulars.

The story of this race might begin with the start and park cars. There are at least ten cars currently rumored to be starting and parking, with even more possible. Watch for these cars to drop off quickly and cash in after a long tow to Chicago.

Reid may have to reach into his bag of tricks to make portions of this race exciting. This is going to be especially true if the three Cup drivers go to the front and battle it out among themselves. It is not expected that Danica will play a role in the outcome.

ESPN has been working hard on the telecasts and making strides toward actually following the flow of the racing and not the stories discussed in the pre-race show. This will be especially interesting tonight as there is one group racing for the win and another group racing for the driver's championship of the series.

The track had rain earlier in the day and weather could still be a factor. Chicagoland tends to string-out the field rather quickly on restarts and is a track position race. Long green flag runs are typical of the facility.

This post will serve to host your comments on the ESPN coverage of the Nationwide Series from Chicagoland Speedway. To add your TV-related opinion, just click on the comments button below. This is a family-friendly website, please keep that in mind when posting. Thank you for taking the time to stop by. 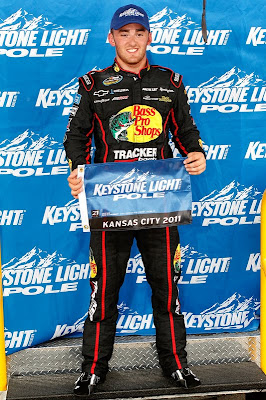 It's the 400th race in the truck series this weekend in Kansas. Several title sponsors have worked with this series, with Camping World currently paying the bill.

Several TV networks have also televised the trucks, but the series has settled into a very happy relationship with SPEED. The network has consistently delivered a quality product at a much lower production cost for NASCAR.

This week, Krista Voda hosts the pre-race show from the starting grid at the Kansas Speedway. Ray Dunlap and Hermie Sadler are the reporters. Voda has been a critical part of the TV success with her simple and straightforward delivery of news, features and information. Bad puns aside, Voda sets the right tone for the racing.

Rick Allen knew nothing about NASCAR when he made his way from the Midwest to Charlotte to call the truck series races. Allen has "great pipes" and the ability to take a race and crank-up the excitement level. In terms of the Nationwide and Sprint Cup Series TV races, this is an element that is sorely missing.

Phil Parsons has been the Andy Petree of the truck series. He flies below the radar, does not promote himself and has been consistently delivering quality analysis for many years on SPEED. Parsons and Petree just keep showing up and getting the job done.

The spice in the truck series telecasts is always offered by Micheal Waltrip. Fans either love his enthusiasm or think he is completely full of himself. Waltrip is a completely different person from the happy-go-lucky driver who used to clown around with Kenny Schrader and Johnny Benson on Monday nights.

These days, Waltrip has a lot going on. He is about to race in the 24 Hours of LeMans, his best-selling book is about to be made into a movie and he continues to run a multi-car Sprint Cup Series team.

When Waltrip is focused and on his game, the partnership in the TV booth works quite well. But when Waltrip is too loud, too overpowering and loaded with sponsor promotions he affects the entire telecast. Let's see just which Mikey shows up today.

This post will serve to host your comments on the SPEED coverage of the Camping World Truck Series from Kansas Speedway. To add your TV-related opinion, just click on the comments button below. This is a family-friendly website, please keep that in mind when posting. Thanks for taking the time to stop by.