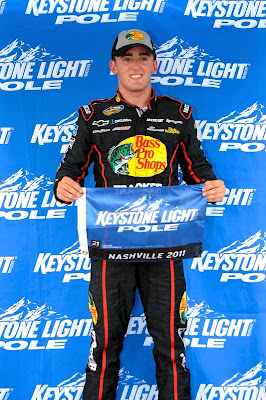 It's time once again for the series providing the best NASCAR racing this season. The Camping World trucks are in Nashville and it's hot!

Krista Voda opens the telecast with the pre-race show. It should be interesting to see what the temperature on pit road is this week. Ray Dunlap and Hermie Sadler will be the pit reporters.

Rick Allen, Phil Parsons and Micheal Waltrip will call the race from the booth. Once again, the key component to this team is Waltrip. When he takes the team role and works as an analyst with his TV partners, these telecasts shine.

If Waltrip tries to step-up and take the lead announcer role, the telecast will have the kind of struggles we have seen with him in the past. While he certainly has the ability to dominate and talk over the top of Allen and Parsons, Waltrip has been working very well in this team setting recently.

Nashville is a tough track and the quality of the racing depends on how wide the groove becomes as daytime changes to night. The trucks have been putting on a solid show despite a limited field and this week should be no exception.

This post will serve to host your comments on the SPEED coverage of the Camping World trucks from Nashville. To add your TV-related comment, just click on the comments button below. Thanks for taking the time to start by. 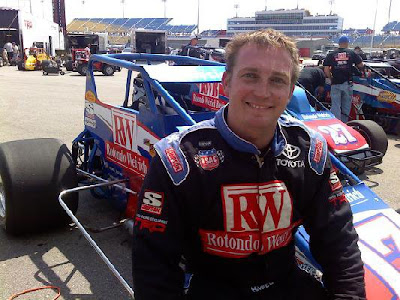 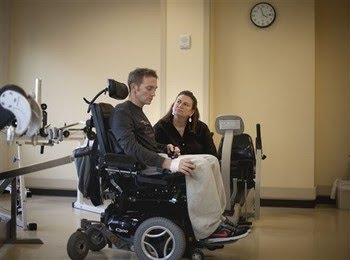 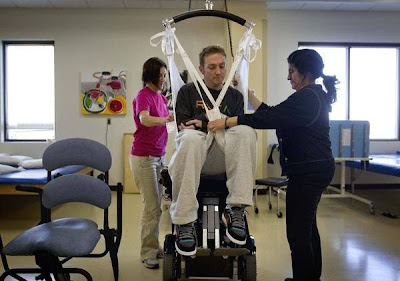 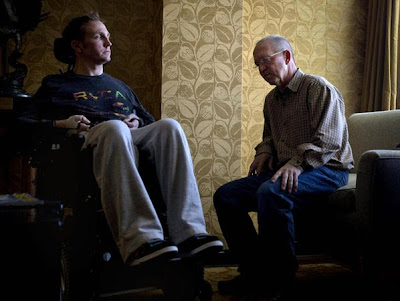 Update: Leaving this post up for comments from viewers who saw the Hmiel piece on RaceHub. Live blogging Camping World Trucks from Nashville, TV Friday night.

As an off-week approaches for the Sprint Cup Series, SPEED finds itself with a little extra time available for special programs. Wednesday the network hosted a roundtable panel that looked back on the first half of the season.

Thursday night at 7PM ET, a special edition of RaceHub takes a look at the amazing journey of Shane Hmiel.

Veteran fans may remember the brash young man for his hard driving on the track. NASCAR asked Hmiel to leave the sport for his hard living away from it. Ultimately, Hmiel survived a horrific accident that resulted in changes to almost every part of his life. It was a life that many believe was spared for a reason.

"I started working on this in January,” said show host Steve Byrnes. "I wanted to go into the interview as open-minded as possible. I didn’t have a point of view. I just wanted to listen and Shane opened up about everything."

"What I walked away with was this," Byrnes continued. "Here is this guy in the prime of his life, who had turned his life around and now (after the accident) has every reason to be bitter. But his message is so positive, it inspired everyone in the room."

Byrnes has known Shane's father, NASCAR veteran and current EGR executive Steve, since 1985. In this TV special, both of Shane's parents as well as his brother Tyler and also family friends talk for the first time on national television about the ordeal.

We not not normally link videos, but this is a bit different. Click here for a view of Hmiel's accident in Terre Haute, Indiana. On a random day at a random track, Hmiel's car hooked a rut in the dirt and headed toward the fence in the worst possible way for the driver. There were no other cars on the track. Hmiel almost died alone.

Somehow, Hmiel defied the odds and survived. The story that has unfolded since that day in October of 2010 is about to be told on Thursday night in the words of those involved.

RaceHub is slowly becoming a powerful TV tool for SPEED. Developed originally as a Monday through Thursday half-hour, the network expanded the show to an hour and things began to click.

The rest of the puzzle fell into place when SPEED convinced Byrnes to come off the road and take a position as the host of the series. Few broadcasters are as versatile in TV and as knowledgeable about the sport as Byrnes.

Those who have screened the program have told me it is a very powerful hour with a storyline that represents the ultimate reality for those involved. It's an outstanding effort by Byrnes, SPEED and the RaceHub staff to put this project together.

We will use this post to host your comments before, during and after this TV special. To add your opinion on this topic, just click on the comments button below. Thanks again for taking the time to stop by The Daly Planet.