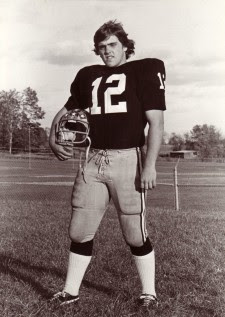 SPEED Channel knew it had walked into a pressure cooker on Friday in Fontana, CA. The network had committed to almost eleven hours of NASCAR programming, including the practice sessions and qualifying of both the Busch and NEXTEL Cup Series.

Any doubt about the reality of the pressure cooker was erased when the crew encountered temperatures hovering around one hundred degrees for the better part of the day. Welcome to Southern California.

The day-long TV activity on Friday was once again quarterbacked by SPEED's Steve Byrnes. Combined with Jeff Hammond and Larry McReynolds, this trio worked their way back and forth between the Busch and NEXTEL Cup Series practices seamlessly.

Bob Dillner and Wendy Venturini braved the scorching garage area to continue SPEED's excellent relationship with the NASCAR drivers and personalities. These two worked hard to keep up with a wide variety of stories, including California's Jimmie Johnson appearing in the Busch race.

SPEED's cameramen in the garage needed to get the cameras off their shoulders and show viewers what the mechanics and team members were doing up-close and personal. NHRA style pictures, these were not.

John Roberts was manning the SPEED Stage early, and did a great job of directing network traffic between the on-track and off-track live shows. Roberts had Hermie Sadler and Randy Pemberton helping him in the garage, and rookie reporter Sadler turned in a good performance. There will be more about Sadler later. Pemberton is always enthusiastic, and his follow-up with the Goodyear Tire guys about the heat was smart and concise.

In NEXTEL Cup practice, Larry McReynolds just went off on the California garage area facilities. "These garage areas are the worst...on the circuit. Its the most aggravating place we go to. They put two cars in a stall where one should be." said McReynolds. That certainly was out-of-the-blue and Jeff Hammond agreed that things looked nice, but absolutely did not work nice behind the scenes.

As the day progressed, SPEED began to bring-in new announcers and offer some brief relief from the heat. Rutledge Wood stepped-in as a reporter, but his strength is not garage area interviews, and he leaves a lot of good information on the table. It was time for hardcore information, not continued goofing around.

The versatile Byrnes came down from the announce booth and moved to the SPEED Stage to anchor the late afternoon coverage that included the relatively new Go or Go Home show. This quick overview of who has to make the race on speed was good, and served as a primer for the qualifying that was up next. Bob Dillner did a lot of work in the garage speaking with the drivers in question.

By the time NEXTEL Cup qualifying came around, SPEED had decided to let some of their announcers spread their wings. The network put John Roberts in the booth, along with Jimmy Spencer and Hermie Sadler. This trio would take viewers through the live Cup qualifying which was the key to SPEED's entire day.

You couldn't wipe the smiles off the faces of Spencer and Sadler when they appeared on-camera at the beginning of the program. While Hermie Sadler has proven to be a quick study and continues to widen his array of TV skills, the same cannot be said for Spencer. The theory may have been there, but the reality was not.

Spencer struggled with his "TV mechanics." He constantly interrupted both Roberts and Sadler, because that is a role he knows from RaceDay. In the same way that Rusty Wallace began the season with his "I'll tell you what" catch phrase, Spencer coined "You know, Johnny..." in this broadcast.

This sloppy TV approach was a shame, because Spencer had good information and a lot of observations that only a veteran driver would have. As the drama of both the pole and making the race began to play out, Spencer's excitement level got hotter than Jeff Gordon's engine at Darlington.

This made things a bit tougher, as Spencer would just talk whenever he wanted, forcing the other members of the crew to pause over and over again. The concept of sharing was not in effect, especially when the drama was high. It might have made viewers aware that some elements of being good on TV come with practice, and not necessarily from being an experienced former driver.

Luckily, all three of these men work together on RaceDay, so Sadler and Roberts know how to deal with the raw energy and enthusiasm of Spencer. Roberts managed to keep things organized, and Sadler carefully added his analysis when he had a moment. Perhaps, with more play-by-play experience, Roberts would have kept the lid on Spencer just a little tighter.

SPEED wrapped-up their NASCAR block with the popular show Trackside. It was fitting that Steve Byrnes closed out this TV coverage alongside Larry McReynolds and Jeff Hammond. After a long day, these three managed to keep the energy high and served-up a strong live hour.

Unfortunately, like everything else on Friday, there was only a sparse crowd on-hand for a memorable live interview of Ricky Rudd, who looks like he has finally come to peace with his retirement from racing. Time has mellowed this intense man, and he seemed to enjoy every minute of the conversation and stories that followed.

Elliott Sadler eventually joined the panel after cleaning-up after qualifying, and Sadler continued to show fans and viewers why SPEED has invested a lot of time and effort into developing his on-air personality. He has a natural television presence.

Ward Burton also stopped-by and the panel treated him with great respect, despite his issues this season and his struggles to get back in the sport full time. This is the type of small thing that endears SPEED's NASCAR crew to the viewers. They get it.

So, on a huge day in Fontana for SPEED, the network put together a strong performance under difficult circumstances and gave NASCAR fans sensory overload. They worked to integrate their on-air talent in a variety of roles, and ultimately ended-up with the normal good and bad elements we see in live sports TV.

Very quietly, Steve Byrnes has emerged as SPEED's most high-profile NASCAR TV host. Without Fox Sports Mike Joy on-hand, Byrnes can bounce back and forth between the announce booth and the SPEED Stage filling both roles.

As the picture above confirms, this former high school football quarterback already had some experience with leading a team to a championship. Well, it was a Maryland state championship, but we all started somewhere. Now, about that hair...

The Daly Planet welcomes comments from readers. Simply click on the COMMENTS button below, or email editor@thedalyplanet.tv if you do not wish to be published. Thanks again for taking the time to stop-by.
Posted by Daly Planet Editor at 9:54 PM 13 comments: