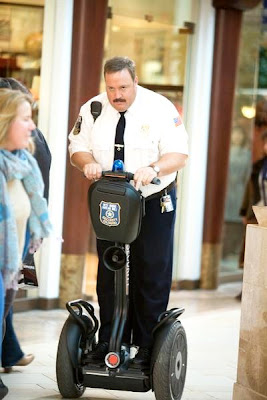 Let's all take just a moment and say it together. There is no testing at Daytona this season. That means SPEED's TV series called Preseason Thunder relocated from the Daytona International Speedway to the SPEED studios in Charlotte, NC for the past four days.

Normally, this series provides a wrap-up of the Daytona testing activities, an overview of the NASCAR news and a featured interview with a NASCAR personality. The program serves to get fans back into the NASCAR groove before the real racing gets underway in February.

While SPEED's new studios are pretty and it is nice to see the NASCAR announcers once again, things on the air seem to be drifting off-course rather quickly. Sometimes, this happens when there are lots of cooks on-hand to stir the pot.

So far this week, the Preseason Thunder hosts Steve Byrnes and John Roberts have followed one theme. They have asked Jeff Hammond, Greg Biffle, Ryan Newman, Jimmy Spencer, Kenny Wallace, Michael Waltrip and Larry McReynolds about the fact that there is no testing this season in Daytona.

While Byrnes and Hammond included a brief review of some real NASCAR news, Preseason Thunder has now turned into an exercise in political correctness and a promotion of SPEED programs. Nothing illustrated this point better than the Thursday evening broadcast.

It was McReynolds' turn to talk about the fact there was no testing and he did so right at the top of the show with Roberts. McReynolds effectively covered the exact same ground as the other guests from the previous three days. There was no hard news, no tough questions and no reality check about the health of the sport.

In the Wednesday program, Roberts had mentioned that veteran reporter Ray Dunlap would be on the Thursday show to finally talk about the Camping World Truck Series. This is the only NASCAR racing series carried on SPEED and recent reports in the media had as few as ten trucks with sponsorship for the season.

Fans of the truck series have been waiting for someone like Dunlap to step-up and talk about what is going to happen with the series, the TV coverage and the quality of the racing on the track. Unfortunately, those fans would have to wait just a bit longer. It was time for a "Mall Cop" movie promotion.

Comedian Kevin James was next on a satellite hook-up from Los Angeles where he talked about his new movie and tried very hard to offer as many NASCAR tie-ins as possible. He gave a great starting command in the 2008 season, admitted he was not a NASCAR fan before that moment and then tried to promote a future race by calling it "this one coming up."

James is going to be the grand marshal of the Toyota All-Star Shootout later this month on SPEED and apparently is going to make a pace lap on his Segway, probably dressed as the "Mall Cop." This looked like it was one of several hundred TV interviews James did on the "Mall Cop" satellite media tour.

Now that McReynolds had reminded us that there was no testing in Daytona and James had promoted his movie, Dunlap finally appeared to talk about the truck series. He was on location at the Germain Racing shops with their driver, Todd Bodine.

It was apparent from the start that Dunlap was there to interview Bodine and nothing more. A review of Bodine's 2008 season and a preview of 2009 was interrupted only when Bodine related that Lumber Liquidators had left as the primary sponsor and even this top-notch team was without sponsorship with Daytona only weeks away.

Dunlap said nothing about that issue and sent it back to the smiling Roberts in the studio who promptly promoted the Camping World Truck Series race from Daytona on SPEED. It was as if two different agendas were in-progress in the same TV show.

Maybe this is what SPEED wanted, to avoid the reality of a sport in crisis even as it swirls around them. Throughout this program, SPEED's own lower third "sports ticker" talked about big stories like Michael Waltrip splitting the #99 car with Scott Speed, Furniture Row Racing back with Regan Smith driving and the fluid situation at the Yates shop. These are the stories fans tuned-in to hear about, not movie promotions and fluff.

Clearly, the biggest disappointment of the day was Dunlap and his lack of any type of perspective on the Camping World Trucks. SPEED itself is counting on this series being healthy and taking to the track for another season of competition. Why this topic was not important to SPEED's only NASCAR TV show currently on the air is mind-boggling.

Preseason Thunder takes a day off and returns on Saturday. Perhaps, between then and now, the SPEED executives can get together and decide if keeping their heads in the sand should continue or if the network should step-up and follow the critical issues underway in the sport right now.

The Daly Planet welcomes comments from readers. Just click on the COMMENTS button below and follow the easy instructions. The rules for posting are located on the right side of the main page. Thank you for taking the time to stop by.
Posted by Daly Planet Editor at 5:00 AM 37 comments: