Did You Cheat On NASCAR Last Sunday? 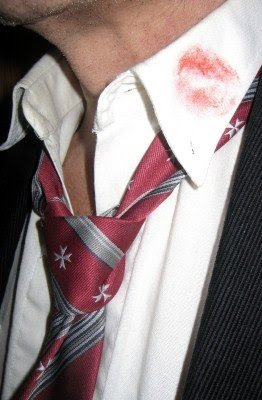 The results of the Dover weekend are trickling-in and the enthusiasm over the good on-track action is being tempered by lower TV ratings for the Sprint Cup Series race.

Just as NASCAR faced a while back with the Olympics, last Sunday had a bevy of sports that included baseball, football and golf match-ups. The resulting choices have sparked an on-going debate about the TV loyalty of NASCAR fans.

One unique Sunday telecast was the coverage of the final game at Yankee Stadium. The ESPN networks offered seven hours of live TV, all of that coming before the first pitch. With the Sprint Cup race on ABC, it may have been ESPN that provided the single highest-profile competition for sports viewers.

The question is simple. Did you watch the Dover race, ignore it for another TV sports offering or multi-task and wear out the remote?

One key reason NASCAR changed to The Chase format was to combat this attraction to switch channels. They created a playoff atmosphere for a sport that often limped to the finish line of the season.

In this season's Chase, Dale Earnhardt Junior has been in a tough spot and Kyle Busch fell out of the Dover race relatively early. While the racing in the final 35 laps was outstanding, Dover is a grind-it-out track where survival sometimes trumps racing. This is not perhaps the best way to combat the myriad of other sports TV offerings.

One interesting point is the fact that many NASCAR fans are already multi-tasking just to watch a Sprint Cup Series race. The clear focus of the ESPN telecasts is the Chasers and the top five cars. At Dover, the full field rundown was done once in 400 laps. For fans of those teams not in The Chase and not at the head of the pack, the only way to get information about their race is to use the Internet, DirectTV's Hot Pass or to listen to the radio call of the race.

As you take the time to comment on this topic, please make sure to tell us if you were already multi-tasking the NASCAR race before you made the decision to cheat on your old dependable TV partner.

During the Sprint Cup Series races, the ESPN on ABC gang takes the time to put the scores of other sporting events on the bottom line to keep viewers informed. It is not the constant crawl of ESPN2, but does this information help to keep you informed or just serve to tell you when an NFL game is good and it is time to change the channel?

This post is not about the ESPN/ABC announcers. If you felt they played a role in your TV selection on Sunday, then tell us. But, please abstain from getting the topic off-track with debates about personalities and performance. As veteran readers of TDP already know, that issue will certainly be with us again soon.

Thanks again for responding to this topic. It should be interesting to hear from NASCAR fans who had to deal with their hometown NFL team's game, closing day at Yankee stadium and the high-profile Ryder Cup golf tourney. Did that trigger finger on the remote get itchy after lap 100 at Dover? We look forward to your comments.

The Daly Planet welcomes comments from readers. Just click on the COMMENTS button below and follow the easy directions. There is nothing to join and we do not want your email address.

We just want your opinion on the topic of NASCAR vs. other sports at this time of the year. The rules for posting are located on the right side of the main page. Thanks again for taking the time to stop by.
Posted by Daly Planet Editor at 9:18 PM 109 comments: 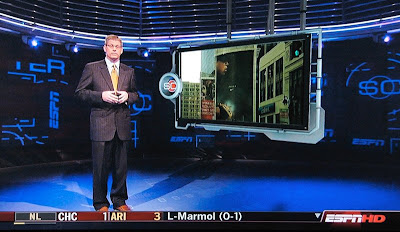 It was perhaps the best 30 laps that NASCAR had seen in a long time. Adding to the thrill of the Sprint Cup Series race from Dover was the fact that all three top cars racing hard at the end were from the same team.

TV viewers also saw a revitalized Mark Martin and a focused Jimmie Johnson lurking just behind the leading trio waiting to see if Jack Roush's "hairball" scenario would play-out. It did not.

After the race, three hours of programming on SPEED and one hour of NASCAR Now on ESPN2 paid tribute to the Dover race and how it had impacted those 12 drivers involved in The Chase for the Championship.

The SPEED Report featured Jeff Hammond reporting from the track and Doug Richert in the studio breaking-down the race. Victory Lane caught the excitement of Jimmy Spencer and Kenny Wallace as they talked to a breathless winner Greg Biffle and a pumped-up Roush.

Topping the night on SPEED was Dave Despain tipping his cap to some good racing and talking about the dynamics of the remain Chase events on Wind Tunnel.

Over on ESPN2, a full hour of gushing was in-progress on NASCAR Now and lots of talking heads were making sure to tell fans exactly how great this event had been from start-to-finish.

Monday morning, however, brought a completely different vibe to ESPN. In the strange world of SportsCenter, NASCAR simply did not exist. The Yankees had closed the stadium, the Dolphins had upset the Patriots and some kids had done a Happy Gilmore smack-down of those nasty Euro golfers. A stick-and-ball frenzy was in full swing.

NASCAR fans may have spent Monday morning spinning the dial between ESPN, ESPNEWS and ESPN2 for a mere mention of the Dover race.

SportsCenter's fancy new line-up card on the screen made no mention of the event. Mike and Mike had a lot to talk about, but it did not involve NASCAR. Even the dependable ESPNEWS had made a switch and only paid lip service to NASCAR after a season of strong follow-up on every race.

Ray Evernham appeared briefly with Dana Jacobson on First Take for a couple of minutes. Jacobson was informed and asked good questions about the race and The Chase. This was the only sign we saw that Evernham was on the ESPN campus in the morning.

ESPN is NASCAR's largest media partner. The company handles the Nationwide Series, the final seventeen Sprint Cup events and has an exclusive daily show serving the sport. ESPN.com's NASCAR webpages are among its most popular and ESPN also owns the Jayski.com site which continues to attract an incredible fan base.

How is it possible that the newly revamped SportsCenter fell out of this loop? It is early in the NFL season, baseball has not yet started the playoffs and the Ryder Cup is a one time event. The ESPN TV networks provided over seven hours of live coverage on Sunday of closing day at Yankee Stadium. That was before the final game actually began.

NASCAR fans were just looking for some highlights, a couple of interviews and maybe some Ray Evernham day-after comments. SportsCenter seems to have a side desk for the analysts in every single other sport, can't NASCAR at least get a folding chair?

After seven months of hard racing and a lot of national media attention, NASCAR is two races deep into a playoff format that will crown a national champion. Millions of Americans follow the sport with the same fervor of baseball or football.

This struggle for acceptance at ESPN in these busy sports months is what NASCAR went through in 2007 until something happened. Click here for the TDP column about the Code Red that went through ESPN last year on the eve of the final racing weekend. NASCAR was suddenly inserted into every show from PTI to Mike and Mike in the Morning. The results were embarrassing.

This season, ESPN had been doing an outstanding job of keeping NASCAR fans informed on ESPNEWS and SportsCenter. ESPN's own NASCAR announcers have been frequent guests and the fans have been drawn back to ESPN's mainstream shows because of that effort.

Now, the commitment of the network to NASCAR is going to be put to the test once again as the multi-year TV contract between ESPN and NASCAR continues. As the guys in the ESPN screening room would say about this Monday's SportsCenter, it was "a swing and a whiff" where Dover and NASCAR were concerned.

The Daly Planet welcomes comments from readers. Just click on the COMMENTS button below and follow the easy instructions. The rules for posting are located on the right side of the main page. Thanks for taking the time to drop by.
Posted by Daly Planet Editor at 10:00 AM 61 comments: