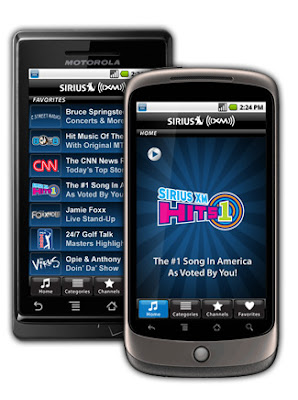 On Thursday the second of three big issues for Sirius XM Radio was solved. This time it was Howard Stern announcing a new deal to stay on the air at Sirius.

It is a five-year agreement that analysts value at $400 million. But the important part for NASCAR fans is what is hidden in the fine print.

Here is a paragraph from the Newsday story on Stern:

The new deal does offer a significant bonus to fans. Stern's show will be available on various platforms besides satellite radio including the iPhone, Android phones and BlackBerrys. "The addition of the mobile apps will be a significant one going forward because it makes him more available," said Tom Taylor, news editor of Chicago-based Radio-Info.com. "It was frustrating to some listeners [that] it wasn't available on both [mobile apps and satellite.]"

NASCAR fans can certainly identify with that last statement. Sirius NASCAR Channel 128 is not available online or through a smart phone app. Way back when, NASCAR sold all the online rights (including audio content) to Turner Sports. NASCAR fans must have a Sirius XM satellite receiver of some type to hear channel 128.

It was Tuesday, November 30th when Sirius announced that it had reached an agreement to renew and expand its contract with the NFL. This time, Sirius got what it really wanted. All NFL games beginning in 2011 will be streamed online through Sirius Internet radio. While the cell phone details are yet to be announced, adding the NFL to the Sirius online offerings is just huge.

The third piece of the puzzle has to be next. Sirius, NASCAR and Turner Sports have time now in the off-season to hammer out an agreement that extends the same sort of online streaming deal for NASCAR. Both on Sirius Internet radio and the Sirius apps for devices like smartphones.

Click here to take a peek and maybe even a listen to just how easy it is to load and go with this technology. As with everything in life, there is a price to be paid, but if NASCAR fans had Sirius 128 on laptops, iPads and all types of smartphones the sport would be much better off for 2011.

With so many things in NASCAR just not going well lately, it would be a welcome move for the parties involved to come together and get this ironed out. NASCAR would join Howard Stern and the NFL as moving online in the Sirius world.

We will update this blog with any news on the topic immediately. In the meantime, we are happy to have your comments on this topic. To add your opinion, just click on the comments button below. This is a family-friendly website, please keep that in mind when posting. Thanks for taking the time to stop by The Daly Planet.