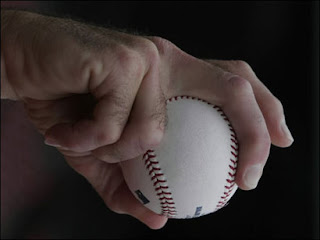 The buzz has been around for several days now, but ESPN has finally just confirmed what Ray Evernham told SiriusXM radio. The NASCAR on ESPN team is shaking things up and the Michigan Nationwide Series race in three weeks is when it will happen.

Here are some excerpts from ESPN's official announcement:

ESPN’s live coverage of the Aug. 15 NASCAR Nationwide Series race at Michigan International Speedway will have a new and different approach as the telecast will prominently feature five former NASCAR champions and will be done without a traditional “play by play” announcer.

“Our goal is to give viewers a different presentation, one filled with discussion, observations, and stories from some of the most respected champions NASCAR has crowned, and their unique unfiltered perspective on an event,” said Rich Feinberg, ESPN vice president, motorsports.

“This is an opportunity for our viewers to have the experience of sitting around watching a race with these champions from their couch at home, and without the traditional approach to sportscasting.“

The official release goes on to document that in the announce booth will be Dale Jarrett, Rusty Wallace, Andy Petree and Evernham. Tim Brewer will stay down in the Tech Garage. Allen Bestwick will host, probably from his normal infield studio location.

ESPN's Feinberg took a bold step already this season by bringing veteran announcer Marty Reid over to NASCAR. Reid was available after ESPN chopped its IRL TV contract into pieces, leaving the vast majority of the races and other programming to the Comcast-owned Versus TV network.

Reid was tagged to come over and relieve Jerry Punch of having to call both the final seventeen Sprint Cup Series races as well as the Nationwide events. This was a smart move and shows that ESPN recognizes things are not going well on the NASCAR trail where TV coverage is concerned.

This MIS experiment has several layers to it and they are all interesting. Despite the enthusiastic statement, Feinberg knows that every single live sports TV telecast needs a leader. As fans of TDP know from the past three seasons, there are duties to perform in the booth and an order to be established for a good telecast. We often refer to this as directing traffic.

There is little doubt from my vantage point that this exercise is about one individual. No, it is not the miscast Jerry Punch who has struggled with even the most basic play-by-play fundamentals for the past three seasons. This experiment is about ESPN's current NASCAR Lead Analyst Dale Jarrett.

Many TDP columns have thanked Jarrett for stepping in and taking over when Punch is unable to translate the excitement on the track to the TV viewers. Jarrett also offers a lot of the ordinary play-by-play coverage simply because the only alternative with Punch in the TV booth is silence. NASCAR on ESPN viewers are used to that.

This Nationwide Series race is a great opportunity to put Jarrett in a play-by-play role without ever admitting it. The Saturday race also saves face for Punch, who on the surface is not involved in this little experiment at all. Reid was listed as doing the Nationwide races down the stretch this season.

Jarrett gets to partner with Petree who is already his normal co-analyst. Evernham comes to the booth still learning how to handle the national TV spotlight. This should be a good test of just how much he has learned in his time with ESPN. Wallace is best in controlled doses and having four announcers in the booth will require patience from all concerned.

It should be Jarrett who calls the action on the track, leads into the replays and works to keep a good balance between announcers. Even with a Nationwide Series race, the TV skills of a play-by-play announcer are needed to keep order.

With four voices in the booth, four more on pit road, one in the Tech Garage and one in the Infield Pit Studio a large part of this broadcast is going to be what we referenced earlier, directing traffic. Jarrett should fill that role.

As this experiment gets closer, there is no doubt we will begin to hear a little more about the specifics. It certainly is curious that only a couple of days before Punch begins his Sprint Cup Series stretch, ESPN makes public plans to televise a NASCAR event with basically everyone else on the TV team except him.

Even in the heat of a NASCAR summer, who says sports television isn't interesting?

TDP welcomes your comments on this topic. To add your opinion, just click on the comments button below. This is a family-friendly website, please keep that in mind when posting. Thanks for stopping by The Daly Planet.
Posted by Daly Planet Editor at 9:30 PM 31 comments:

Mayfield Media Mayhem May Be Muted 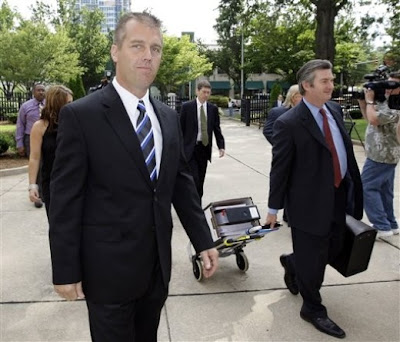 It is just a one-page legal document from the US Court of Appeals in Richmond, VA. Where Jeremy Mayfield is concerned, it could be the final nail in his media coffin.

After a week that saw Mayfield appear on television, radio and the Internet there is a distinct possibility that the end is near. From talking endlessly to local TV station reporters in Charlotte to unleashing a personal and slanderous rant against Brian France on SiriusXM, this has been a masterful week of media manipulation by the Mayfield camp.

This turn of events leaves Mayfield with no shop, no team and no real way back into the sport. While rumors of Mayfield appearing at Indy continue to circulate, there is now no real reason why he would travel to the track. His words and thoughts have been heard, but the justice system seems to have tolerated just about enough.

There is very little chance that viewers will see Mayfield on this weekend's NASCAR TV programs. From RaceDay to NASCAR Now, the real stories of the season-to-date and the Indy racing tripleheader are going to dominate. What is there left for Mayfield to say?

Mayfield has been moved away from the track again and this time there is nowhere else to go. Until additional legal proceedings get underway many months from now, Mayfield should begin to slowly fade from the NASCAR news.

It should be very interesting to see if Mayfield goes on one final media tour to promote his cause. With the NASCAR media long gone to Indy, Mayfield may once again use the local Charlotte TV stations and SiriusXM to get himself media access. Keep your eyes peeled for Mayfield sightings specifically aimed at detracting from the Indy race on Sunday.

TDP is proud to have become a source for debate and information on this topic of Mayfield using the media. Click on the titles for some additional resources:

Let's use this post to offer final comments on this Mayfield issue and how the media has done a good and not so good job handling this topic for the first time. Should any Mayfield issues arise this weekend, we will update this post.

To add your opinion on this topic, just click on the comments button below. This is a family-friendly website, please keep that in mind when posting. Thank you for keeping this discussion serious and focused. As always, we appreciate you taking the time to stop by.
Posted by Daly Planet Editor at 9:00 PM 44 comments: 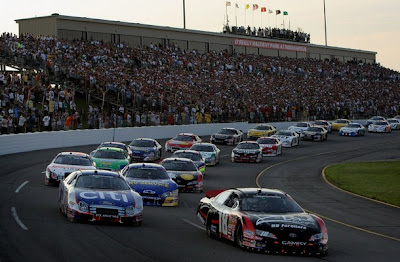 ESPN has split the announcing teams in Indy and tonight is the Nationwide Series race from O'Reilly Raceway Park.

NASCAR Countdown is up at 7:30PM ET. In the past this pre-race show has been hosted by one of the pit reporters. Last season it was Dave Burns. This year, Jack Arute is being joined by Shannon Spake and Mike Massaro on pit road.

It will be Marty Reid calling the race with Rusty Wallace and Randy LaJoie alongside. This trio has been on the air today from ORP several times and they have been having a lot of fun.

The truck series race on Friday night was outstanding, so perhaps this is a night when the Nationwide Series can match the excitement. There are only four Sprint Cup Series drivers in the field, so hopefully the Carl and Kyle show will have some real competition on this short-track bullring.

Pictures at night from ORP are great. The audio works well from the in-car cameras because the drivers are working the throttle and brake all night long. There are no tricky camera locations or fancy gadgets, just good old short-track racing at night.

This post will serve to host your comments on this topic. To add your TV-related opinion, just click on the comments button below. This is a family-friendly website, please keep that in mind when posting. Thanks for stopping by.
Posted by Daly Planet Editor at 7:18 PM 236 comments: 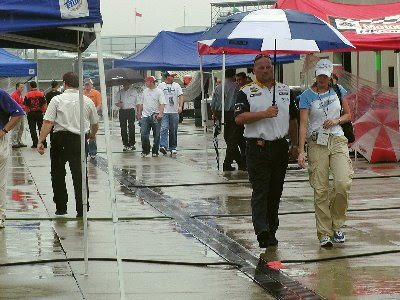 SPEED updates NASCAR Live will be at 7PM with a full wrap-up of the day in Indy.

Confirmed - ESPN is now going to split the coverage between the Nationwide Series qualifying and Sprint Cup qualifying.

1:15PM - Nationwide cars are now practicing until 2PM. NASCAR is saying possible Cup qualifying at 2PM. No idea where they are going to televise it yet. Stay tuned.

Noon ET - Jet dryers are out but the mist is still falling and there is a focus on getting Nationwide Series race started tonight.

11AM - Rain again and the track drying is halted. Now long delay into afternoon. No TV schedule updates yet. SPEED and ESPN are going to have a long day.

10:15AM - Lost both tracks to rain again, schedules out the window. Will advise when changes come from NASCAR at both IMS and ORP.

Rain is going to be a factor today in Indy and that is going to leave the TV networks scrambling. Both ESPN and SPEED were all set for a sophisticated dance of splitting time on the air from the same location. Rain will change all of that.

NASCAR fans are going to have to stay on their toes to keep up with the potential changes that weather may bring to the Saturday schedule starting with the 10AM ET live qualifying scheduled for the Sprint Cup Series.

The complete TV schedule as originally planned is listed on the right side of the TDP mainpage. We will use this post to keep up with the schedule changes and get your comments on the ESPN and SPEED coverage during the daytime.
Posted by Daly Planet Editor at 9:40 AM 261 comments: