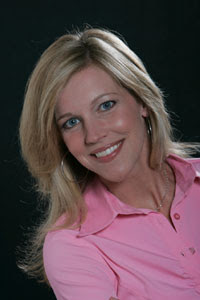 Legendary promoter Humpy Wheeler uses the hours before a race to build the excitement at Lowes Motor Speedway. Over the years, he has hosted concerts, run celebrity races, and jumped school buses into cars just for fun. One year, he re-enacted the invasion of Grenada complete with commandos sliding down ropes from helicopters. That was a good one.

This year, SPEED Channel took its first crack at telecasting NASCAR's mid-season all-star race at the same speedway. As if they learned from Humpy, SPEED used the day leading up to the race itself to build the excitement. Let me be the first to tell you, it worked.

SPEED started the morning with a series of All-Star Spotlight shows that focused on one All-Star weekend per show. It was followed by a wonderful edition of Wind Tunnel that featured a tremendous cast-of-characters talking about the history of the event. Despain led a solid discussion that actually covered a wide variety of topics about the sport, and featured a good interview with Rick Hendrick about his history and business beliefs.

NASCAR Images does its best work in post-produced programs, and features former members of the NFL Films crew who guide the productions. They always leave their "NFL Films" mark on shows with lots of slow-motion, tremendous video editing, and a booming announcer voice building the drama. For the All-Star Memories program, it worked. They wisely added in a large chunk of "sound bites" from almost everyone under the sun, including drivers, owners, and TV announcers. This one hour show was a big undertaking for NASCAR Images, and was worth the effort.

Then, Trackside came along for an hour discussion about real racing, and featured guests Scott Riggs and Joe Nemechek. This show still has too many "voices," but Steve Byrnes is an expert at directing traffic in this crowd. Both Riggs and Nemechek proved to be exactly what SPEED needed in terms of exposing the fans to who these two likable guys really are. If you were not a fan of Riggs after that interview, you probably had the sound down.

NASCAR Live is a thirty minute show hosted by Steve Byrnes. This week Darrell Waltrip dropped by to talk specifics about the All-Star Race history. Kudos to SPEED for also asking veteran broadcaster Randy Pemberton to appear on the show. Pemberton is the primary host for DirecTV's "Hot Pass," and his personality and knowledge lend themselves to shows like NASCAR Live. Between the three veterans the memories flowed, and that is what fans wanted to see from this network. Byrnes keeps the pace quick, and this one show had tons of great content.

In my day, the Pit Crew Championship was held at Rockingham, NC in front of wives and other pit crew members. It took a long time, and made watching the grass grow in the infield a very viable option after the first hour. It was taped for broadcast, and aired the following week after most of the sheer boredom was edited out. Well, things have changed. This year's Championship was a well-structured even held in an indoor Charlotte arena in front of a full house.

With the pit crews now totally separate from the "shop guys," it was fun to watch these true athletes compete without the drivers to divert the attention. The competition was fun, and SPEED has the opportunity to continue to build this event into something that can generate additional sponsorship and content. Some more promotion, including some of the pit guys on other SPEED shows, should have been done. But, that can be a learning experience for next year's event.

For me, the surprise of the day was Tradin' Paint. This show is hosted by the versatile John Roberts, and features Kyle Petty as "the driver" and a weekly national journalist as "the reporter." This week, SPEED stepped outside the box and subbed Humpy Wheeler in the journalist spot. At first, Humpy re-visited his antics before the All-Star race and how he decided to light the Lowes Motor Speedway. Then, John Roberts addressed some serious subjects, and Kyle and Humpy were fascinating.

The years of diverse NASCAR experience on the panel made their insight something viewers do not normally see. Roberts addressed the AT&T battle, sponsor exclusivity, and re-paving NASCAR racetracks. Then, the panel addressed the engine issues in the sport, and what the DEI and RCR partnership will mean for Chevy power. Kyle respectfully suggested that the engine builders wield a lot of power by deciding who gets what engine. His message was clear, does technology determine who wins?

Wheeler addressed the Earnhardt story, including the impact of Senior's death on the sport. Roberts asked why a superstar like Junior has an "amateur" sports agent like his sister Kelly doing the negotiating on a new contract. There was no clear-cut answer, which points out one of the key weaknesses of the sport. Every driver ultimately winds-up doing "their own" freelance contract. This show ran the gamut of topics for race fans, and pointed out why this series needs to be expanded to one hour next season and also add a third panelist. If SPEED plays their cards right, this show could go from a minor "support" program to a major player.

NASCAR fans know that the superstar for SPEED is RaceDay. John Roberts, Kenny Wallace, and Jimmy Spencer have worked very hard to help establish this very popular franchise for the network. However, the heart and soul of this show is Wendy Venturini. This former producer came out in-front of the camera with great results. Unfortunately, in this expanded three hour version of the show, SPEED chose to put Wendy in a second anchor position in the infield. That was a shame, because her strength is walking and talking the fans through the garage and doing interviews in the middle of the action.

Over the three hours, SPEED threw everything but the kitchen sink at viewers. From serious in-depth interviews with Humpy Wheeler to celebrity crew chief races, it was certainly interesting. John Roberts was clearly running out of gas toward the end, and its a shame that SPEED did not bring in another anchor to host an hour of this show. Viewers saw Juan Pablo Montoya continue to mellow-out and be a "NASCAR" guy when chatting with Kenny Wallace. They saw the TV guys and the NASCAR guys build a playground for charity. They even saw Hermie Sadler spin the "SPEED 1" camera car during his "hot laps" and track description segment. That was great.

The Sirius Satellite Radio experience that Tony Stewart has been getting from his weekly show has certainly helped him with his on-air presence. Tony did a super interview with Kenny Wallace and really laid out his issues with his car, the race, and the competition for the All-Star event. Tony seems to be grasping the concept that everything is not an absolute, and life is always going to be full of compromises. I wonder if we will see Tony on some additional TV programs before the year is out. His up-coming pay-per-view charity race is going to be exciting.

Finally, the familiar voice of Krista Voda welcomed viewers to the All-Star race itself. Voda has been put through the wringer in TV land, and has bounced back to become a shining star for SPEED. While she is currently the pre-race host for the Craftsman Truck Series, this All-Star race may be her highest profile TV exposure yet. Voda dealt well with the ebb-and-flow of this unique event, and showed her knowledge of the sport, and the egos involved.

The NASCAR on Fox announcing crew pitched in with a strong performance, including another focused and interesting effort from Darrell Waltrip. With only two races left on Fox, DW seems to have found his groove. One advantage of Mike Joy on events like this is his large body of racing knowledge. Joy constantly added information about racing families and personalities that we don't get a chance to hear on normal race broadcasts. It was just what the doctor ordered for this sport, someone in charge who "really knows" racing.

Taken as a whole, this was exactly the type of day SPEED needed to re-establish itself as a "NASCAR network." With the cancellation of several NASCAR shows, and the problems with Inside NEXTEL Cup, the network needed to re-connect with the fans. Hopefully, this solid performance will energize the SPEED gang to consider additional NASCAR programming in the future, including this type of "theme day" coverage. With ESPN continuing to struggle with NASCAR Now and their pre-race show, it could be a great time for SPEED to step-up and see what the future can hold after this strong peformance.

The Daly Planet welcomes comments from readers. Simply click on the COMMENTS button or email editor@thedalyplanet.tv if you wish not to be published.
Posted by Daly Planet Editor at 7:13 PM 13 comments: