NASCAR's B Sample Ready For Random Testing In Iowa 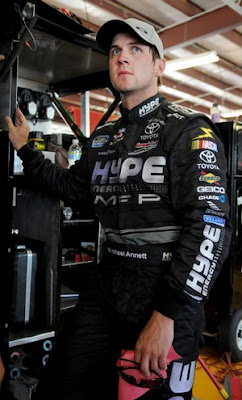 The Nationwide Series flies under the radar for a wide variety of reasons. This Saturday, all those reasons are suddenly gone. The trucks are in Nashville and the Sprint Cup Series is in Pocono. Instead of a small crowd at a second tier track, the beautiful Iowa Speedway beckons. Most importantly, the college football season is still weeks away.

This weekend, NASCAR's best TV will be the Saturday Nationwide Series qualifying coverage and live race on the ESPN family of networks. Finally, the B-team gets a moment to shine.

ESPN's crew of Marty Reid, Rusty Wallace and Randy LaJoie produced a fantastic Nationwide Series telecast from O'Reilly Raceway Park last weekend. Along with Jack Arute, Rick DeBruhl and Mike Massaro, this entire TV B-team is back again and this time viewers are in for a little surprise.

Iowa Speedway has brought in extra seating for the NASCAR fans. Out in the middle of nowhere, there has been an awakening. Officials are bracing for 55 thousand fans to fill the stands on Saturday. These people are making a statement. At 4PM ET when the ESPN cameras show the first pictures of the sold-out racetrack, NASCAR's waterlogged Sprint Cup Series officials in Pocono are certainly going to take notice.

ESPN2 is handling the qualifying coverage at 1PM ET on Saturday. Unlike some of the ridiculous happenings of last week, there will be a lot on the line for many teams who must make the race on time or go home. Iowa to North Carolina is a very long drive. Qualifying should be something to see.

Current storylines from this series involve Brad Keselowski's continuing emergence, Steven Wallace perhaps finally coming of age and the fact that Des Moines, Iowa's Michael Annett, pictured above, is trying to make the race. Also, only three Cup drivers will be in the Iowa event. Kevin Harvick, Carl Edwards and Kyle Busch will make the trip from Pocono.

Motorsports TV veteran Reid has accomplished the same two things Allen Bestwick did for ESPN when he took over the Infield Pit Studio hosting duties. Reid immediately changed the TV tone and brought instant credibility to the position. The effect has been tremendously positive.

Balancing two very different personalities like Wallace and LaJoie on the air is no easy task. Perhaps some folks remember Reid standing between Scott Goodyear and Eddie Cheever on the IRL telecasts for ESPN. Reid also helped a new motorsports TV announcer learn broadcasting skills on the IRL series a while back. I believe his name was also Wallace.

This speedway is built for good TV and good racing. The design has proven to be popular for both the fans and the teams. With a sold-out crowd, live national TV and a full field of Nationwide cars, the facility designer should be proud. I believe his name is also Wallace.

A high-profile race like this can change the careers of drivers who will be watched on TV by the NASCAR media and owners from Pocono. Not much else to do after the ARCA race in that neck of the woods. The results should be some additional news coverage online and perhaps some additional driver opportunities down the road.

This may well be the second weekend where the Nationwide race upstages the Sprint Cup Series event. TDP will live blog the race on Saturday afternoon.

We welcome your comments on this topic. To add your opinion, just click on the comments button below. This is a family-friendly website, please keep that in mind when posting. Thanks for taking the time to stop by The Daly Planet.
Posted by Daly Planet Editor at 11:00 PM 23 comments: 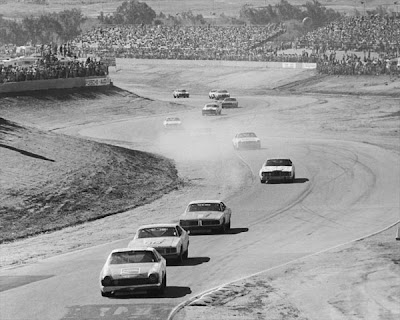 Update: Sports Business Journal is reporting that Lowe's will not renew its current deal with SMI and the Charlotte Motor Speedway. Click here for the link.

A lot of random things have floated in over the past several days and hopefully we can put all of them together in this post before the weekend action starts.

Kyle Petty will be returning to the broadcast booth, but it will be during the ARCA/REMAX race from Pocono on Saturday. He will join Steve Byrnes in the booth for the 1PM ET race. Wendy Venturini will also be a pit road reporter.

A good friend to many drivers who enjoy riding motorcycles has passed away. If you have ever been in Daytona Beach, perhaps you have stopped by the huge Harley Davidson dealership that Bruce Rossmeyer put together. Tragically, he lost his life riding to the big Sturgis rally. Click here for the story from Cycle News.

Kenny Wallace used Twitter to relate a problem he had with his TV employer over the Victory Lane show last week. Here are the messages from Tuesday:

SPEED T.V E-Mailed Me..If I Ask Jimmie Johnson For Autograph on the Show Again..It Could Be Grounds to Fire Me..That is a T.V No-No..WOW!.

SPEED said that it was Unprofessional for me to Ask My Friend Jimmie Johnson for the Autograph.Happens Again I could be FIRED..WOW!..I'M SAD

SPEED Said that it is a Written Rule that Talent.. "That's Me" Can't Ask Guest For Autographs..It was Strange Because Jimmie is My Friend..

ESPN has been kind enough to arrange a re-airing of the NASCAR special Feel Your Heart Race which kicked-off the Sprint Cup Series coverage this season. This thirty minute show is fun to watch and will be replayed August 8 at 1PM ET on ESPN2. Nice to see a TV show treat NASCAR fans with respect.

Friday night over on SPEED at 7PM the Trackside gang will have Clint Bowyer and Marcos Ambrose as guests. Bowyer's reaction to the Jack Daniels situation and Ambrose talking about his Indy run should be interesting.

In the meantime, Waltrip tried to Twitter during the taping of This Week in NASCAR on Monday, but found out that unless a TV show is live that really does not make a lot of sense. Later that evening, he Twittered to fans that he was at a Fish Taco place with a date and she left him to get a tattoo. After several even more interesting messages, Waltrip confessed there was no date and no tattoo. There was no information on the tacos.

TDP's favorite Michael Waltrip Tweet of the week: "I have thoughts."

Connie LeGrand, formerly of SPEED, says hello to everyone from her TV anchor position at WSPA News Channel 7 in Greenville, SC. Says she peeks at The SPEED Report and likes what she sees. We agree, the revamped show is great but seeing Connie and Bob Jenkins on the set was something else.

Iowa Speedway is set to roll out a welcome for the Nationwide Series that is beyond belief. Temporary grandstands have been brought in to accommodate an overflow crowd for the 4PM Saturday race on ESPN. The recent IRL race at the speedway brought a crowd of 40 thousand, but the NASCAR race is expected to top 50 thousand.

ESPN has split broadcasting crews again, so Rusty Wallace is going to work on the Nationwide race in Iowa and then fly to Pocono to join that team for the Sprint Cup event. TV veteran Rick DeBruhl is also going to work on the Iowa event as a pit road reporter. Click here for an update on DeBruhl who is a reporter for KPNX in Phoenix, AZ. Some veteran fans may remember DeBruhl from his earlier work on ESPN auto races years ago.

If you want to add a quality program to your recording list for the weekend, try the one hour Sunday night edition of NASCAR Now at 10PM ET. Nicole Manske hosts with Marty Smith reporting and the entire ESPN broadcast team contributing. These shows only run during the 17 race weekends of the ESPN Sprint Cup schedule and last year proved to be loaded with highlights and interviews.

Finally, if you are interested in seeing some NASCAR history, ESPN Classic is re-airing the final NASCAR race from the old Riverside International Raceway in Southern California. This was a road course with a very long history of hosting all kinds of cars and series. The 1988 event airs at 6PM Monday and is a rare glimpse into a slice of NASCAR now long gone.

As usual, we welcome your comments on the topics mentioned above. To add your comment, just click on the comments button below. This is a family-friendly website, please keep that in mind when posting.

TDP will live blog all three races this weekend, please join us to talk NASCAR TV.
Posted by Daly Planet Editor at 5:00 AM 55 comments: