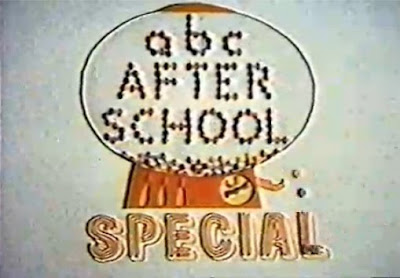 After no NASCAR Now program on ESPN2 Wednesday, a stellar show aired on Thursday. Addressing the move by Penske to Ford and all the dynamics associated with that topic was the theme. In addition, the penalties to the #48 team were discussed since there was no program produced on Wednesday.

Once again, the Thursday program aired at 3PM ET and did not re-air. Lost in TV space were Ray Evernham, Ricky Craven and Ryan McGee. This trio covered a lot of ground and brought a wealth of experience to the key NASCAR topics they addressed on the Thursday show.

For a wide variety of reasons, ESPN has decided this year to continue to bury NASCAR Now at 3PM ET and pretend nothing is wrong. Well, something certainly is. Either ESPN is in or out where NASCAR is concerned. Despite the spin, the Afternoon Special is alive and well and living on ESPN2.

The column excerpt below (with original reader comments) is a repost from September of 2011 when ESPN suddenly decided to make a very drastic change to a series that involves ESPN core programming and a sport called NASCAR.

The ABC After School Special aired in one form or another from 1972 to 1996. That is a picture of the original TV title card for the series. The ABC programmers used a unique approach to get teens to watch shows about inspirational topics. They made the late afternoon timeslot special. It was an hour just for kids. In twenty-five years, the ABC After School Special won 51 Daytime Emmy Awards.

This week there will be some significant changes to the ESPN2 line-up. The programmers have decided to expand on the success of the afternoon Sports Nation show. Beginning Monday, 3:30 to 6PM ET weekdays on ESPN2 will feature nothing but talk shows. It's ESPN's version of the after school special.

You may remember Charissa Thompson as the co-host of Michael Waltrip's ill-fated amateur talent show on SPEED. Thompson has now moved to ESPN and will co-host the new 3:30PM program called Numbers Never Lie. ESPN's description of the show is "a lively roundtable debate pitting the wisdom of former professional athletes against the pragmatism of statisticians."

At 4PM will be another new show called Dan Le Batard Is Highly Questionable. The Miami-based Le Batard is well known to ESPN viewers. This 30 minute show will present Le Batard's views on sports topics of the day. Included in the program will be frequent appearances by his 72 year-old Cuban-American father, Gonzalo.

Next at 4:30PM will be TV veteran Jim Rome with his Rome is Burning show. Hard-edged and feisty, Rome is the bad cop to Le Batard's good cop. Rome's better days might be behind him, but he still is the king of sports smack-talk and seems to enjoy pushing the buttons of professional athletes.

The reason for all these changes is the Sports Nation show. Moved into the 5PM timeslot because of its ratings demo with teens and young adults, Sports Nation is an hour of classic MTV-style chaos. A pretty girl talks sports just like a boy while she shows lots of funny videos. The show also features Colin Cowherd.

This change has moved the daily shows that featured actual sports themes to different ESPN networks and timeslots. One of those programs is NASCAR Now. Since 2007, the show has been airing at 5PM Eastern with a West Coast re-air for Pacific time zone viewers. Those days have now ended.

The legacy of NASCAR Now is that starting Monday it gets stuck at the beginning of the new ESPN2 after school programming bundle. Also eliminated is any type of regular re-airing of the show at a later time for West Coast viewers.

According to the Nielsen company, the country has right around 100 million homes that have cable TV or home satellite service. Less than half of those homes have a digital video recorder (DVR). Moving NASCAR Now to 3PM Eastern with no additional airing is going to eliminate a significant number of households from viewing the series.

In the heart of the season and with the Chase storylines just starting to develop, NASCAR has taken a major blow in exposure from its largest TV partner. NASCAR Now will also not get a later airing on ESPNEWS and cannot be made available online. Now firmly stuck as the lead-in for an after school block of shows, the NASCAR series we watched ESPN work so hard to develop is headed for no man's land.

Over the years, the 3PM timeslot on ESPN2 has been occupied by a wide variety of TV series. The question is, can you remember the name of even one? Neither can I.

Farewell NASCAR Now, it was nice to know you.

Update: In 2012, the network also elminated the Monday one-hour Rountable show featuring Allen Bestwick. It is now 30 minutes in length with a regular news format.