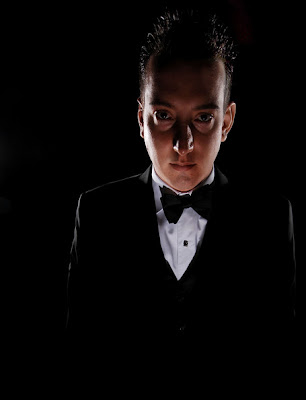 After several weeks of being punted to the night shift, ESPN2's NASCAR Now program was set to return with a bang on Monday at a special time of 7PM.

Not only was host Allen Bestwick ready to lead Dale Jarrett, Andy Petree and Ray Evernham through a review of the weekend in Richmond, but it was also time for the Chase for the Championship.

Bestwick had an expert panel who could offer a preview of the Chase from a unique perspective. They were the men who would actually be calling the final ten Sprint Cup Series races. You just can't get much better than that.

This week, there would also be icing on the TV cake. The NASCAR Media Group and ESPN had teamed-up for a special series that would follow NASCAR Now at 8PM. The NMG cameras followed Kyle Busch during the Richmond weekend and then did what is called a "quick turn around" to put a show together.

This is one thing the NMG guys are known for, getting timely shows together and delivering a fantastic finished product. Lots of hard work in both Richmond and Charlotte went into this debut episode.

Unfortunately, the bad luck of NASCAR Now this season struck again. The CBS coverage of the rain-delayed US Open tennis tournament stretched beyond the network's broadcast window. Suddenly, ESPN was about to get the men's US Open final live. The chosen network when things dried out and play started was ESPN2.

At 7PM instead of NASCAR Now, SportsCenter appeared on ESPN2. Rather than simply bridging a small gap to live tennis, the program ran for 53 minutes. During that time, two pre-recorded NASCAR reports ran, one featuring the NASCAR Now studio cast.

As usual, NASCAR was out of place among the stick and ball frenzy of ESPN this time of the year. At the conclusion of one NASCAR package on the Chase, the SportsCenter anchor said sarcastically to his partner, "Oh, I've been waiting all year for that!" The two then broke out in laughter.

SportsCenter had already been on ESPN2 since 5PM ET, the normal time for NASCAR Now. Even after two full hours ESPN stuck with the stick and ball theme instead of inserting the NASCAR program at the proper time. Had tennis begun live before 8PM, either an ESPN announcer or Dick Enberg working the event could have easily explained the transition.

After joining tennis live at 53 minutes after the hour, it was apparent that the players were still warming up. Once the 8PM hour hit, the referee called the players onto the court and the action began. Not one ball was in the air prior to 8PM ET.

NASCAR Now aired correctly in the West Coast slot at 12AM with episode #1 of the Kyle Busch show following. NASCAR Now is the cornerstone of NASCAR on ESPN and Allen Bestwick has brought it to a level equal to any studio show on the ESPN networks.

ESPN2 has changed the Tuesday program schedule to air both the first and second episodes of the Kyle Busch special series. At 5:30PM following NASCAR Now, the first episode will air. At 6PM, episode number two will debut. That is going to require some DVR work, as SportsNation is currently on the TV listings in that timeslot.

Despite the reality of the on-air logistics, there is certainly a heightened perception this season that NASCAR is taking a backseat to other sports on ESPN. College football has already caused havoc, NASCAR Now has been preempted for weeks and now the big Monday show is gone for no apparent reason.

Throw in the lackluster coverage and energy from Richmond and NASCAR on ESPN is once again a tough sell. That's a shame as there are so many talented people involved in the various productions and the Chase is wide open this year. Nicole Briscoe hosts NASCAR Now this week with various Chasers in the studio as guests.

The complete NASCAR TV schedule for the week is on the left side of the page. Announcers and guests will be added as they are confirmed with the networks.

We want your comments on the topic discussed above. To add your opinion, just click on the comments button below. This is a family-friendly website, please keep that in mind when posting. Thanks for taking the time to stop by The Daly Planet.
Posted by Daly Planet Editor at 12:30 AM 27 comments: