ESPN Fires Back On NASCAR News 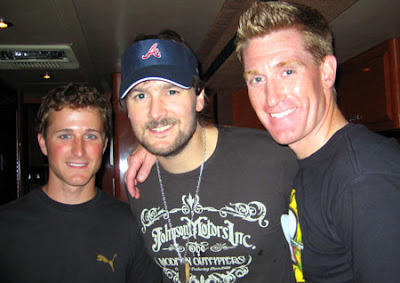 Thursday was a big day for SPEED's Race Hub news show. Host Steve Byrnes had Randy Pemberton in the studio to talk Kasey Kahne and RPM. Instead of reporter Danielle Trotta, it was network veteran Bob Dillner reporting from directly outside of Red Bull Racing with all the breaking details.

Earlier in the day, ESPN's Ryan McGee had updated those stories on NASCAR Now along with a "phoner" from Rusty Wallace. McGee played it safe and offered the information he knew along with some opinions on those same topics.

Race Hub came out swinging and it was Dillner who did most of it. He offered that "5 to 7 mechanics" at RPM had packed-up their tool boxes and left the shop. Dillner added that while the current round of paychecks from RPM would be OK, there was doubt about the very future of the organization.

Dillner also stated that Roush-Fenway had withheld cars and engines from RPM over lack of payment. He indicated that while cars were now being delivered, engines were still pending due to financial issues. Kahne's financial issues with RPM were also in question.

While Race Hub is a Monday through Thursday program, NASCAR Now on ESPN2 offers a Friday show. This week, Nicole Briscoe returned to host the show and quickly pointed the telecast to Lead Reporter Marty Smith. That is Smith and Kahne pictured above with country artist Eric Church.

Smith began his Friday appearance by offering a recap of the Kahne saga. Then he turned his comments to the information offered by Dillner on Thursday.

Smith's strongest statement came on the topic of employees leaving RPM. Remember, the day prior Dillner was on-site in the Mooresville area standing in front of Red Bull Racing and said multiple mechanics had packed their toolboxes and left RPM.

Smith indicated he personally confirmed that not one employee had left RPM and any information otherwise was untrue. He seemed to be rather disgusted about this issue while at the same time leaving the door open on the the overall future financial health of RPM.

This is the first season since 2007 that ESPN has faced the challenge of another national cable network news program about NASCAR. While a shorter version of Race Hub existed last season, it was primarily a vehicle for promotion of races, teams and drivers.

This year, SPEED finally jumped into the game with a full time news reporter in Trotta and a full time host in Byrnes. The series has grown by leaps and bounds, but Thursday was the first real test of live breaking news from the field being piped into the studio for a timely discussion.

While Thursday made it look like Race Hub had the inside track on the situation, the veteran Smith answering back on Friday made it seem as if NASCAR Now was playing the role of big brother in saying not so fast. It certainly set the stage for more NASCAR TV news battles as silly season rolls on.

If you watched this play out on the air perhaps you could offer us an opinion on how you think each network did in covering this story. To add your comment, just click on the comments button below. Thanks for stopping by, we will live blog both Saturday races so please join us. 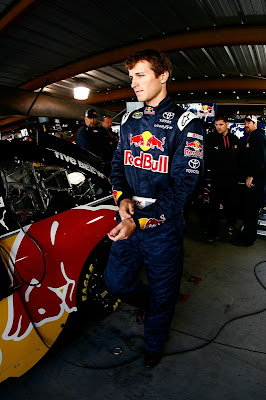 Both SPEED and ESPN2 are on the air today with coverage today from Martinsville. The single thread that runs through the day will no doubt be the fallout from the release of Kasey Kahne by RPM and the apparent unraveling of that organization.

Both "NASCAR Now" and "Race Hub" addressed this issue on Thursday. Ryan McGee offered the details in an update from Charlotte, while Bob Dillner reported on-scene from Red Bull Racing in Mooresville, NC.

With the Chase again struggling for storylines and TV ratings, this new drama could be just what the sport needs as new pieces of the puzzle continue to be added. Kahne is scheduled to speak with media on Friday morning in Martinsvile. Sirius 128 will stream that live while SPEED and ESPN will both update that session in later live coverage.

This entire scenario puts brand new team combinations on the track with plenty of hard feelings and tough words destined to follow. It may be a very interesting Friday at Martinsville for what happens off the track.

As the day goes on, please leave us your comments on the media coverage of this situation. To add your opinion, just click on the comments button below. Thanks for taking the time to stop by.