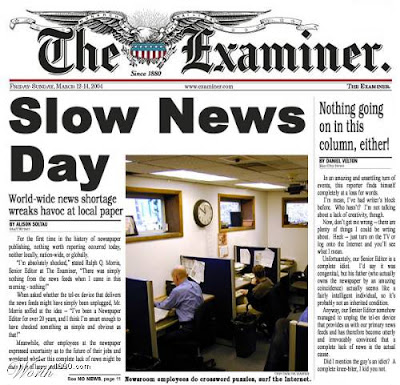 Its one day too early to preview Richmond. Its two days too late to talk about the Fontana weekend. Face it, Wednesdays are a bummer in NASCAR TV land.

SPEED Channel has a morning mix of post-produced programming, and no NASCAR news show on weekdays. Wednesday night on SPEED is PINKS, Super Bikes, and Unique Whips several times over. It used to be a replay of the NEXTEL Cup race from the previous weekend.

ESPN has the remnants of Cold Pizza, a program moved out of NYC and back to the mothership of Bristol, CT. It is now called First Take, and fills a multi-hour block of time on weekday mornings on ESPN2. They also have the ESPN News Network, which is often a replay when no sporting events or breaking news stories are in progress.

Both SPEED and ESPN received a gift this Wednesday when Joe Gibbs Racing decided to schedule their "move to Toyota" press conference for 11 AM Eastern Time. SPEED continued to display curious behavior by once again covering a big press conference live, despite the fact they have no NASCAR news daily show.

This commitment to keeping up with NASCAR has to be suggesting to viewers that SPEED's management team might be thinking about ramping-up a daily show next season. With the NHRA, IndyCar, NEXTEL Cup, Busch Series, and Champ Car races being shown on ESPN/ABC, SPEED's only high-profile racing is the Craftsman Truck Series.

The one thing SPEED has done very successfully is to provide NASCAR "support programming" like RaceDay, Victory Lane, Inside NEXTEL Cup, Trackside and NASCAR Live. The network has become the place to turn-on not for the racing, but for the news and information about it. What an interesting concept.

SPEED covered the entire Gibbs Racing news conference with Steve Byrnes hosting in the studio, and Bob Dillner on site. It was straightforward, and sometimes pretty boring. But, it was live and fans could see and hear what was happening.

ESPN's First Take chose to record the press conference rather than go live. When update reporter Michael Kim introduced the edited piece, he said Tony Stewart and Denny Hamlin would no longer have to drive their Pontiac's. At least ESPN spelled their names right. First Take showed two minutes of rather obtuse clips from Tony and Denny, and then launched right back into NFL football. Their treatment of this story was just...strange. No on-site reporter, no liveshot, and no follow-up. It was just there, and then gone.

If ESPN's News Network carried any part of this press conference, I did not see it during my constant scanning. Certainly, it will make the thirty minute wheel as a new item, but it was not the breaking news in the corner of the screen. I also did not happen to catch any anchor talking about it during the 11AM hour.

ESPN's NASCAR Now took the Gibb's gift and ran with it. As The Daly Planet has discussed in the past, Wednesday shows in this series have run the gamut from hard news to complete fluff. Its a weekday searching for a racing personality.

This single story was easy to understand, and Marty Smith on-scene made it even easier by following the press conference with some individual sound bites of the primaries. Erik Kuselias had been clued-in well in advance, and he had all his facts and figures straight in this one. Once again, good editing and sound from ESPN.

Brad Daugherty stopped-by to put his owners perspective on this announcement, and really made some questionable comments about this move. He talks in theory a lot, and he is clearly a good businessman. He carefully avoided the key issues about reliability, foreign car sentiment in America, and what exactly Toyota would be giving Gibbs...other than a whole lot of money.

The show featured a good retrospective on the beginnings of Joe Gibbs interest in NASCAR, including his first drivers and teams. This is exactly what the fans want, and would like to have more of during the mid-week. History, even from the last decade, plays a big role in NASCAR and helps to educate new fans.

NASCAR Now could have used some expert analysis from someone other than Daugherty. Jerry Punch, Allen Bestwick, or Mike Massaro could have used their longtime NASCAR experience to put this move in a larger historical perspective, and that "big picture" look at this issue would have helped. Punch would have been especially good in this regard. He was missed.

All in all, another interesting event in NASCAR history that was covered very differently by two very different networks. The NASCAR TV partners continue to show their strengths and weaknesses as the season hits its high point. This weekend at Richmond, the TV issues will be intense, and the national exposure will be at an all-time high for SPEED, ESPN, and ABC.

In a way, its great that issues like Kyle Busch, Gibbs to Toyota, Junior to Hendrick, and even Yeley to Hall of Fame are settled. This weekend, under the lights, the TV networks can get back to concentrating on racing. Richmond is just the track to do it.

The Daly Planet welcomes comments from readers. Simply click on the COMMENTS button below, or email editor@thedalyplanet.tv if you wish not to be published. Thanks again for taking the time to stop-by.

Today at 11AM, both SPEED Channel and ESPN's various networks will cover a press conference at Joe Gibbs Racing. This media event is rumored to be the announcement of Gibbs Racing joining Toyota, and may also address the status of two Gibbs drivers, Tony Stewart and Denny Hamlin.

SPEED is breaking into normally scheduled programming, and ESPN is covering it during First Take, the program that replaced the cancelled Cold Pizza in the AM on ESPN2. We are going to wait and see what ESPN News does with this event.

This post is to allow Daly Planet readers and those who have opinions about the Media's coverage of this event, and others like it, to post their comments. The rules for posting are listed on the right side of the main page. Please keep your comments related to the TV issues, there are many good NASCAR boards to use in reference to the team and drivers involved.

To post, simply click on the COMMENTS button below, and follow the directions. You do not need to sign-up, leave your email, or create a name. The posters who have blue names are the ones who have voluntarily signed-up with Google, where my blog is currently located. Thanks.
Posted by Daly Planet Editor at 10:28 AM 15 comments:

Two Questions: Got An Answer? 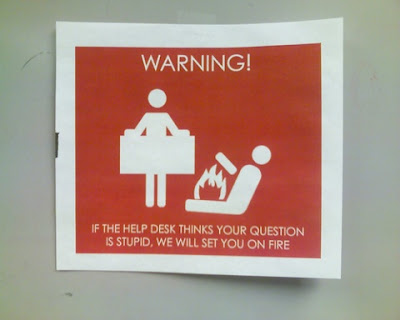 First, if anyone has any additional information on the story going around about multiple pit road violations at California Speedway in the NEXTEL Cup race, could they please post the link or email me at editor@thedalyplanet.tv? Thanks.

Secondly, did anyone watch the movie "Dale" last night and what did you think of it from a TV perspective? Even though it was played originally in movie theaters, I am told it is formatted like a TV special. I am considering watching it later this week, and I wonder if it is good?

Thanks everybody, as usual your comments drive this site. To add your opinion, simply click on the COMMENTS button below. The rules for posting are on the right side of the main page.