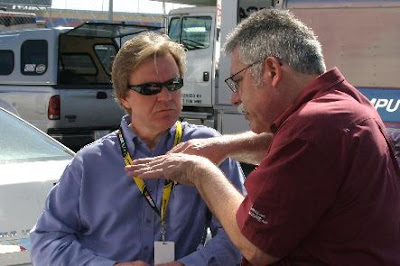 Thank you for taking the time to stop-by and leave your comment on The Daly Planet.
Posted by Daly Planet Editor at 7:42 PM 38 comments:

In-Progress On Friday - NASCAR on SPEED 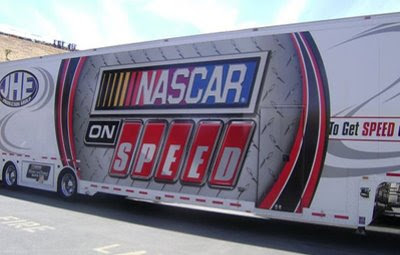 No Kenny Wallace this weekend on SPEED as he is off at the Nationwide Series race in Milwaukee, WI. It will be Hermie Sadler filling-in on both RaceDay and Victory Lane.

Friday on SPEED kicks-off with NASCAR Live at 3PM Eastern Time. John Roberts hosts the show and will have Bob Dillner and Hermie Sadler along as reporters from the garage area.

Steve Byrnes will be up next with Sprint Cup Series practice from Sonoma. Jeff Hammond and Larry McReynolds will be teamed with Byrnes in the booth. Lindsay Czarniak and Marty Snider will be the reporters for this 3:30PM session.

The Craftsman Truck Series practice will be at 5PM from Milwaukee. Rick Allen and Phil Parsons in the booth will be joined by Ray Dunlap and Adam Alexander.

Go or Go Home is a thirty minute show that reviews the cars outside of the Top 35 that have to qualify on time for the Sprint Cup Series. John Roberts will host the program with veterans Randy Pemberton and Bob Dillner filing reports. This show will begin at 6:30PM.

All eyes will be on the critical qualifying for the Cup race from Sonoma that will kick-off at 7PM. Byrnes, Hammond and McReynolds return to anchor the coverage. Interviewing the drivers and handling the reporting duties will be Matt Yocum and Ralph Shaheen.

The Truck Series race will begin at 9PM as the feature event of the evening. This race will have a post for in-progress comments up at 8PM. Allen and Parsons host with Dunlap and Alexander on pit road.

The evening caps-off with Trackside at 11:30PM from Sonoma. Byrnes, Hammond and McReynolds will be joined by Elliott Sadler for the hour. Sam Hornish and Juan Pablo Montoya will be the scheduled guests.

This post will serve to host your comments about the Friday NASCAR coverage on SPEED. To post your comment, click on the COMMENTS button below and follow the easy instructions. The rules for posting are located on the right side of the main page. Thanks for taking the time to stop by.
Posted by Daly Planet Editor at 10:49 AM 18 comments: