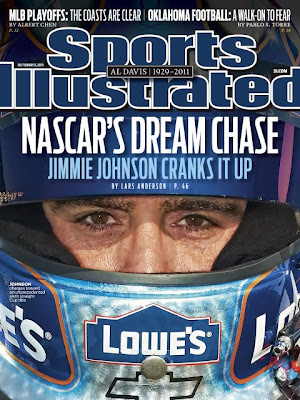 Things are always just a bit different at the Charlotte Motor Speedway. This week is no exception. Thursday afternoon the NASCAR TV cranks-up as ESPN2 handles the on-track activity.

It will certainly be interesting to see if Allen Bestwick has any voice left after this weekend. Bestwick, Dale Jarrett and Andy Petree are set to do iron man duty this weekend as ESPN2 and ABC handle the coverage.

Thursday starts with the Nationwide Series on track for practice at 2PM ET on ESPN2. Jamie Little and Vince Welch are away working the IndyCar race in Las Vegas, so Shannon Spake and Mike Massaro will be handling the garage and pit road interviews.

The Sprint Cup Series cars take to the track at 3:30PM for practice and lead into ESPN2's most popular new show, Sports Nation at 5PM. Colin Cowherd and Michelle Beadle may be just the opportunity that most of NASCAR Nation needs to eat dinner between sessions.

The night time is the right time at CMS and the Nationwide Series starts a doubleheader at 6PM that leads up to Sprint Cup Series qualifying at 7PM ET. Charlotte was the first superspeedway to install the Musco lighting system and still looks great on TV at night.

That's a nice long day for Bestwick, Jarrett and Petree. In the past, ESPN has given the analysts a break and let the infield duo of Rusty Wallace and Brad Daugherty step into the booth for some of the Nationwide Series sessions. It should be interesting to see if that happens as NASCAR races in its own backyard.

Fans are used to SPEED providing this type of support coverage. It is always interesting to watch the two very different styles of the networks. Bestwick has done a very good job of getting things back on track for ESPN and it has shown in the consistent ratings.

Let's hope the network production team stays focused on the stories at hand and continues the outstanding Nationwide Series programming from last week. Since Jimmie Johnson's win, it will be interesting to see how the coverage frames the Chase during these practice and qualifying sessions. Remember the JJ overload of the past?

This post will serve to host your comments on the Thursday coverage from the Charlotte Motor Speedway on ESPN2. Please feel free to add your opinion or ask any questions about the telecasts by clicking on the comments button below. Thanks for taking the time to stop by The Daly Planet.

Updated: Still No "Greenlights" For NASCAR 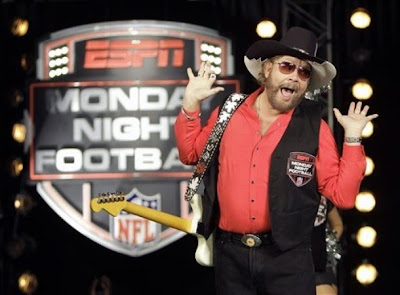 Updated 10/12/11: There have still been no announcements about any new NASCAR TV programs on any of the NASCAR TV partners for next year.

ESPN might have gotten rid of Hank Williams Jr., but the network just signed an eight year programming deal with the NFL. It adds over 500 hours of new NFL-themed programming annually, some of which is already on the air.

At the same time NASCAR Now, the only NASCAR support program on any of the ESPN networks, was pushed back into a 3PM Eastern timeslot with no re-air.

TNT offers no NASCAR TV programming other than the six races. FOX has nothing on the broadcast side. SPEED's recent new show announcements can be reviewed below. Right now, it's a sad state of affairs for 2012 on the NASCAR TV front.

The original story below was first posted on September 29.

It is the time of the year when TV series are renewed for the following season and new series get the "greenlight" to begin production. SPEED has been chasing a category it describes as "lifestyle programming" for the past several years.

The challenge for SPEED is to develop programming it can use on Monday through Thursday in primetime. This essentially fills-in the gap between the live motorsports-themed programming seen Friday through Sunday.

Originally a mix of cars, boats, airplanes and motorcycles during the network's days as SpeedVision, the new look SPEED is once again in transition and trying to revamp those tough weekend nights. Well, we now have a good glimpse into what viewers will be seeing next season.

Reporter Andrea Morobito of Broadcasting & Cable has just published an exclusive story on that topic. Here is a summary of that information.

SPEED has ordered a trio of new shows as part of its next slate of lifestyle programming including the trivia show Pumped! hosted by comedian Greg Fitzsimmons.

Pumped!, which has been picked up for 20 half-hour episodes, is an ambush-style quiz show set at gas stations where customers will compete for a cash prize by answering automotive and pop culture questions. The series is set to premiere in November.

The channel has also ordered 13 episodes of Hard Parts: South Bronx, a docu-series that follows a business owner and his team as they search for rare auto parts. Another game show, the hour-long Whipped, gives contestants the chance to show off their driving skills on an extreme obstacle course. Both series begin production in October for debuts in the second quarter of 2012.

Along with the new series announcements, SPEED has also picked up an additional 13 episodes of the first season of My Ride Rules. Wednesday night clip show Dumbest Stuff on Wheels has been renewed for a second season, as has Car Warriors and Stuntbusters.

SPEED has a Monday through Thursday NASCAR news series called RaceHub and a thirty minute weekly NASCAR clips show called The Ten. RaceHub is produced in-house, while The Ten is produced by an outside company.

Once again this year, none of the greenlighted new series are NASCAR-themed. The days of new NASCAR original series seem to be long gone by. Creative concepts like NASCAR Wives never took off. Reality shows like NBS 24/7, 7 Days and Behind the Headlights are a distant memory.

The ongoing challenge for the NASCAR Media Group is to grow beyond a company that provides at-track TV services and move toward creative programming concepts that can serve the sport in new ways. Those concepts must then find their way to SPEED in a cost-effective package.

Dollars and ownership are two key reasons this slew of "lifestyle programming" gets thrown at the wall every year by SPEED to see what sticks. While the network owns the rights to these program series, anything brought to the table by the NASCAR Media Group is strictly a rental. NASCAR retains the rights to all the footage.

Once again, it's ironic that NASCAR's own footage restrictions affect the partnership with its largest TV partner. Thinking outside the box for new programming concepts that can serve the Monday through Thursday needs of SPEED has so far not been a success for the NASCAR Media Group.

We have suggested a Monday night NASCAR edition of Wind Tunnel, a weekly interactive NASCAR journalist roundtable and a TV simulcast of selected SiriusXM NASCAR programming. None of those concepts has ever seen the light of day.

In the meantime, get ready for more wild and wacky "lifestyle programming" as SPEED continues to target those pesky weeknights with acted docu-series, ambush quiz shows and old YouTube footage of people crashing into things.