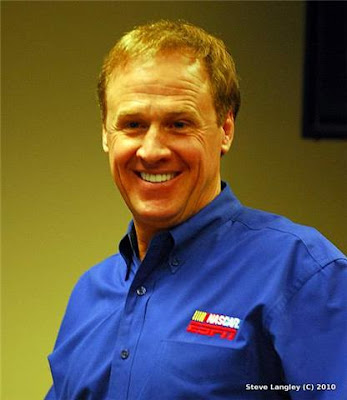 Allen Bestwick will host the pre-race show for the ESPN2 presentation of the Nationwide Series race from Las Vegas. He will be joined by Rusty Wallace and Brad Daugherty.

This week, Dale Jarrett is at home due to a family illness. So, Wallace will move up to the broadcast booth and call the race as well. Marty Reid will handle the play-by-play and Andy Petree will round out the team.

ESPN has the Danica elephant in the room to deal with today. This is her final race before leaving to the IRL tour for several months. Her qualifying effort was safe and conservative. So far, we have not seen the fire from Danica on the NASCAR side that we saw in her original ARCA race in Daytona.

There is also weather in the area. Rain would delay the race, but if it never gets underway a Monday event would be in order. Bestwick is the best on TV at a rain delay, so ESPN is in good hands.

ESPN continues to develop a new style now that Marty Reid is firmly in control when the racing is underway. Reid calls out the start and parks, tells it like it is and pushes the analysts for opinions. That is exactly what the network needed.

This post will serve to host your comments during the live race coverage. To add your TV-related opinion, just click on the comments button below. This is a family-friendly website, please keep that in mind when posting. Thanks!
Posted by Daly Planet Editor at 3:30 PM 257 comments: 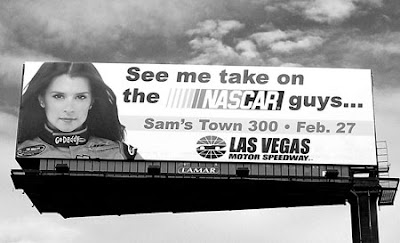 The media manipulation by Danica Patrick started with a hastily-called press conference in Phoenix, AZ. Most of the NASCAR press corps had just finished attending the Sprint Cup Series post-season banquet in Las Vegas, NV.

Having just returned home, many reporters were essentially caught flat-footed by Patrick. The announcement of her move to NASCAR was made in front of a small group and streamed live on the Go Daddy website. That is how most of the national media saw it.

Supposition began that Patrick was so naive at NASCAR, questions from veteran reporters would expose her inexperience. This format and location allowed things to be done in an environment controlled by the Go Daddy PR team. It worked.

Since the day she said yes to NASCAR, a lot has happened. Her presence forced both ESPN and SPEED to add early coverage of previously non-televised Nationwide Series practice sessions. The focus of the pre-race TV shows also switched to Patrick. But, the real action was taking place away from the racetrack.

After Daytona, Patrick snatched the television limelight from 500 winner Jamie McMurray. While McMurray was whizzing around on the NASCAR jet, Danica began appearing on TV shows now being introduced as "a NASCAR driver."

The curiosity factor about Patrick was at an all time high before California. The anticipation that Patrick would continue her learning curve after a decent Daytona showing had the media abuzz. Instead, it was a difficult day capped by a Kyle Busch style walk-off at the end of the event.

Meanwhile, anticipation was still building for Patrick's third and final appearance of her spring tour. Around Las Vegas, the billboards told the story. The picture above shows what the speedway is selling. It's Danica vs. the boys.

Once Las Vegas is done, Patrick is gone from NASCAR until late June. By that time, there will have been plenty of water under the Nationwide Series bridge. Storylines will have formed, rivalries will be established and the championship contenders pegged. Patrick will not be among them, but don't feel sorry for her.

The real power of Patrick is her brand. Her marketing team is always a step ahead. Click here to see the new NASCAR vs. IRL t-shirts at the Danica racing store. Click here if you are searching for something for that special woman in your life. What's better at the beach this summer than Danica Patrick flip flops?

As we stated after the original NASCAR announcement, how Patrick performed on the track is not the key issue. Starting from scratch, with no previous stock car experience, expectations were going to be media-driven and they certainly were.

The national TV appearances that Patrick's PR team put together for her after Daytona were the key to this whole thing. Patrick made her way through each appearance focusing on one element. That was her personal brand. She was stylish, modern and feminine. No one cared where she finished. NASCAR is simply a convenient platform to reach a brand new audience of consumers.

Finally, the new Danica Patrick perfume from Boston-based company SA Fragrances will be on shelves shortly. Industry experts say it is expected to generate about 10 million dollars in sales this year alone. No idea if it comes with a free Go Daddy t-shirt.

We welcome your comments on this topic. To add your opinion, just click on the comments button below. This is a family-friendly website, please keep that in mind when posting. Thanks for taking the time to stop by.
Posted by Daly Planet Editor at 3:25 PM 77 comments: 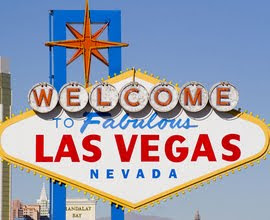 We are posting a new live blog for the NASCAR activities and TV coverage from Las Vegas on Saturday. Unfortunately, rain is in the area and threatens the on-track practice, qualifying and races.

We will also use this post to comment on the TV coverage by SPEED of Nationwide qualifying at 12PM and the following two sessions of Sprint Cup practice.

There will be a new live blog up for coverage of the Nationwide Series race on ESPN2. After Dale Jarrett experienced a family illness, Rusty Wallace will be joining Marty Reid and Andy Petree to call the race. Allen Bestwick begins the coverage with the NASCAR Countdown pre-race show at 4PM ET. He will be joined by Wallace and Brad Daugherty in the Infield Pit Studio.

Please feel free to help us with weather updates and info from the track. We are also on Twitter at twitter.com/TheDalyPlanet with live updates. To add your comments, just click the comments button below.
Posted by Daly Planet Editor at 11:34 AM 75 comments: