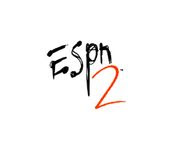 There must have been a list made immediately after the Pepsi 400. It had the points that ESPN had "selected" to by hyped for a full hour on the Monday edition of NASCAR Now. The items on the list did not need to be actually connected with the race. They did not even need to be connected to NASCAR, but each item did have to accomplish one thing. Allow host Erik Kuselias to do what he does best...."hype." This show was sports radio on TV from beginning to end.

Jamie McMurray, the winner of the race, did not even appear in this program until the second segment. That's right, the winner did not need to be involved in the headlines of this show, because once again NASCAR Now was a battle between "NASCAR reality" and "ESPN hype."

Kuselias told us that first on the "hype" list and the story of the race was "team mates." He told us Kyle Busch got no help from his Hendrick team. He told us Jeff Gordon did not line-up and push Kyle to the win. He told us Carl Edwards was pushing Jamie and that was the difference. He played edited sound bites to support his hype. Just like in ESPN's stick-and-ball world, there was problem with the team and Kuselias was going to get to the bottom of it.

Then, as almost always with this bi-polar hour, ESPN's own Tim Brewer appeared and immediately said that everything Kuselias has just told us was wrong. Gordon was doing what he needed to win said Brewer. He would have run over his grandmother to win the Pepsi 400. No one should expect anything because it is every man for himself on the last lap. Race car drivers are in the race to win, and they are going to try anything to do it. Brewer made no bones about the fact that what he was being asked to agree with was just plain wrong. Check that off the list.

Next on the list was Tony Stewart vs. Denny Hamlin. Imagine that, two hard-headed race car drivers come together in a high-profile race and then disagree about what happened. Imagine that. For ESPN and Kuselias, this was positively a gleeful experience. They played every sound bite of Tony, then Denny, and then more Tony.

ESPN General Assignment Reporter David Amber said Tony "rear-ended" Denny. That might just show Amber's racing knowledge. This was not a traffic light in Toronto. Amber's package was edited to provide the maximum hype and put Stewart, Hamlin, and the Gibbs team in a bad light. But, as usual, NASCAR reality showed up. This time in the form of Boris Said.

The ESPN Studio Analyst took this entire issue and ended it quickly. Said told viewers Tony was wrong, Hamlin was classy, and that's what happens when emotional drivers get themselves in trouble. Said was clear that when Tony cools down, things will sort themselves out, and this "incident" will be over and done with. It happens all the time. Well, check that one off the list.

On to the fact that Boris Said got "bumped" out of the field by rain after sitting on the provisional pole. It was suggested this was unfair. In reality, of course, it was because of NASCAR rules that have been around for a while. Kuselias pointedly asked Said "what do you think of the rule that gives the top thirty-five...a spot in the race?" Once again, ESPN had confused two issues. Boris replied "That would not have made any difference in what happened to me...Mother Nature put me out of the race." Another one off the list, and we move on.

Unfortunately, ESPN was out of fresh NASCAR "hype." Rather than focus on the tons of other NASCAR stories from the race, and rather than expand on the other drivers finishing in the top twenty, there was only one thing for the network to do. Show a fight from the IndyCar Series. That's right, viewers got two guys in helmets pointing at each other and then a lot of wrestling after the IndyCar race at Watkins Glenn. Did we mention this race was on ABC, and produced by ESPN?

A weak attempt was made to tie this into NASCAR because one of the drivers was Sam Hornish Jr. who is apparently on his way to NASCAR...next year. ESPN made reporter Angelique Chengelis read this story, while below her on his own video "box" was NASCAR Insider Marty Smith with a priceless "you have got to be kidding me" look on his face. An IndyCar shoving match where no punches are thrown and both drivers named in the story did not even get into it. An ESPN Instant Classic?

Finally, after getting almost every ounce of hype from these ridiculous stories, ESPN came back from commercial with their new segment called "Weekend Drive." Guess what? It featured Danny Hamlin vs. Tony Stewart with all the harsh comments, then the Hendrick boys not "lining-up" to help poor Kyle Busch, and finally viewers once again on NASCAR Now got to see the entire IndyCar "fight" with full sound from beginning to end. Did we mention that race was on ABC?

Other NASCAR TV programs have worked hard to establish their own identity this season. RaceDay, Tradin' Paint, Trackside, Survival of the Fastest, Victory Lane and even some of the weekday thirty minute editions of NASCAR Now have become good shows by working hard at their success since February. Even ESPN's Busch Coverage of the rain-out at Daytona resulted in a Daly Planet column entitled "ESPN Gets An 'A' For Effort.

On any racing weekend, there are tons of NASCAR stories and information that is available to ESPN. Once the Brickyard 400 comes around in a couple of weeks, ESPN will be on-scene broadcasting both the Busch and Cup Series races. That should mean a total change in the Monday edition of NASCAR Now. The network will have the manpower on-scene to produce a one hour show on the same level with SportsCenter or Baseball Tonight. Do NASCAR fans deserve less?

The Daly Planet welcomes comments from readers. Simply click on the COMMENTS button below or email editor@thedalyplanet.tv if you wish not to be published. All email is held in confidence, and thanks again for stopping by.
Posted by Daly Planet Editor at 10:30 PM 17 comments:

Suzy Kolber Is Back In The ESPN Saddle Again

ESPN has just released their talent assignments for the upcoming NASCAR weekend at Chicagoland Speedway. ABC Sports will carry the Busch Series race and the NASCAR Countdown pre-race show. ESPN2 will carry coverage of Busch Series practice and qualifying.

Dr. Jerry Punch will return as play-by-play announcer, with Rusty Wallace and Andy Petree alongside. They will call the race, as well as the practice and qualifying sessions.

In the Infield Studio will be Suzy Kolber. She will host the qualifying show, the NASCAR Countdown pre-race show, and continue to be the infield host for the race itself. Her partner on the infield set will be Brad Daugherty.

Kolber is an ESPN veteran, and perhaps best known for her role as the sideline reporter for Monday Night Football . She has hosted one early season edition of NASCAR Countdown, but has been absent from the NASCAR TV screens since then.

This race is the final big track "dress rehearsal" for the Brickyard 400, which marks the start of ESPN and ABC's coverage of NEXTEL Cup until the end of the season. The network has been doing the Busch Series races all year, but the transition to the longer and more high-profile Cup Series will be interesting.

Notes: There was no mention of Brent Musburger being involved in the telecast, either as the "show host" or on the infield studio set. Allen Bestwick has been confirmed as a pit reporter for the entire weekend.
Posted by Daly Planet Editor at 12:30 PM 17 comments: 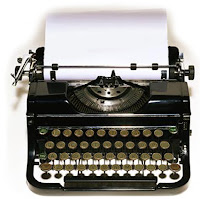 To our new readers: What you will see on this site is a column about one topic relating to a NASCAR TV partner. It could be about a show, a race, a personality, or even a network. The concept is to allow that to be the topic, and then get your thoughts by way of posted comments.

The reader comments on The Daly Planet are read every day by the top TV producers, announcers, and executives in the NASCAR TV world. We know this because of their positive feedback, and the changes that we have seen occur this season in the studio, the infield, and the broadcast booth.

Please provide us enough content in your comment to allow us to publish it. Foul language and general anger makes no sense to us, and it will not be posted. If you feel strongly that something is pretty bad, say that. If you like it, say that as well. It always works better when things are made personal, and kept in a fan perspective.

Thanks again for adding your ideas and comments to this site, it has meant a lot to us since we began operation in February. We will continue through November, the end of the the NASCAR season. Take care.
Posted by Daly Planet Editor at 8:31 AM No comments: