Earnhardt Stories: We All Got 'Em (Repost) 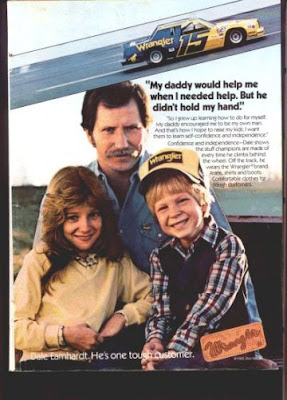 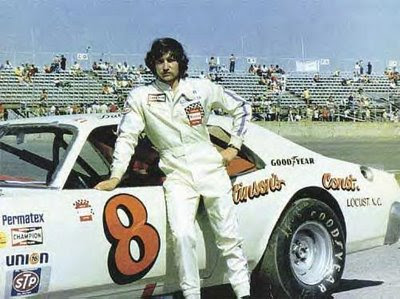 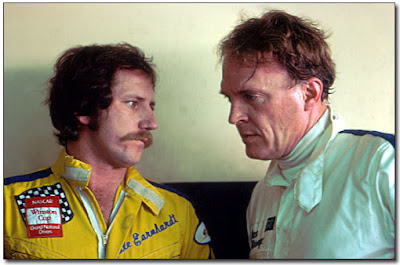 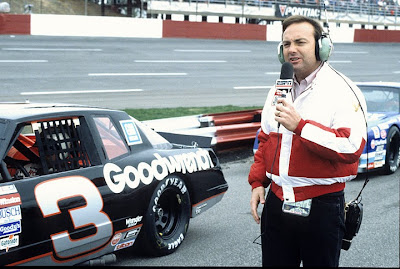 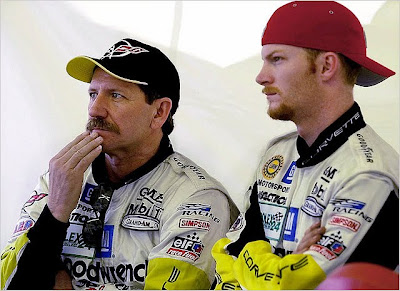 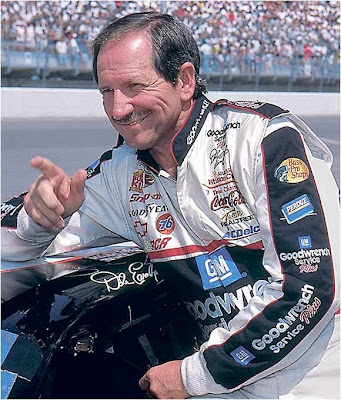 Update: It's been a long time since we remembered Dale Earnhardt Sr. This column was originally published in March of 2011.

Lots of fans have been asking about Dale Earnhardt Sr. and his life and times. It's pretty easy to find a record of his accomplishments on the track and a history of his family life, but there is a lot more.

For those of us who worked in NASCAR television in the 80's and 90's, there was little doubt that sooner or later you would encounter Big E. He was a street smart person who could size someone up pretty quickly and had little patience for those with agendas.

Times were different then. Drivers stayed at hotels and ate out locally with everyone else. Lots of problems got solved in hotel bars and sometimes others got started. It wasn't as shiny, corporate or polished. It was a lot of fun.

We are going to encourage folks to add their own Dale Sr. stories on this blog post and see how it goes. I'll start with one of mine. It all began when NASCAR decided to branch out and go race at the Brickyard.

At the time, I was working at Sunbelt Video in Charlotte, NC. This company produced Inside Winston Cup Racing for TNN, did a ton of corporate work for sponsors at the track and generally was responsible for archiving NASCAR race footage. Back then, NASCAR wanted nothing to do with the TV business.

NASCAR decided to create a kind of temporary theme park on the IU-PUI campus with different kinds of interactive stock car attractions. It was designed to get folks in that area up to speed on the sport. It was going to be called NASCAR World.

Sunbelt Video was asked to handle the TV part and gladly said yes. Basically, a big high-tech tent was put in place and inside we built a stage and bleachers for an audience. The idea was to bring in several hundred fans during the days before the race and have radio and TV shows originate from the site.

Back then, This Week in NASCAR with Eli Gold was a weekly one-hour show that featured a driver on live TV answering questions from the audience and phone callers. The featured driver on the final night before the race was going to be Dale Earnhardt Sr.

When practical jokes are played, I am not the one involved in setting them up. As I have been reminded many times in my TV life, I am a wonderful victim. At various times on the road I have been duct taped into my hotel room, put on the wrong flight and famously had my legs shaved by a college women's swim team. That wasn't pretty.

I had absolutely nothing for Dale Earnhardt and he knew it. I was a Boy Scout and he was a heavyweight boxer. I knew my role and this show in Indy was going to be a big moment for both of us. He was set to be driven to the show by a police car and was right on time.

Eli was already on stage, the entire house was packed and Earnhardt was the reason. All he had to do was walk up three little steps, come out from behind Eli and take a seat. I shook his hand, said thanks for coming and left him in the hands of the Stage Manager.

I wanted to see the fans, so I walked around to the front of the big tent and then inside. It had been closed off a while back after being filled with fans in black shirts with the number three on everything they wore. It was just a couple of minutes until air time, the crowd was screaming and everything was perfect.

The show hit the air live, Eli said his hellos and then went to a quick commercial before introducing Earnhardt. It was electric. One of the ushers we hired stood next to me and as Eli began to introduce Dale I said to him quietly that this was going to be fun. Then, it happened.

The usher said, "You think?" I recognized the voice. My head swiveled. Staring me in the face about three inches from my nose was Earnhardt. Eli was looking back for him, the crowd was now standing and the only thing Earnhardt wanted to do was watch me turn a shade of purple that cannot be accurately described in the English language.

Before I could decide to scream, faint or have a heart attack he was gone. He happily walked up the aisle of screaming fans from behind carefully knocking the baseball hats off the ones on the end of the rows. When he got to the chest high stage he got a running start, jumped up on it and slowly stood up. The entire place went nuts.

Eli is a pro who is used to driver antics and he got Earnhardt in the chair. It was finally occurring to the chosen fans that their heads had gotten the famous Earnhardt swat as he came down the aisle. The Dale show was in full effect and yet only two of us knew the reality.

As Eli started into his opening remarks, Earnhardt was slowly unveiling the one trait that every single person who knew him had experienced. As I stood there shaking my head and wondering if my heart would return to a normal rhythm, I was the recipient of one of the most famous shit-eating grins in the known universe.

What made it more special to him was that none of the screaming fans, the show host or even the producer knew what had happened. Earnhardt had seen his opportunity, taken it and was now basking in the glow of his achievement. I just had to sit down.

That's one of my Earnhardt TV stories. Others that have been told to me over the years involve his boating adventures, various activities around town during race weeks and scaring the heck out of fans by stopping by their infield campers.

If you have been around for a while in the sport as a fan or a working type, please feel free to share a story or anecdote about Dale Sr. with us. I appreciate our Twitter friends for encouraging me to offer this topic. To add your comment, just click the comments button below. Thanks for stopping by.