Excitement Tough To Find At MIS For ESPN 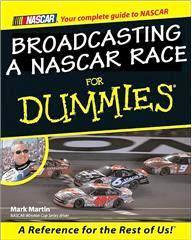 After another solid pre-race show from Allen Bestwick, it was time for the Sprint Cup Series to race at MIS. Rusty Wallace and Brad Daugherty had done their best to get fans pumped-up for what many believed would essentially be a fuel mileage race.

It was ESPN handling the telecast and that meant Dr. Jerry Punch, Andy Petree and Dale Jarrett calling the action. After focusing on the fuel mileage issue, the race began and Marcos Ambrose quickly became the story.

Ambrose had engine failure and was trailing oil down pit road. Rather than head directly into the garage, Ambrose stopped in his pit as if the problem might be a loose oil line. This is something that can happen early to a car when running at speed.

That decision caused a big oil-down of pit road and when the Wood Brothers team tried to back Ambrose up to push him to the garage, the neighboring pit crew physically stopped the car from backing up.

Unfortunately, ESPN ignored not only this situation but never followed-up with an interview of Ambrose. He was last week's Nationwide Series winner and the third place Sprint Cup finisher. Suddenly, Marcos Ambrose did not exist.

When the race settled down and the long green flag runs began, it was Andy Petree and Dale Jarrett who provided the information viewers needed to understand what adjustments were being made to the COT's on the track.

Tim Brewer did not play a very active role and neither did Wallace and Daugherty during the first seventy-five laps. Then, Bestwick began to take control out of the commercial breaks and integrated the other infield folks into the mix. With ten voices on the telecast, there is always going to be some decisions that have to be made about who is in charge of what is being heard on-the-air. Sunday, Brewer was the odd man out.

Dave Blaney was next to cause a caution after being spun and almost flipped during an ESPN commercial break. The accident was reviewed briefly when the network returned from commercial. The cause was never followed-up and Blaney was never interviewed. This is the attitude of ESPN. If you are not a top-name driver, you do not deserve ESPN's attention. Blaney is not on the "star list."

The accident did allow ESPN to award a "good hands of the race" sponsor feature to Carl Edwards. He seemed to simply turn left and drive around the accident with no real problem. It certainly seemed strange to insert this featured move of the race with less than 90 laps of the 200 completed.

Jeff Gordon was next into the wall and out of the race. He was immediately interviewed in the garage. He is a star. His accident and its cause were replayed numerous times and from several angles. The very different treatment of Gordon from both Ambrose and Blaney is exactly the reason fans are having problems with ESPN this Sprint Cup season.

Kasey Kahne was next out of the race due to mechanical failure. Kahne was only interviewed when ESPN could use Mike Massaro to push the "on the bubble" agenda. It was clear that if Kahne was not a "bubble boy" he would never have been interviewed. "Bubble boy" was the new ESPN buzzword of the race.

Sadly, ESPN is once again returning to the two topics that ruined the coverage last season. One is the constant emphasis on The Chase instead of the race. The second topic is named Dale Earnhardt Jr. Veteran NASCAR fans know how things panned-out last year for ESPN where Junior was concerned. Mike Massaro has definite memories.

Kyle Busch suddenly overtook Carl Edwards with 51 laps to go. It happened in commercial break and was never replayed. Other drivers had worked all day to come up through the field and into the top fifteen. With 26 laps to go, ESPN finally tried to review the field. The caution came out before they got to the second car. They never did it again.

Drivers like Burton, Harvick and Martin were never mentioned all day long and suddenly all three appeared in the top twelve. This is the Sprint Cup curse of ESPN. The coverage is so focused on the leaders, the big names and the "bubble boys" that the real story of the race is not being told.

Petree and Jarrett are great at talking about what is being shown on the TV screen and what they are being told to do. Bestwick is great at recapping the field and putting things in perspective. Unfortunately, Punch is not great at steering the ship. His short, clipped sentences often are never completed.

At the final pit stop, Junior and David Ragan stayed-out to set-up the finish. The network went to commercial. At last, ESPN was going to have some excitement to describe at the close of the event.

Eighteen laps were left and Punch needed to pump the excitement to the highest level. ESPN was on an in-car camera shot when Junior was involved in an incident. Fourteen laps to go and another debris caution where the debris was never shown. As we know, NASCAR fans are a suspicious bunch. They need to see what brings out the caution.

Nine laps to go and Punch is talking about the leaders while the three-wide racing is just behind them on the TV screen. ESPN tried to skip around the field and show some racing, but it was too little too late. Another caution with six laps to go made the race a shoot-out and put the focus back on Kyle Busch.

Instead of calling the final two laps, Punch was "hosting" the coverage. Big chunks of silence filled the air as Edwards battled Busch for the win. Punch told us about oil tank covers, manufacturers and Michigan. Once again, what he did not do was simply call the action on the screen.

This void in ESPN's coverage is glaring. So many of the other TV pieces are in place and so many of the other ESPN personalities are working well. The silence of the final two laps from Jerry Punch is the true story of this event for ESPN. It is an awkward silence that fans have heard many times before and will probably be hearing again in six days.

The final blow for many was ESPN leaving the telecast with six minutes remaining in the scheduled timeslot. Fans were looking for interviews with drivers and a recap of the race from some of the ten announcers on-site for the network. Instead, they got four drivers and the winner of the race. Bestwick and his crew never came back on-camera. Someone made a decision and suddenly it was time for SportsCenter.

The ESPN legacy where NASCAR is concerned continues to grow. The only question is, in what direction?

The Daly Planet welcomes comments from readers. Simply click on the COMMENTS button below and follow the easy instructions. The rules for posting are located on the right side of the main page. Thank you for taking the time to stop by.
Posted by Daly Planet Editor at 6:00 PM 124 comments: 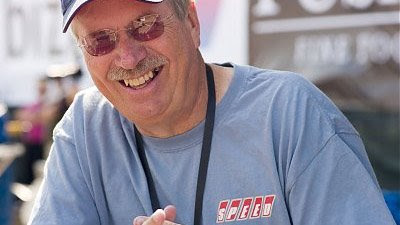 The buzz across the NASCAR chat-rooms was pretty simple. Robin Miller was joining Dave Despain on Sunday night for Wind Tunnel.

Miller, now a SPEED employee, is slowly becoming a good sounding board for a wide variety of motorsports issues. With Ed Hinton long gone to ESPN.com, Miller is now front-and-center where NASCAR is concerned.

While Despain has Darrell Waltrip as a occasional guest, it is only when Miller is on the show that Despain can pull-out all the stops and return Wind Tunnel to what it was intended to be.

Originally, Wind Tunnel was supposed to be the Larry King Live of motorsports. Despain was to be on almost every night, talking with all the big names of racing and covering all the top stories. It was a great idea that failed spectacularly.

Now, Despain hosts the only remaining slice of the Wind Tunnel pie for an hour on Sunday nights. When Miller is in the chair to Despain's right, it does not take these two long to hit high gear.

"It was just a couple of janitors," said Miller about who put the magic magnets on the Gibbs car before the post-race dyno test. "I don't know if I am ever going to be able to watch a NASCAR race the same way." Apparently, the revelation that cheating existed in NASCAR had affected Miller deeply.

He then compared JD Gibbs statements to the media to Michael Waltrip's rambling apology last year at Daytona. Miller was suggesting that nothing really happens on a NASCAR team without someone in management making it happen.

"Everybody feels like a step-child of ESPN except NASCAR," said Miller of the new IRL TV contract. ESPN took the Indy 500 and a couple of other races and left town. Miller went on to detail the pain of the IRL in trading-off the exposure of ESPN for the expanded programming commitment that the Comcast-owned Versus network brought to the table.

Miller's biggest point was that other than the exposure on The SPEED Report and Wind Tunnel, the IRL is never mentioned on TV outside of the races. RPM2Night is long gone.

"Trucks are for towing racecars," continued Miller. Despain was comparing the NASCAR title sponsorship package for the Craftsman Trucks valued at 7 million with the entire IRL title sponsorship of ten million dollars. Of course, that included the Indy 500. Miller's point was that the IRL was undervalued as NASCAR's third tier series was very close to it in sponsorship dollars.

Miller and Despain continually lament the fact that talented USAC drivers now seem to be destined for NASCAR. With the limited rides in the newly-combined IRL, one viewer asked if forming a new open wheel series was a possibility. "That is like forming a second LPGA Tour," said Miller. He suggested a couple of schedule changes and some more horsepower will fix the IRL very nicely.

Responding to a caller who was talking about the wasted open-wheel talent currently struggling in NASCAR, Miller fired a closing salvo. "I think somebody should hire AJ Allmendinger and put him in an open-wheel car because that's where that kid belongs and he wins races," said Miller. An interesting way to close what had been a very diverse hour of motorsports topics.

There are very few racing journalists left on the motorsports scene. Miller has survived some rough times and seems to have found a home at SPEED. This Wind Tunnel program could easily have gone two hours and still kept the energy high. Miller has the ability to switch between series and keep things in perspective, even while voicing his sometimes controversial opinions.

For those who watched Despain struggle through Inside NEXTEL Cup Racing for several seasons, this Sunday program was interesting. Despain was full of smiles and laughter and did a fantastic job of directing traffic and keeping things on the move. This is the Despain that first came to SpeedVision many years ago to become the Larry King of motorsports.

Robin Miller certainly should have a higher visibility on SPEED. The only problem is that there is so little non-racing motorsports programming remaining on the network that he has nowhere to go.

Outside of the SPEED Stage at NASCAR events and the three hours on Sunday nights, SPEED itself has no "good ride" to put Miller in for the rest of the season. Maybe, he can learn to drive a tow truck. That should move him to prime-time.

The Daly Planet welcomes comments from readers. Simply click on the COMMENTS button below and follow the easy instructions. The rules for posting are located on the right side of the main page. Thank you for taking the time to stop by.
Posted by Daly Planet Editor at 4:30 PM 38 comments: