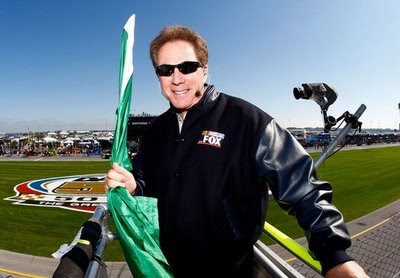 Both SPEED and ESPN2 had coverage from the Hall of Fame. The inductees announcement caught many off-guard.

The NASCAR fan comments below started as a live blog but continued as more folks watched the recordings of the preview show on SPEED, the live announcement, NASCAR Now on ESPN2 and then Race Hub on SPEED.

I enjoyed the debate in the preview show, including Kyle Petty repeatedly making the point that this was not an induction for Cup Series drivers, but one that should include folks who had a broad history in the sport. It certainly did turn out that way.

Nominee Darrell Waltrip appeared on the preview show, as well as the program after the announcement and then Race Hub. Waltrip made a lot of comments that seemed to rub some folks wrong. I just took them as someone passionate about getting another honor in the sport.

Dr. Jerry Punch was on NASCAR Now and revealed a lot of detail about how and why the selections were made. Punch was outstanding, but ESPN really did not give him the time he deserved to address those issues. Perhaps, next season the network might not host the show from the Connecticut studios.

Great to see Randy Pemberton on TV again after major back surgery. Pemberton had some tough interviews to handle before and after the selections were announced. He has a very long history in the sport and was the right person to put in this position.

There were four hours of live TV involved in the Hall of Fame selections. We would like your comments on what you watched, how you liked it and what you think should be improved for the future.

To leave your opinion, just click on the comments button below. This is a family-friendly website, please keep that in mind when posting. Thanks for taking the time to stop by The Daly Planet.
Posted by Daly Planet Editor at 6:00 AM 45 comments: