TV Networks Scramble To Make A Happy Ending For Fans 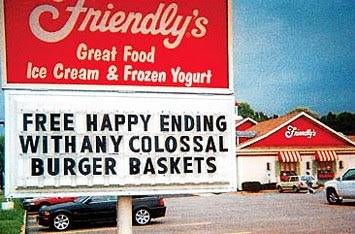 Once NASCAR made the announcement of the big Richmond schedule change there were certainly a lot of phone calls and emails flying in the sports TV world. Networks directly affected were ABC, ESPN, SPEED and ESPN2.

The biggest blow is that the Sprint Cup Series race steps-off the very big stage of the ABC television network in prime-time on Saturday night and moves to ESPN on Sunday at 1PM.

One interesting note is that ESPN has decided not to originate a NASCAR Countdown show before this race. Needless to say, this is a big event in the season-long Sprint Cup Series.

On ESPN the highly-rated NFL Countdown show is scheduled from 11AM to 1PM and over on ESPN2 there is a IRL support race. This is the live finale for the Indy Lights from 12:30 to 1:30PM.

The decision not to move the ESPN2 program and originate the full one hour NASCAR Countdown show for this crucial final race before The Chase is a big one. What a tough call.

It will actually be SPEED that takes advantage of this situation and schedules the NASCAR RaceDay program from 11AM to 1PM. This puts SPEED back in the position of covering the events at the track right up until the network TV coverage of the race begins.

Just a reminder, Sprint RaceView on NASCAR.com is free for the Sunday afternoon Cup race by clicking here for the link page. This is a fun computer broadband application that shows multiple camera angles, driver audio and has lots of other gadgets.

Over on ESPN2, there will be a thirty minute edition of NASCAR Countdown at 6:30PM as the lead-in to the Nationwide Series race coverage at 7PM.

Despite the Nationwide race being live, SPEED is going to keep the normal Sunday night block of SPEED Report at 7PM, Victory Lane at 8PM and Wind Tunnel at 9PM.

Currently, we are still waiting to see if ESPN decides to add a Sunday night episode of NASCAR Now to wrap-up the long day of racing. Once we get that info, we will pass it along.

Now that Sunday is set, let's turn out attention to Saturday. There is still a lot of NASCAR TV to be seen and all of it is on SPEED. At 11AM, Rick Allen will host NCTS qualifying live from Gateway with Phil Parsons. Doug Richert will be stepping-in this week for Michael Waltrip who is in Richmond.

At 12:30PM, the always opinionated NASCAR AP reporter Jenna Fryer brings her views to Tradin' Paint. John Roberts hosts this program and Kyle Petty is the other panelist.

That will be followed at 1PM by Larry McReynolds and NASCAR Performance. Bootie Barker and Chad Knaus join McReynolds and these three talk NASCAR strategy and other interesting topics from a crew chief perspective.

At 1:30, NASCAR in a Hurry will try to find something to show fans for thirty minutes. This show recaps the happenings from the time the teams arrived at the track up to show time. TV veteran Randy Pemberton will have the challenge of making this show into something memorable.

Krista Voda appears at 2PM to host The Set-Up. This is the pre-race show for the NCTS and is always interesting. Allen and company begin the race coverage next at 2PM. Ray Dunlap and Adam Alexander will be patrolling pit road for the Trucks.

There is no info on what programming the ABC stations will be using to fill Saturday night now that NASCAR is gone. SPEED is going to stick a re-air of Trackside into the Midnight timeslot that Victory Lane was going to use.

All-in-all, a scramble that resulted in some good decision-making from the TV networks to keep on-the-air most of the NASCAR TV that fans have come to know each weekend from the two remaining NASCAR TV partners, ESPN and SPEED.

The Daly Planet welcomes comments from readers. Simply click on the COMMENTS button below and follow the easy instructions. The rules for posting are located on the right side of the main page. Thank you for stopping by.
Posted by Daly Planet Editor at 10:41 PM 41 comments: 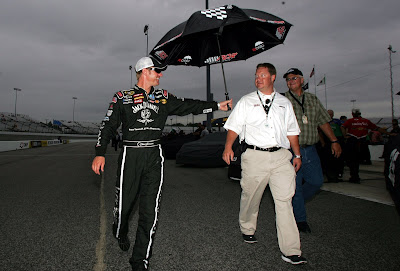 With the race weekend rained-out Friday and Saturday in Richmond, NASCAR has moved both the Sprint Cup and the Nationwide Series races to Sunday.

The Cup race will be run at 1PM Eastern Time on ESPN live. We are checking on the pre-race programming schedules for ESPN, SPEED and ESPN2 for that day and will have updates shortly.

The Nationwide Series race will be run at 7PM Sunday on ESPN2. Normally, this series has a pre-race show but no support programming from SPEED.

Craftsman Truck Series schedule remains the same as the Trucks are at Gateway for a Saturday afternoon race.

We are sorting through all the email and the media coverage and will be posting new TV schedules for all the NASCAR programs shortly. Neither the ESPN or the SPEEDtv website had been changed to reflect the new schedules as of 8PM Friday.

Please feel free to offer your opinion of NASCAR's decision on this post. Some feel the TV equipment and all the Transporters should never have made the trip with the weather forecast well in advance that this rain event was going to happen on these days. What is your opinion?

To add your comment, just click on the COMMENTS button below and follow the easy instructions. The rules for posting are located on the right side of the main page. Thanks for taking the time to stop by The Daly Planet.
Posted by Daly Planet Editor at 7:31 PM 52 comments: