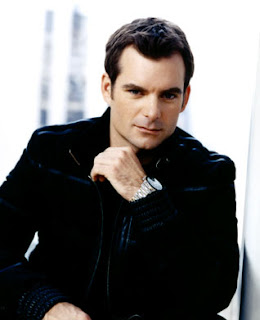 Since Kyle Petty joined Tradin' Paint on SPEED, things have changed. As noted in an earlier column on The Daly Planet, Kyle brings a level of intensity to this weekly program that did not exist with Michael Waltrip, the previous panelist. This week in Darlington, Petty was joined on set by Jeff Gordon and Associated Press reporter Jenna Fryer. With veteran TV pro John Roberts hosting, things took off right from the start.

The panel jumped into Junior, and put out more info in the first segment of the show than ESPN's NASCAR Now did in an hour. Petty called Theresa Earnhardt out on the decision to "let Junior go" and the potential harm to DEI. He was straight-up about the reality to the business and Gordon proved to be a strong compliment to Petty's opinions. Jenna Fryer was a great addition to this show, and it was nice to see her on TV. Hopefully, SPEED executives were watching. It would be nice to see more of her on SPEED.

It was just great to have Jeff Gordon on this show, and to have him address the COT issues. Gordon has matured into a tremendous spokesman for the sport, and he nudged NASCAR toward considering some additional changes to the COT before 2008. Petty followed-up with a condemnation of the process NASCAR followed after the departure of Gary Nelson from the COT project. Gordon then produced a Hendrick Motorsports "bumpstop" and detailed the problems with suspension issues on the car.

Gordon took over the discussion, and began to show his knowledge of the entire COT history and process. This was a Jeff Gordon that is rarely seen on TV, and it was a fantastic moment on SPEED. Petty and Gordon talked openly and made great conversation about the topics in the show. John Roberts did his usual great job of tossing up the topic, and then getting out of the way.

Gordon then let some secrets out of the bag with testing information on the COT, and the confirmation that Hendrick had an entire "crew" assigned to the COT since it was first announced. He then addressed the testing rumors, and denied the reports that Hendrick had spent millions to do secret testing with the COT up to one hundred times. Jenna Fryer took the blame for the story, but she only wrote about what the buzz was in the garage, and in this program, she managed to keep her wits and credibility about her.

Unfortunately, as SPEED found out in this episode of Tradin" Paint, a thirty minute program works best with only three people on the panel. There was just too much content for the time limit. Perhaps, if someone like Jeff Gordon makes himself available, the show might just keep Kyle Petty and leave the "reporter" chair open for one show. It certainly would have allowed Gordon a lot more time, and considering that the last twelve minutes of the show consisted mostly of commercials, might have resulted in a better ending.

With ESPN expanding NASCAR Now to one hour to cover the "Junior leaving DEI" story, perhaps the folks at SPEED might have considered expanding Tradin' Paint in the same way. With Jeff Gordon on the panel and speaking his mind, it might have been a really good idea. If he can keep an hour of Regis and Kelly going strong, he would have no problem with this episode of the Jeff and Kyle show. Tradin' Paint keeps getting better, and SPEED has a winner.

The Daly Planet welcomes comments from readers. Simply click on the COMMENTS button below or email editor@thedalyplanet.tv if you wish not to be published. Thanks again for stopping by.
Posted by Daly Planet Editor at 10:41 PM No comments:

ESPN Has Everything But A Host For "NASCAR Now"

Apparently, the good folks at ESPN have decided that NASCAR Now is ready to leave the world of hype and enter the world of news. With a little help from Dale Junior, the NASCAR Now guys have recently re-focused on the reality of NASCAR as a sport, and the many people who live it each and every day. As John Kernan used to say, "there are more stories in NASCAR than anyone can cover." And that was before the ESPN Fantasy League.

Re-playing Marty Smith's heartfelt interview with a clearly emotional Dale Earnhardt Junior was a good idea right off the top of the show. This helped everyone to understand that Marty is right in the middle of the sport like no one else, and can deliver the big story whenever its needed. Unfortunately, reporter David Amber is not a NASCAR Insider. He is lacking in the understanding of racing, does not speak the language, and its very clear that the drivers do not know who he is. Why he appears on the weekend edition is as unclear as his reporting.

With Stacy Compton and Boris Said on the set, things are always fun because they can cancel the drone of current host Erik Kuselias. Unfortunately, Kuselias chose to bypass the experts on the set to confront reporter Marty Smith. Former lawyer and sports radio "jock" Kuselias loves the controversy. He loves when people fail, or when he can allege wrongdoing, or when he can create hype. Fortunately, Smith shows no love for Kuselias, and shuts this guy down like swatting a big mosquito at a family picnic.

Kuselias actually asked Smith "how fair would it be to say that Max Siegel failed in this (Dale Junior) negotiation?" Smith politely answered "Well, Erik it could certainly be perceived that way." What he should have added was "by guys like you who don't have a clue to this sport." NASCAR has a long history of drivers moving around to find the best ride, and often times it has involved high-profile drivers leaving teams where family ties exist. Its no different than any other business negotiation.

Then Kuselias floored Smith by asking "How could Max have made this work?" Marty's eyebrows went up quickly. Maybe, eyebrows were raised across the country. It was actually NASCAR Now that had been reporting each and every day the terms that Dale Junior wanted from DEI. ESPN even claims to have broken the story, which got Jay's attention over at Jayski.com. This one story had actually been repeated over and over again by Kuselias himself. Smith replied with a laugh "this one is pretty simple, man. Give up 51% ownership of DEI. That's why we did not get a deal done here." Swat.

When Kuselias needs to feel better, he brings in the Around The Horn chat king Tim Cowlishaw. These two are perfect for each other. Kuselias asks questions that are softballs, and Cowlishaw gives his best Around The Horn answers. Of course, he is almost always totally wrong and was never even connected with NASCAR before this season, but that does not matter. In this segment, Cowlishaw slammed DEI, Theresa Earnhardt, and Max Siegel. The reality of NASCAR business did not matter, only that Kuselias had finally found someone to act harshly and speak in derogatory terms about a high-profile person. How naughty. Cowlishaw actually tried to allege that there was no room in NASCAR for a "fourth" Chevy team, and DEI would go under. That might get some points from Tony Reali, but with NASCAR fans, its time for the mute button. Cowlishaw has to go.

Since Daytona, ESPN has put forth a tremendous effort to produce quality Busch Series races. They have succeeded. Then, they took the step of re-vamping the NASCAR Countdown pre-race show by adding Allen Bestwick as permanent host. It succeeded. On NASCAR Now, ESPN has assembled some great field reporters, some outstanding analysts, and several "Insiders" who have delivered top stories all season long. The only thing left is to commit to a permanent five day a week host who fans can identify with and has racing credibility. Then, and only then, will NASCAR Now also have succeeded.

The Daly Planet welcomes comments from readers. Simply click on the COMMENTS button below, or email editor@thedalyplanet.tv if you wish not to be published. Thanks again for stopping by.
Posted by Daly Planet Editor at 1:19 PM 4 comments: