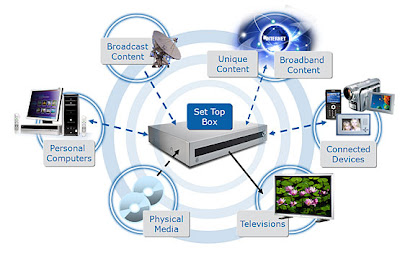 Last season, The Daly Planet talked about how the challenge of finding NASCAR video highlights and interviews anytime was being met by the Internet. Interestingly, it was not the TV networks or the big sports magazine websites that were stepping-up to meet this need.

In fact, it seemed that many of the "big boys" were mired in internal issues like joining a club or paying a small fee or even making users download a new media player. What NASCAR fans found out in 2007 in no uncertain terms was that the fans themselves were taking control of NASCAR footage and editing it...for each other.

Since the time that we drew attention to YouTube and other NASCAR video-hosting sites, the scene has exploded. One reason was the absence of original NASCAR TV programming during the off-season. Even with pre-season testing shows now underway on SPEED, it was only a late schedule change by ESPN that brought some older Daytona 500 highlight shows to ESPN Classic. Other than that, it was pretty bleak.

As many fans know, the popular website Jayski.com has undergone some changes since it was bought by ESPN. One early change was the addition of NASCAR video with links to ESPN.com. Now, we see that Jay has added a "comment option" on his news posts that links directly into the ESPN.com comments section. Things in Internet land continue to change where NASCAR content is concerned, and here is one reason why.

The situation is about to get even more interesting when SPEEDtv.com rolls-out a brand new look on February 6th. The Fox-owned network has always been struggling with its online philosophy, as this network has many of the same issues as ESPN. Both are hybrid TV networks that are unique in nature. There is no road map.

The method to Mr. Annison's madness is very clear. SPEED has more motor sports video of all kinds than any other network. By shifting the site to cater to the user with broadband access, SPEED is pushing the agenda of video-on-demand, user interactivity, and the ability to use hand-held devices to access the same content.

Listen to Annison's remarks on that topic. "This is just the beginning in the evolution of SPEEDtv.com and SPEED Interactive, where the environment is more conducive to broadband vertical initiatives and digital brand extensions for the linear network," he said. Yes, some people do talk like that in real life.

Step back for a minute and look at sites like ESPN.com, Jayski.com, NASCAR.com and SPEEDtv.com. Think about what they have in common. Look at the direction in which they are going and what they are investing time, money and technology in building. If you squint your eyes, it's easy to see. They all want to be your TV.

In 2008, nowhere will that battle be bigger than NASCAR. Daly Planet readers will once again be multi-tasking with a wide variety of devices that always paint a hilarious picture of fans at home on race day.

Think of the ways to get race info. The HDTV has the TV network video, the Sirius Satellite radio player has the audio, the computer has Raceview from NASCAR.com while the whole race is being recorded on the DVR or TiVo. Throw in a second TV on DirecTV's Hot Pass, texts from NASCAR buddies on the cell phone and Internet checks on several websites to see what everyone is talking about. The word for this mess might be "non-convergence." In some form, don't we all do it?

Eventually, the technology convergence will result in one device that can handle all of the tasks listed above. It might be an HDTV look-a-like that can toggle between any kind of digital source, and allow you to change sources by simply touching the screen or using a voice command. A big flat screen on your wall that can handle any audio, video, Internet, phone or any other function without blinking an eye.

In the meantime, thirty-one days out from the Daytona 500, NASCAR fans have something else on their mind. Checking on the Sirius contract, dusting off the computer keyboard, renewing their Hot Pass, cleaning the old shows off the DVR and trying to remember how they laid things out last season in the "NASCAR media room."

How will you be watching the Daytona 500 this year? Are you one of the many multi-taskers? If you are going to be viewing or listening to more than just the NASCAR on Fox telecast, can you tell us the reason why? Both the TV networks and the Internet guys are fighting tooth-and-nail for your time and attention. How are you going to "consume" the Daytona 500 this season?

Update: For a fascinating video glimpse of what is out there and on-the-way, click on this link and then play the video. How interesting!

Thanks for taking the time to tell us your thoughts on this topic. To add your comment, just click on the COMMENTS button below and follow the instructions. There is nothing to join and we do not want your email address. We just want to know how many buttons you will be pushing and on what device you will be typing as you watch the first Sprint Cup race of 2008.
Posted by Daly Planet Editor at 9:50 PM 52 comments: