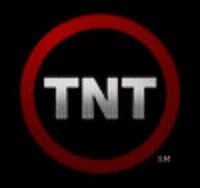 Things were happening on RaceDay over on SPEED. The fans were surrounding the SPEED stage and into everything that was going on. It looked like the party at Sonoma was in full swing. Then, TNT took to the air...and the party was over.

In the NASCAR on TNT Live! program, host Marc Fein spent his third week trying to stare down Bill Weber, who firmly believes he should be hosting this show. Fein sat on the spinning stage with Weber and Wally Dallenbach. This week, with Kyle Petty racing, Larry McReynolds joined the panel.

Once again, even though Weber hosts the next pre-race show...there he was on the set. TNT had two hosts, and the discomfort was again obvious. Fein is a smooth professional announcer who is not NASCAR-savvy. Weber just stares at him, oblivious to the camera. Dallenbach and Larry Mac fulfill designated roles, but Weber does not.

Fein was forced to include Weber in the panel discussions, as if Weber had put on his "expert" hat and was letting Fein hold his "anchor" hat. This could not have been more uncomfortable. Anytime Weber answered a question from Fein, he stared directly at him while hunched over the counter and leaning forward. There was such a weird dynamic in place, it rivaled NASCAR Countdown on ESPN2.

The absence of Kyle Petty was felt deeply. Even though Kyle appeared pre-race, the dynamic of Weber alone with Dallenbach was not working. Moving Larry McReynolds to the booth would have been a positive step for this broadcast. He often interrupted from the infield with information that Weber and Dallenbach should have been providing. TNT needs a crew chief in the booth.

Marty Snider has been having a tough time this season being back on TV. Last week, he continually interrupted Dale Junior and Rick Hendrick during an interview he was conducting. This week, he used a trip to Sonoma's wine country to make fun of both drivers and the TNT announcers. This TNT "inside joke" business is ridiculous. When Snider sat down with Junior Johnson this week, Junior barely got a full sentence out. Dale Carnegie is calling Snider's name, with an emphasis on...listening.

Weber returned to the anchor position for the Countdown to Green, and used so many puns in his opening, it made even the most veteran fans cringe. Enough already, we know you can write and use big words. How about some information? Thankfully, Kyle Petty checked in live from the track and summed up the news of the day.

The TNT set is barren, and even more so when Weber is alone or with Dallenbach. Weber introduced a profile of Juan Pablo Montoya, which featured profanity that was beeped out, but clearly could be understood. This should have been removed by TNT, and was left in on purpose. An amateur move. A classy guy like Matt Yocum, who was voicing over the feature, should not have to be associated with that type of content.

To be fair, TNT was saddled with a consistently boring race on a race track that NASCAR should not visit. These big COT cars were horrible on the road course, and even worse on TV. With only Weber and Dallenbach in the booth, Larry Mac feeling under the weather, and no support from Marc Fein except his deep voice, this broadcast was in trouble from the word "go."

Other networks would search for a story, maybe feature the "foot cam," or focus on using the in-car cameras extensively because of the shifting and endless driver concentration. TNT did not, and this lead to a lot of "dead air" where no one was talking. Often times, Weber would yell out the name of the pit road reporter when a car came into the pits. That was incredibly annoying, and the pit reporters thought so.

As if things could not get worse, the race turned into nothing more than a gas war. No one was "really" racing, no one was pushing the limit, and no one was doing anything but putting NASCAR fans to sleep nationwide. The TNT crew got its only spark of life from Kyle Petty, and its only knowledge from Larry McReynolds. The rest of the bunch had long since lapsed into in-fighting and disorder.

By the end of the race, the on-air crew had stopped communicating. The pit road reporters has just had it. Kyle Petty was nowhere to be found. Larry Mac's voice was gone, and we were left with Dallenbach and Weber. Time-and-time again, Weber said that Montoya could not make it on gas. But, he never explained why Montoya was racing so hard for the lead if he was about to run out of gas. It made no sense.

Montoya, of course, did not run out of fuel. Weber was wrong, the pit reporter was wrong, what they had told viewers as "fact" was wrong. Somehow, strangely, it did not make a difference. TNT never showed the top ten cars finish. They went to commercial while first time winner Montoya made his victory lap. They never told us who ran out of gas, and wrapped-up a confusing race with a confusing close.

This TNT effort so far has proven to be a clash of egos, and really has moved the fans to DirecTV, Pay-Per-View, and online broadcasts. Hopefully, Kyle Petty and Larry McReynolds can help this network get back on track next week. With all due respect, Sonoma was a poor effort in all areas, and TNT knows it.

The Daly Planet welcomes comments from readers. Simply click on the COMMENTS button below, or email editor@thedalyplanet.tv if you wish not to be published. All email is confidential. Thanks again for stopping by.
Posted by Daly Planet Editor at 3:15 PM 46 comments: 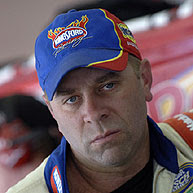 Week after week since Daytona in February, Stacy Compton has bit his tongue. As the studio analyst for ESPN's NASCAR Now, he has been perched on the ESPN High Definition Studio set surrounded by an incredible cast of characters. This Sunday morning, he was alongside host Erik Kuselias and Around The Horn's Tim Cowlishaw.

During the season, Compton has been practicing his skill in the art of patience, while all the time carving for himself a nice little TV career. His plain-spoken opinions may at times be simplistic, but they are honest. He is a NASCAR veteran, just not a high-profile one. He continues to actively race in the Craftsman Truck Series, where he is in the top twenty in points.

There is no doubt that Stacy is NASCAR, and he represents for ESPN a proven viewpoint that reflects experience and character. That is exactly what NASCAR Now needs on the set, because each week, the stick-and-ball boys in Bristol need a sacrificial lamb. That lamb is Stacy Compton.

Former series host Doug Banks used to look at Compton and read a scripted question. Banks would bob his head and nod while Compton spoke. What Stacy knew, and eventually we all found out, was that Banks has absolutely no NASCAR knowledge. The entire time that Banks and Compton appeared together, Compton had to bite his tongue. There was a secret...the host had no clue.

On this Sunday, seated next to Compton was Tim Cowlishaw. This Dallas-based reporter has become an incredible "content machine" for ESPN. The network loves to turn him loose to fill time in almost any circumstance on almost any show.

Why he is on NASCAR Now has never been explained. The program has a ton of good solid reporters, several analysts, and a couple of hosts. Cowlishaw just seems to stop by and talk about things like he is in a bar and the TV is on ESPN2. Daly Planet readers like to refer to him as "Mr. Obvious."

This disheveled man speaks to Compton as if he is casting judgement on him, exactly the same way that Kuselias does. Somehow, Cowlishaw and Kuselias think they "know." They listen to what Stacy says, and then talk about it as if he is not there. Its one of the strangest things on sports TV right now. Compton just nods as they yell and gesture, and bites his tongue.

A while back, Compton was alongside driver Boris Said watching Kuselias interview the twenty-four car crew chief Steve Letarte. Jeff Gordon had just won Darlington with a COT car spewing water like a geyser. Rather than let Compton do the interview, the egos of ESPN continue to force the host to ask the scripted questions, rather than let experts talk racing with those actually doing it.

Kuselias first question to Letarte was "so, how close to blowing-up were you?" In the background, you could hear the muffled laughter of Said, and see Compton just slowly shaking his head as if to say....who are these guys?

This week, Kuselias led a discussion about the best sponsorship for Dale Junior. Compton made all the right points about what Bud had done for Junior, and vice-versa. Cowlishaw pushed all that aside, because he only understood the obvious, and he chose Sony. Compton reminded them Junior still had a personal services contract with Bud, so even if the hood of the eight changed, he still worked for Budweiser.

The glaze in the eyes of Cowlishaw and Kuselias again summed-up for viewers the problem with NASCAR Now. These guys had no clue. Kuselias dismissed Compton's logical analysis, and that arrogant smirk viewers know so well came on his face. Kuselias said the best sponsor for Junior would be Yoo-hoo. That's right. On national TV, Kuselias said Yoo-hoo chocolate drink would be good for Junior.

Without saying anything else, Kuselias implied that even the rich rednecks like Junior enjoy a good cold chocolate drink. That's what those guys drink down there in like...North Carolina right? Once again, Stacy Compton took a deep breath. Once again, he forced a smile. And once again, he bit his tongue and thought...what the heck have I got myself into?

The Daly Planet welcomes comments from readers. Simply click on the COMMENTS button below, or email editor@thedalyplanet.tv if you wish not to be published. All email is held in confidence. Thanks again for taking the time to stop by.
Posted by Daly Planet Editor at 12:24 PM 4 comments: