ESPN Working The Dayshift On Saturday 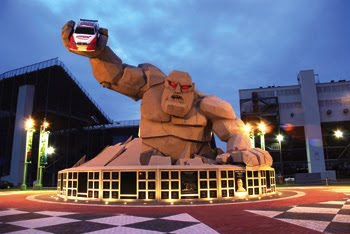 The sports car race is called The Petit Le Mans. It will be shown on SPEED from 11AM to 9PM ET live on Saturday. Needless to say, that means there will be no NASCAR on SPEED from Dover during the dayshift.

Marty Reid is back on the Nationwide Series this week, but once again he has Dale Jarrett and Andy Petree with him. Those two are pulling double duty in Dover handling all the Sprint Cup and Nationwide Series TV. Perhaps, not the best idea.

Reid starts the day on ESPN2 at 10:30AM with Nationwide Series qualifying. As veteran NASCAR fans know, qualifying has not been a strong point for ESPN. The production format eliminates much of the actual on-track action and over-uses graphics and interviews during what should be a singular focus on just one car at a time.

The ESPN pit reporters will join Petree and Jarrett for this program. The weak line-up of the Nationwide Series will be bolstered by the cross-over Sprint Cup drivers. There are eight of them this week. This group has been the consistent emphasis for ESPN with the Nationwide coverage where interviews are concerned. Brad Keselowski may be the lone exception to that rule.

There is a college football game that starts at 12PM on ESPN2 this Saturday. Despite the fact that these games run 3.5 hours, once again the NASCAR Countdown pre-race show is scheduled for only three hours after kickoff. Luckily, ESPN Classic has a wonderful marathon of the New American Sportsman in progress at that time. Fans may well see the Nationwide Series pre-race show on Classic.

NASCAR Countdown will be Allen Bestwick along with Brad Daugherty and Rusty Wallace live from the Infield Pit Studio. During the last race, these three offered more enthusiasm and entertainment than Reid, Jarrett and Petree combined.

It will be 3:30PM when the live race telecast gets underway, hopefully on ESPN2. Tim Brewer will also be along from the Tech Garage, although laps at Dover are so fast and exciting he should only be seen during caution periods or in the smaller of the two video boxes in the split-screen. It is September and fans have been watching since February. Pointing at car parts this late in the season often makes very little sense.

While the three announcers upstairs struggle to find a winning combination, the ESPN production team is going to be facing the same old Dover. Two bridges over the track need to be cut-out of the TV pictures, the accidents happen with lightning speed and in-car camera shots used live are risky.

At 6PM, there is another big college football game scheduled for ESPN2. Should this race have several long caution flags, a red flag period or some rain, it will be interesting to see whether football or NASCAR interrupts the world famous New American Sportsman marathon over on ESPN Classic once again.

The wrap-up of the day is Happy Hour for the Sprint Cup Series scheduled for 7PM over on ESPN. This NASCAR program has live college football on both sides. Needless to say, it should be interesting to see how the day has progressed by the time 7PM rolls around.

SPEED finally pokes into the NASCAR world with the Camping World Truck Series race coverage. The pre-race show begins at 9PM and TDP will live blog that telecast. The only airing of NASCAR Performance with Larry McReynolds, Chad Knaus and Bootie Barker will follow the race at 12:30AM.

For comments before, during and after the ESPN dayshift NASCAR coverage on Saturday, just click on the comments button below. This is a family-friendly website, please keep that in mind while posting your TV-related comments. Thanks for stopping by.
Posted by Daly Planet Editor at 9:30 PM 31 comments: 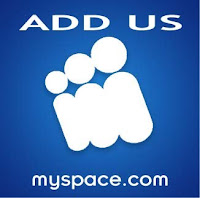 The ever changing world of online media is especially challenging for NASCAR as a sport. Instead of an organized league like baseball or football, NASCAR is a large group of independent contractors who simply meet to race. The race teams, the sponsors and even many drivers all have their own online presence.

The folks at Turner Sports in Atlanta have revamped the NASCAR.com website several times to try and figure out how to serve all these different interests. Now, they have expanded again to add a presence on MySpace.com for NASCAR fans. Here is the official info:

Turner Sports and MySpace announced today a partnership between the popular social networking platform and Turner Sports-managed NASCAR.COM, the online home of NASCAR.

A custom NASCAR-branded page will live on MySpace embodying MySpace’s multimedia platform by offering videos, news and photos provided by NASCAR.COM, along with socialization capabilities to give users an enriched experience.

Fans may further interact with NASCAR on the MySpace community via the driver gallery where they can find corresponding pages for the athletes. In addition, MySpace will provide promotion to NASCAR.COM’s portfolio of offerings including the Superstore, TNT RaceBuddy and TrackPass subscription products.

Fans can access the official NASCAR page on MySpace at: www.myspace.com/nascar

The NASCAR page on Facebook originated by Turner has proven to be very popular with over 215 thousand fans. Click here to take a look at that page. It is easy to become a Facebook fan and receive lots of information from NASCAR directly.

The final piece of this online puzzle is the rapidly growing Twitter. NASCAR is already established with regular updates on all three national series, the regional touring series and many other sections of the sport including NASCAR.com directly.

The goal of this expansion to MySpace is the same as our recent discussions about ESPN trying to organize its online information. The concept has two parts. The first is for a piece of information to be published and appear on NASCAR.com, Facebook, MySpace and Twitter at the same time. That makes sense, so that everyone gets the same information.

The second part of the puzzle revolves around the fans. Click here for a video on how the Turner gang has reorganized the Community section of NASCAR.com to enable users to establish their own personal presence on that site.

The idea is to cross the traditional technology boundaries and let conversations and updates occur between Facebook, MySpace, Twitter and other messaging services. A lot of this came about because of the tremendous popularity of RaceBuddy this summer.

The NASCAR fan response was overwhelming to a free application that provided a live pit reporter, user-selected cameras, team audio and many other features. This is clearly going to become a permanent addition to all Sprint Cup Series races once the TV network politics are settled. With the financial and TV ratings issues facing the sport right now, 2010 might just be the year to make sure this gets done.

So, kudos to the Turner folks for continuing to expand the online offerings. There are many among us who believe that the NASCAR.com website could be better organized, but at least the Atlanta-based company is listening and making changes.

Perhaps, you could take a moment to offer a comment if you actively use NASCAR's Facebook, Twitter or NASCAR.com website. You can also offer your opinion by clicking the comments button below on the new MySpace and expanded Community options we discussed.

This is a family-friendly website, please keep that in mind when posting. Thank you for taking the time to stop by The Daly Planet.
Posted by Daly Planet Editor at 6:00 AM 30 comments: