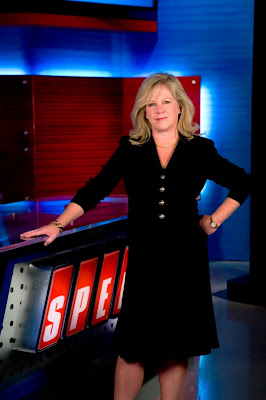 Here is some information from the official SPEED media release:

“Beginning Nov. 1, Patti will take the lead in two crucial areas at SPEED,” said SPEED President Hunter Nickell. “Program development is key to any network’s continuing evolution, and with our substantial commitment to a live network presence at all NASCAR Sprint Cup Series and NASCAR Camping World Truck Series events headlining a massive motor sports production schedule, bringing in someone with Patti’s credentials and experience strengthens the entire SPEED team.”

Wheeler, who has produced every major racing series for every broadcast and cable network that has ever done motor sports, started her career at age 22 as a producer/director of live NASCAR races. She later served as Director of Motorsports and Executive Producer for TNN. Prior to founding her own company, Wheeler Television, Inc., Wheeler was President of World Sports Enterprises, the leading motorsports television production company in the U.S.

A graduate of Belmont Abbey College, Wheeler lives in Charlotte with her husband, Leo Hindery, Jr., and their two teenagers. She has been named one of NASCAR’s Top 25 Most Powerful People by the Charlotte Observer and was included on the Charlotte Business Journal list of Top Forty Under Forty.

We often see management changes when a new executive is put in charge of a major property. Hill was frustrated over the years that SPEED was managed by executives at FOX's Cable Networks group. Now, Hill is fully in charge of the entire SPEED franchise and that should bring even more changes down the road.

Keep in mind that the original reason SPEED moved from Stamford, CT to Charlotte, NC was to become a fulltime NASCAR TV network. Those plans never worked and lots of things have changed since then. It should be interesting to see how this new addition to SPEED effects what NASCAR fans see at home.

I can take your comments and questions in the comments section below. Just click on the comments button, there is no sign-up or auth code. Just talking NASCAR TV.
Posted by Daly Planet Editor at 3:30 PM 22 comments: 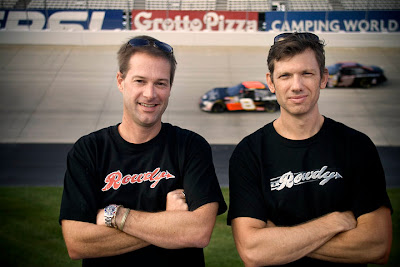 Thanks to the boys at Rowdy for including me in their Tuesday podcast. Click here to open the Rowdy.com homepage. Click on the "Play Today's Podcast" link on the right side of the page to open the podcast. It will load quickly and then play.

Let me know what you thought of the topics we discussed. Lots of good questions and issues in NASCAR TV land at this time of the season.

To add your opinion, just click on the comments button below. This is a family-friendly website, please keep that in mind when posting. Thanks for taking the time to stop by.
Posted by Daly Planet Editor at 1:30 PM 4 comments:

Here are some items that crossed the TDP desk early in the week:

Steve Byrnes mentioned on the Monday night Race Hub show that SPEED would be carrying the January testing from Daytona International Speedway. We will try to get more details and pass them along. Testing is Jan. 20 - 22.

The picture above is of the late Benny Parsons at Daytona in 1969 running an ARCA car. Wednesday is the voting and announcement of the next inductees into the NASCAR Hall of Fame. Parsons is one of those nominated. SPEED has a preview show at 3PM and the live announcement at 4PM ET. The good news for fans who are away from the TV is that NASCAR.com will stream the announcement live starting at 4PM. Thanks to our friends at Turner Sports!

On a tough note, Neil Goldberg has been let go by ESPN. Goldberg was the Sr. Producer for NASCAR on ESPN and worked for NASCAR on FOX prior to that. He was arrested last week on a variety of charges after a Peeping Tom incident in his own neighborhood. Let's hope he gets some help and is able to confront the behavior that led to the incident.

Tuesday Mike Massaro hosts NASCAR Now on ESPN2 at 5PM ET. He will have Tony Stewart and AJ Allmendinger as guests. Both are set to announce new sponsors for 2011. Steve Byrnes hosts Race Hub on SPEED at 7PM. Rick Allen will stop by to preview his votes for the Hall of Fame. Also, Kurt Busch and Allmendinger are on the program.

The overnight (early) TV ratings are in and the NASCAR struggles continue. There were a ton of TV choices on Sunday and the race telecast got the expected results. From Jim Utter of thatsracin.com - Overnight ESPN TV ratings for Sunday's NASCAR Cup race at Auto Club Speedway are off 26 percent from year ago on ABC (2.3 to 3.1).

ESPN was kind enough to send along an advance copy of Tim Richmond: To The Limit that will air on Tuesday, October 19 at 8PM ET. This program will be on ESPN and is part of the 30 for 30 series that has been fantastic. The Richmond program is produced by Rory Karpf of the NASCAR Media Group. I'll be screening the show later this week and publish a review.

Finally, Shane Hmiel's family is updating his condition on a new Facebook page. Click here for the link that has the most up to date info and some great comments from fans. All our best to Shane and his family during this difficult time.

We will add any additional stories that pop-up on Tuesday right here. In the meantime, please feel free to comment on the topics mentioned above. To add your opinion, just click on the comments button below. This is a family-friendly website, please keep that in mind when posting. Thanks for stopping by.
Posted by Daly Planet Editor at 9:00 AM 14 comments: