NASCAR TV: The Cart Before The Horse 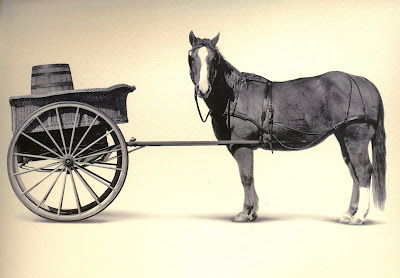 The word is on the street that FOX Sports is back in the driver's seat with NASCAR. The Sports Business Journal suggests that FOX is about to announce a new TV contract with the sanctioning body. The current agreement expires at the end of 2014.

It's pretty easy to understand why FOX wants to get this deal done. The company is about to kill the cable network we now know as SPEED. FOX uses words like "rebranding" to explain this change, but the bottom line is that the only TV network originally dedicated to motorsports has failed.

Once NASCAR allows FOX to sign on the dotted line for Sprint Cup Series races, SPEED will become the FOX Sports 1 cable network and carry sports of all types. The implied promise by FOX to NASCAR is that there will still be NASCAR programming on the new network. Unfortunately, history tells a different tale.

The very reason SPEED moved from Stamford, CT to Charlotte, NC years ago was to become the official NASCAR cable TV network. Prior to that transition, SpeedVision carried a variety of programming related to cars, boats, planes and motorcycles.  The new company buying the network made no bones about the fact their agenda was NASCAR. That company was FOX.

FOX was so committed to NASCAR that it became a partner in the official TV production arm of the sport, then called NASCAR Images. It was all going to be so perfect. FOX would continue to carry live Sprint Cup Series races, be a partner with NASCAR in TV production and open a 24 hour cable TV network to show those programs.

Well, a funny thing happened on the way to NASCAR nirvana. Things quickly fell apart. FOX and NASCAR quietly parted company in the ownership of NASCAR Images. SPEED's management parade then saw an eroding of the commitment to motorsports and the rise of reality/lifestyle programming.

Ultimately, SPEED became a two-headed monster that made no sense. Motorsports on Friday through Sunday and some of the worst reality and lifestyle programming ever produced for American television on Monday through Thursday. All the while, the SPEED management never saw the big picture.

Now, it's NASCAR's turn to either remember the past or get burned by it. Once FOX has a signed deal for the Sprint Cup Series events, there is absolutely no incentive for the company to make NASCAR programming a priority for the new FOX Sports 1 network. As veteran fans know, this type of support or shoulder programming is vital to the sport.

From January through November, SPEED is the official TV network of NASCAR. Even without a Sprint Cup Series points race or any Nationwide Series events, SPEED is NASCAR's most important TV partner. Whether it is practice, qualifying or pre and post-race programming no network comes close to SPEED.

The new agenda of FOX Sports is to use the millions of homes already subscribed to SPEED as a platform to chase the ESPN franchise and revenue stream by developing the FOX Sports 1 network. Broadening the agenda of the new network by adding mainstream sports like Major League Baseball, college football and news will deeply affect motorsports in general.

In the current TV deal, NASCAR went for the dollars and the results were not good. The sanctioning body was forced to buy back it's own digital (online) rights from TV partner Turner. ESPN has buried the Nationwide Series every year once college football begins and the network's Chase coverage has been panned.

FOX comes in with a splash at Daytona, makes a lot of noise about itself and then goes away. The only broadcast TV network left in the entire TV contract, this season FOX featured the Waltrip brothers and their self-promoting agendas. It's not hard to imagine that Darrell and Michael may be in the TV booth together in the new deal.

A NASCAR on FOX announcer hinted months ago on Twitter that FOX may be expanding the amount of Sprint Cup Series races the network covers in the new contract. It is no secret that there is no love lost between NASCAR and TNT after years of digital tension between the two companies that ultimately cost NASCAR tens of millions of dollars. Those 6 TNT races may be on the negotiating table.

The bottom line is that making a new deal for Sprint Cup Series races on FOX without locking in a full season of support programming on FOX Sports 1 would be a huge mistake. You can't sell the bacon without the sizzle and losing the practice, qualifying and news programs that now air on SPEED would be a disaster.

Many TDP columns were written asking SPEED to expand NASCAR programming to weeknights. The answer was no. The concept of a weekday morning NASCAR news and interview show, perhaps in cooperation with MRN/Sirius radio, was panned. The idea of a nightly NASCAR news show was openly mocked for years. Now, these issues have come full circle.

FOX is simply a company chasing higher profit margins through the conversion of an existing specialized cable TV network to a  general sports network. The company is not partners with NASCAR. FOX wants Sprint Cup Series races for its broadcast network until other sports can fill Sunday afternoons.

When the news of this new FOX deal with NASCAR emerges, keep an eye on what else is included other than the races. That should be a clear-cut sign of just how well NASCAR negotiated and also what real agenda of FOX emerges after the money changes hands.

We invite your opinion on this topic. Comments may be moderated prior to posting.
Posted by Daly Planet Editor at 12:18 AM 41 comments: