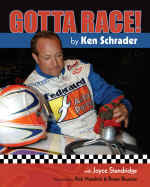 The synergy between baseball and NASCAR will be put to the test on Wednesday's edition of NASCAR Now at 6PM Eastern Time. With the Sprint Cup Series racing in New Hampshire this weekend, Allen Bestwick will be appearing on ESPN2 from the one-and-only Fenway Park.

As a lifelong Red Sox fan, Bestwick should be in heaven as he hosts the Roush-Fenway Cup drivers on a visit to the Boston ballpark. David Ragan and Carl Edwards are going to be taking batting practice with the team in the afternoon. Ragan will then throw-out the first pitch for the Red Sox vs. Diamondbacks game that evening.

On Saturday, the Nationwide Series race will migrate over to ABC for a rare weekend broadcast TV appearance. ESPN's Tim Brewer will have the weekend off so the network needs someone to staff the Tech Center.

Filling that need will be Jeff Gordon's crew chief Steve Letarte. A native of Maine, Letarte will get his first exposure in this role on a very big TV network stage. Letarte will have the cutaway car and all the Tech Center toys, so it should be a fun experience for this NASCAR veteran. The race coverage begins at 2:30PM.

ESPN also released the list of ESPY Award presenters. No one from NASCAR yet, but Danica Patrick mentioned right on the front page. Joey Logano might be a good call if the network wants to promote the Nationwide Series as well as the IRL.

For those of you asking, the trio in the ESPN/ABC booth at New Hampshire will be Dr. Jerry Punch, Dale Jarrett and Ray Evernham. Jarrett returns after a planned break and Andy Petree has the weekend off. Allen Bestwick and Brad Daugherty will handle the infield duties.

On a Dale Jarrett-related note, ESPN Classic will have the 1993 Daytona 500 replay on June 26th at 2PM Eastern Time. This was the first of Jarrett's three Daytona 500 wins. Classic also sneaks-in the 1999 Pontiac Excitement 400 from Richmond on June 27th at 3AM. This is DVR Theater at its finest.

Finally, several Daly Planet readers have written-in about the "Where in the World is Kenny Schrader?" feature seen recently on the SPEED Report. Seems this idea may have originated in the TDP reader comments while discussing the issues about TWIN on SPEED.

It was suggested that if Schrader could not physically be on TWIN, than perhaps the show could benefit from a report about Schrader's local racing activities as he travels across the nation enjoying this time in his racing life. Apparently, SPEED liked the idea but not for TWIN. Perhaps, they will eventually give some credit where credit is due.

There will be a full preview of the weekend up later and I appreciate your patience while I have been on vacation in Texas this week. Back to South Florida on Wednesday, and ready for a big weekend of racing from New Hampshire.

Please feel free to offer your comments on the TV notes above. To add your opinion, just click on the COMMENTS button below and follow the easy instructions. The rules for posting are located on the right side of the main page. Thank you for taking the time to drop by The Daly Planet.
Posted by Daly Planet Editor at 10:31 PM 23 comments: