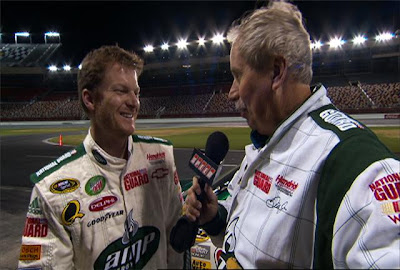 So, Robin Miller from SPEED followed through for Dave Despain and took a ride with Junior around the Lowe's Motor Speedway on Wednesday. Here are some top-secret shots of the episode smuggled out under the cover of darkness. Miller will recap his experience for Dave Despain on Wind Tunnel at 9PM Sunday night on SPEED. 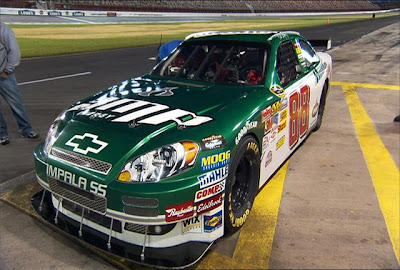 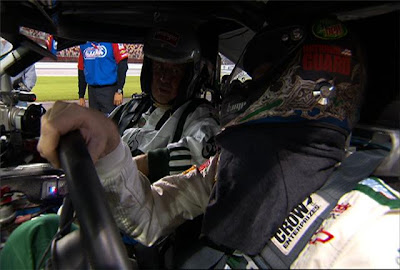 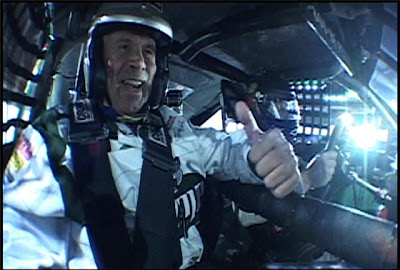 The Daly Planet welcomes comments from readers. Just click on the COMMENTS button below and follow the easy instructions. The rules for posting are located on the right side of the main page. Thanks for taking the time to stop by.
Posted by Daly Planet Editor at 3:00 PM 14 comments:

The college football season rolls-on and the Nationwide Series has been taking it right in the teeth again this year.

This week's race is from Texas and the pre-race show is scheduled at 3PM after a college football game that began at Noon. Good luck.

It will be Allen Bestwick along with Rusty Wallace and Brad Daugherty that kicks things off with NASCAR Countdown. They will be assisted by the NASCAR on ESPN pit reporters Shannon Spake, Jamie Little, Dave Burns and Mike Massaro. Tim Brewer will also be along from the Tech Center.

Following the pre-race show, ESPN's team of Dr. Jerry Punch, Dale Jarrett and Andy Petree are up next for the race. Green flag is currently scheduled for 3:47PM.

The Nationwide Series has once again come down to a struggle between two Cup stars. Even the story of Nationwide "regular" Brad Keselowski has been tempered by the fact that JR Motorsports is lacking sponsorship for next season and things look bleak.

The good news is that this track has been working well in terms of keeping two grooves and the racing action should be exciting. ESPN has been having fun with this series and coverage is stripped-down and basic. In complete contrast to the Sprint Cup Series chaos, this TV package is normally about the race and not the hype.

Depending on what happens with college football, NASCAR fans should be ready to turn the dial to ESPN Classic if football runs long. Nationwide fans know that drill all too well.

This post will serve to host your comments about the Nationwide Series coverage on ESPN2. To add your TV-related comment, just click on the COMMENTS button below and follow the easy instructions. The rules for posting are located on the right side of the main page. Thank you for taking the time to stop by The Daly Planet.
Posted by Daly Planet Editor at 2:24 PM 133 comments: