Who Said? Boris Said Just A Little Too Much 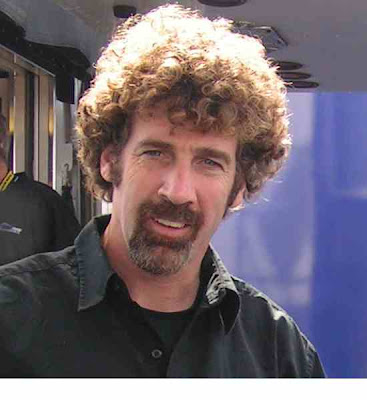 When the NASCAR road course races come around, there is pressure on some drivers to get as much exposure as possible. The road course "ringers" sometimes have a tough time in the sport, and over the weekend in Mexico Boris Said had trouble with a Nationwide Series regular.

Marcos Ambrose has been racing hard in the Nationwide Series, and proven himself to be a fan favorite. He came from the back of the pack twice in the Mexico City event and had a car he thought could win. On the way back to the front, he tangled with Said and ended his day.

Host Ryan Burr brought Said and Ambrose together on Tuesday's NASCAR Now for what was billed as a discussion. It turned-out to be a personality profile of two very different drivers at two very different points in their respective careers.

Ambrose was apologetic, and tried to soften the tone by showing-up attired in a "Said Head." Unfortunately, Boris was having none of it. This sports car veteran turned occasional NASCAR racer had only one thing on his mind and that was whining.

A veteran NASCAR PR person might have helped Said to understand that there is a point where you stop talking and let the public be the judge of the situation. Even though Burr and Said are both members of the NASCAR Now team, Burr let Said complain to the point of no return. Said came off in a bad light, and Ambrose emerged as a stand-up guy.

The downside of this interview is that Said will eventually return as a commentator to NASCAR Now. Viewers will now be able to remember this interview as a glimpse of a very different side of Said. He was already on thin ice for speaking to issues connected to Roush Fenway Racing without disclosing his relationship to that company. Only substitute host Marty Reid made this information public before allowing Said to comment. Said's next NASCAR Now appearance may be viewed in a much different light.

It was Petree that continued on the show to address the recent Nationwide Series race in Mexico City. With lower attendance and high costs for the teams, Petree said very clearly that he thought NASCAR should move this race to a domestic road course venue. This is a strong call for NASCAR to reward a US track with another race in an environment where available NASCAR race dates are a rarity.

Petree continues to have a great year on TV, especially in this new NASCAR Now setting with all three of the show hosts. It seems that the addition of Dale Jarrett to the ESPN team may have jump-started Petree's enthusiasm. Hopefully, ESPN will continue to make good use of his outspoken and experienced viewpoints throughout the season.

NASCAR Now stepped a bit deeper into the reality of the sport with some limited regional racing highlights and results. As the regional tracks begin to understand that this TV series may be interested in highlights, there is no doubt the show will begin to be flooded with footage from the various regional series.

With the Internet a viable way to send video, perhaps NASCAR Now will enlist the NASCAR fans to help spread the national TV coverage of the sport by sending footage. No doubt they will instantly find a lot of volunteers.

The Daly Planet welcomes comments from readers. Simply click on the COMMENTS button below and follow the easy directions. The rules for posting are on the right side of the main page. Thanks for taking the time to stop by.
Posted by Daly Planet Editor at 6:01 PM 48 comments:

Danica And Diversity Are TV Topics Once Again 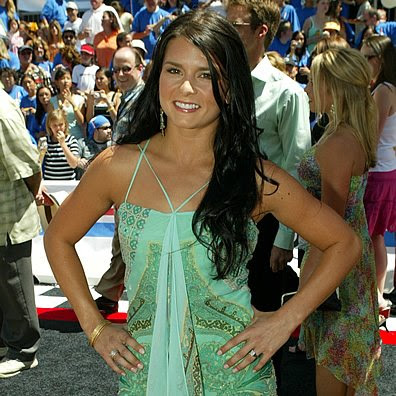 This is the link to a Daly Planet column written in December of 2007 addressing the single biggest issue in NASCAR. Before the COT, before drug testing and before bad tires from Goodyear, there was simply "diversity."

Regardless of the circumstances, Danica Patrick has thrown a rock into the pool that will result in a wave of questions surrounding diversity for the drivers at Talladega. Could she win in NASCAR? Would she fit in the new Childress car? Why are there no female drivers in the Cup Series?

How the TV networks will approach this issue as Talladega looms will be interesting. SPEED and ESPN2 have both broached the subject of Danica, including Allen Bestwick raising the issue on Monday's NASCAR Now.

Dave Despain had a nice interview with Danica on Wind Tunnel, who appeared to be as surprised as anyone that she had walked away with the victory. Fuel mileage races are common to both NASCAR and the IRL, but somehow in the IRL the drama is less intense. The extensive electronics, the fuel gauges and the engineers tell a very different story on TV than Chad Knaus simply telling Jimmie Johnson they are going to "go for it."

These days, as NASCAR looks around at the IRL and the NHRA, they find themselves surrounded by a very different breed of star. Ashley Force, Angelle Sampey and Melanie Troxel headline the NHRA series. Troxel has been over 330mph. Minority stars like Antron Brown and JR Todd mix seamlessly into the sport and attract a big fan base.

The IRL now boasts drivers from all over the world, and the Danica Patrick vs. "the boys" rivalry is a dream for newspapers and Internet sites. As David Poole said, this is a time for NASCAR to take a look in the rearview mirror. That "other series" is making some noise and about to head to Indy.

With a full weekend of TV programming being offered by SPEED, ESPN2 and Fox it should be interesting to see what programs bring-up this subject, and how they choose to handle this story and the broader topic. Certainly, RaceDay and Tradin' Paint on SPEED are two programs that come to mind where the issue might be raised. Also, the Hollywood Hotel portion of the Fox telecast during the pre-race. It might be interesting to let DW weigh-in on the subject.

The Daly Planet welcomes comments from readers. Simply click on the COMMENTS button below and follow the directions. The rules for posting are on the right side of the main page and thanks for taking the time to stop by.
Posted by Daly Planet Editor at 1:44 PM 22 comments: