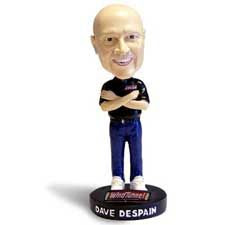 There was no doubt that lots of former fans of Inside NEXTEL Cup on SPEED decided to give this show another try on Monday night. There were two reasons for them to believe that this episode of the long-running series would be top-notch.

Panelist Greg Biffle had won the NEXTEL Cup race in Kansas in very controversial style. Comments televised nationally by both Jimmie Johnson and Clint Bowyer questioned whether Biffle had kept reasonable speed behind the pace car or had run out of gas. Should he have won? INC had the one man who could answer that question. Unfortunately, on this Monday Biffle had other plans.

Original show veteran Kenny Schrader was one of the key stories of the race. His decision to run three-wide alongside fellow panelist Michael Waltrip resulted in a collision that deeply affected The Chase for the Championship race. It was going to be interesting to hear what he had to say.

When Dave Despain appeared on-camera, he introduced at least two of the panelists. Seated alongside Despain were Michael Waltrip and Brian Vickers. On the seat between them was the lifesize Little Debbie display cut-out of Kenny Schrader. That did not bode well for a Schrader appearance. It seems that Schrader had other plans as well.

After Little Debbie was removed, Despain introduced David Reutimann, who would join the panel for this show. There was little doubt from the outset that Reutimann was out of his league with the pace of this program, but he held his own by using his real life good-natured attitude.

This mix proved to be interesting, as Waltrip and Despain handled the bulk of the show, and Vickers filled-in the blanks. Once again, Vickers and Waltrip seem to have mended fences, and worked well together. This left one role for Reutimann, which was to agree with everything that everyone said.

With an action-packed race like Kansas, the format of the program worked perfectly. Viewers saw all the issues and incidents of the race along with the Tony Stewart incident from practice. The panel also addressed the post-race issues raised by Jimmie Johnson and Clint Bowyer.

Waltrip spoke plainly about several incidents, including the Dale Junior vs. Kurt Busch accident. He also took some time out to focus some good-natured needling on Jack Roush and his work neighborhood of Livonia, Michigan. Vickers once again made his way thought the show with a much more mature personality than viewers had known in the past.

Dave Despain was a bit flustered, and several times lost his place. You just don't see that type of thing on the air too often when the show is taped. As The Daly Planet mentioned in a previous article, Despain's nervous laughter is gone, and in several weeks viewers might just find out why.

Hopefully, the original panel including Biffle will be on-hand after the huge Talladega race that already has news and personality stories building five days before the race itself. The next program in this series will be huge.

No matter what the outcome, someone in management has gotten their hands on this show and put things in order. Gone is the sniping and the control issues, and back in vogue is the good-natured fun and the driver comments that add to the understanding of what happened on the track.

That feeling for viewers only comes from hearing the information from the people who lived it. Everything changes when most of the panelists just came back from driving in the race. This week, despite the two missing "regulars," all the information and experience of the previous weekend was on display in a solid program.

The Daly Planet welcomes comments from readers. Simply click on the COMMENTS button below, or email editor@thedalyplanet.tv if you wish not to be published. Thanks again for taking the time to stop-by.
Posted by Daly Planet Editor at 9:02 PM 41 comments: The panel will review the NEXTEL Cup and Busch Series races from Kansas, and answer viewer questions. This program has been on-the-air for over a decade.

This page will host comments on the program from Daly Planet readers. Comments can be left before, during, or after the program airs. Please make sure each comment contains your opinion of the show itself, or what suggestions you may have to improve or add to the program.

To post your opinion, simply click on the COMMENTS button below, and follow the simple instructions. There is nothing to join, and you do not have to leave your email address. Rules for posting are located on the right side of the main page. Thanks again for stopping-by The Daly Planet.
Posted by Daly Planet Editor at 1:46 PM 38 comments:

SPEED Finally Commits To HD For 2008 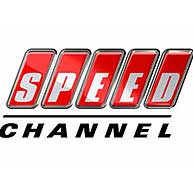 Motorsports fans will finally get their wish now that SPEED has announced they will change over to all High Definition programming beginning in February of 2008.

This date makes sense, as most of the off-season programming the network shows in December and January has already been in the works. SPEED is going to launch this switch during Speed Weeks at Daytona, which is a great promotional time for them.

SPEED President Hunter Nickell said "SPEED already offers some of the most action-filled programming on television and the move to HD in 2008 enhances all of it exponentially." SPEED just topped the seventy million household mark, and is one of the most rapidly growing cable networks in North America.

Rick Miner, SPEED's Sr. VP of Production and Operations will be managing the project, which will continue in transition throughout the 2008 season. Obviously, the network has to completely change a ton of equipment that they currently have in place. This is especially true for NASCAR, where the TV trucks producing all the shows from the SPEED Stage are now rendered obsolete.

This is a big and positive move for SPEED, and its parent company Fox Cable Networks. Racing fans have been asking for this switch, and the network is now at a level of distribution where it can be accomplished. Ultimately, this may prove to be the most historic thing the network has done since its purchase by Fox in 2001.

The Daly Planet welcomes comments from readers. Simply click on the COMMENTS button below, or email editor@thedalyplanet.tv if you wish not to be published. Thanks again for taking the time to stop-by.
Posted by Daly Planet Editor at 1:03 PM 22 comments: 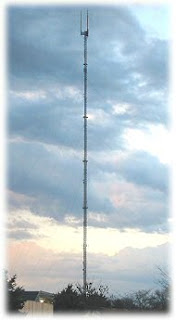 Since the long ABC and ESPN2 presentation of the NEXTEL Cup race from Kansas, there have been many emails asking the same fundamental questions about TV. Let me try to address some of them in the easiest terms to understand.

ABC is a broadcast television network. They transmit several "satellite feeds" to their local station affiliates. These stations then "downlink" or receive the feed and mix in their local commercials and promos. This is how they insert the ads for your local car dealers and promo the eleven o'clock news.

The station then sends this "program feed" to their big transmission tower, which broadcasts the signal over the air. This is commonly called "free TV." Anyone with a TV can see this signal without having to pay for cable TV or a satellite dish.

There are as many as four feeds from ABC sending programs to their local stations. This is because of the different time zones in the US. While the ABC national news might be on at 6:30 PM in the East, it would only be 3:30PM in California. So, they use the different time zone feeds to send different shows out across the nation. This way, the programs can be seen nationwide at the same times in each time zone. It has been this way for a very long time.

A cable sports network like ESPN or ESPN2 is very different. They send one signal out to the entire nation. If two teams are playing football at noon in the East, the same game is being seen at 9AM in California. When SportsCenter is on at 7PM in the East, it is on at 4PM in California.

The ESPN Network signals are "downlinked" directly by cable systems. There are no TV stations in this mix. The cable systems insert local ads automatically, which sometimes results in the sloppy appearance of the home town ads in your area. Its just the nature of the beast.

When ABC or another broadcast network televises a live sporting event, they plan a "window" of time for that program. This window includes the potential over-run of the event due to things like overtime in the NBA or extra innings in a Major League Baseball game. Some sports pose a greater challenge than others, with NASCAR leading the pack.

A NASCAR race on a broadcast network can be trouble. We have seen the Fox Broadcast Network wait many hours until an afternoon race resumed under the lights late at night. Fox made this commitment because they have a problem. While they have many regional sports networks, they have no national cable sports network. They have nowhere to go.

Only the combination of ABC and ESPN can boast a broadcast and cable connection that can do exactly what ESPN2 did for the Kansas race on Sunday. The cable network took over because the broadcast network was possibly going to run beyond the time allotted for sports, and was going to cut-into their East Coast primetime line-up.

Luckily, the Kansas track did not have lights for night racing. NASCAR was going to be forced to shut the racing down at sunset, and that certainly was a break for the TV groups involved. Not only did it allow ESPN2 a general understanding of when the race would be called, it also allowed SPEED to do its post-race Victory Lane program.

If there had been lights at this track, the race would have been run for the full length scheduled. That would have created a new scenario that all the TV types would have rather avoided. The good news is that the ESPN group had the facilities and manpower to handle a big network switch of this nature.

So, the race switched from a broadcast network to a cable network, which guaranteed viewers an uninterrupted telecast until the end. I hope this helped with a general overview of TV distribution, and maybe answered some fundamental questions that NASCAR fans had about Sunday. Thanks again for writing in to The Daly Planet.

If you would like to add a comment, simply click on the COMMENT button below and follow the simple instructions. There is nothing to join, and you do not have to leave your email address.
Posted by Daly Planet Editor at 11:38 AM 20 comments: