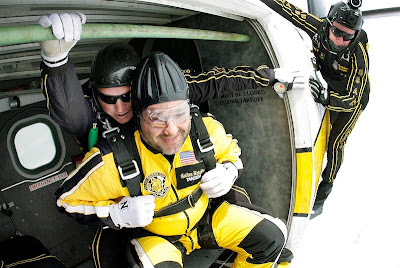 Here are some updates from the TV and media world as the NASCAR week gets rolling:

VERSUS begins the second season of Quest for the Sprint Cup on Wednesday at 7PM ET. This series runs for the duration of the Chase and features a behind-the-scenes look at each week's race from the cameras of the NASCAR Media Group. It's a shame that VERSUS is airing this up against Race Hub on SPEED.

This year, NASCAR and VERSUS also announced a second TV series. A five part show called NASCAR - Next Generation will take a look at familiar theme.

NASCAR-Next Generation is a five-part series which details the grueling process and sacrifices that are made to become a future star in the NASCAR Sprint Cup series. The show will feature drivers such as Logan Ruffin, Jessica Brunelli, Marc Davis and Cole Whitt. The premiere episode will illustrate the many different racing levels found across America and examines how the drivers from these series hone their skills in the hopes to compete in NASCAR's premier series.

With BET's Changing Lanes already on the air, you have to wonder if NASCAR is just taking advantage of the fact that VERSUS seems to be a network interested in more NASCAR TV product. The Modifieds have been covered on VERSUS for weeks with Jack Arute, Jimmy Spencer and others providing commentary.

You know it's Chase time when the big names suddenly appear on the NASCAR daily TV shows. Mike Helton will be on Tuesday's NASCAR Now on ESPN2 with host Mike Massaro. Over on SPEED, Rick Hendrick will be interviewed by Wendy Venturini at the NASCAR Hall of Fame for Race Hub.

Brian Vickers appeared healthy and in good spirits Monday night as he was a panelist on ESPN2's NASCAR Now. Once again tinkering with a good thing, the network has been adding drivers to the panel recently. While Vickers is well spoken, his chair should have been filled by a journalist like Ryan McGee or Marty Smith. That would have been the best compliment for Ricky Craven and Ray Evernham.

One regular missing from that program is Randy LaJoie. Reinstated fully by NASCAR, ESPN has yet to even release a statement on LaJoie's status with the network. He should have been brought back for the Chase and the heart of the Nationwide Series season.

Wednesday is the last day of SPEED's Race Hub this week due to another Barrett Jackson auction on Thursday. Fortunately, SPEED intends to close the week out with a bang. Coming off a memorable race in New Hampshire, Tony Stewart will head into the SPEED studios for the first time.

Steve Byrnes has conducted some memorable interviews this season since taking over as series host and this one may be right up there on the list. Greg Biffle will also be in the studio for the hour and the combination of those three could be fun to watch. This program has come a long way from thirty minutes of NASCAR hype.

Finally, a couple of TV reminders. The K&N Series race from New Hampshire airs on SPEED at noon ET on Thursday in a one hour timeslot. Denny Hamlin is in the "ESPN blender" on Thursday and winds-up his Bristol, CT tour with NASCAR Now at 5PM. There is a Camping World Truck race this Saturday night from Las Vegas, but due to the auction there is no other coverage. Air time is 9PM ET on SPEED.

That wraps-up media notes, please feel free to leave a comment on any of the topics mentioned above. To add your opinion, just click on the comments button below. This is a family-friendly website, please keep that in mind when posting. Thanks for taking the time to stop by The Daly Planet.
Posted by Daly Planet Editor at 12:05 AM 10 comments: