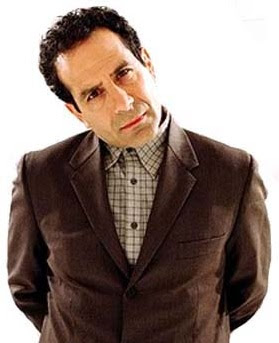 There was trouble in horse country. Kentucky Speedway had one story unfolding outside the track and another inside. It's going to take someone a little bit different to sort-out the real issues.

Adrian Monk used to be a policeman. Now, after some tough times he works as a private detective. The key issue is that he sees things very differently than most folks. That is going to be very important when we discuss the Sprint Cup Series race on TNT from Kentucky Speedway.

Perhaps, someone with his perspective can talk about two things happening at the same time over many hours both with incredible twists and turns. That was the situation in Kentucky on Saturday.

Lindsay Czarniak led Kyle Petty and Larry McReynolds though the pre-race show. Tony Stewart was the on-set guest and Terry Labonte was the Pride of NASCAR feature. It was a very normal show, except for the passing references from Czarniak to the issues with fans still in traffic and trying to get into the race.

Adam Alexander, Petty and Wally Dallenbach Jr. knew they were going to have a very different kind of night in the TV booth. They were right. TNT called it "enhanced audio" and it featured the announcers taking long breaks and letting the fans listen to elements like pit stops and restarts. It certainly has been done before.

This absence forced pit reporters to offer info well after the stops and the booth talent to go back and try to review how some teams got into different positions during the announcer silence. It was very different.

The new approach by TNT clearly sacrificed some information during the race, but TNT settled down with 25 to go and handled the rest of the race in normal style. As many suggested, the track proved to be a rather calm single-file racing affair dependent on track position and fuel mileage.

The big issue that is certainly going to continue until the early morning hours on Sunday is the traffic. Fans reported being trapped in traffic headed into the speedway for over six hours as it creeped along. TNT pit reporter Ralph Sheheen, perhaps out of frustration, tweeted that fans were still trying to come into the track with only 90 laps left in the race.

This issue was broached only by Bruton Smith on SPEED's RaceDay. He complained about the state roads. It was never treated as a story or updated amid the hype for this first Sprint Cup Series race. After the transition to TNT, it was mentioned in the pre-race and then really never followed-up during the race.

Now, due to social media, the fans trapped in traffic were able to relay the problems via Twitter and Facebook. They took pictures, detailed the awful situation and told NASCAR reporters about the developing situation. That information never made it to the TV coverage.

Adding insult to injury, TNT missed the late Clint Bowyer spin due to a Sprint in-program sponsor plug that featured the in-car cameras that had been shoved down TV viewers throat's from the green flag. It was a rough night in TV land.

We welcome your comments on the TNT coverage of the Sprint Cup Series race from Kentucky Speedway. To add your opinion, just click on the comments button below. 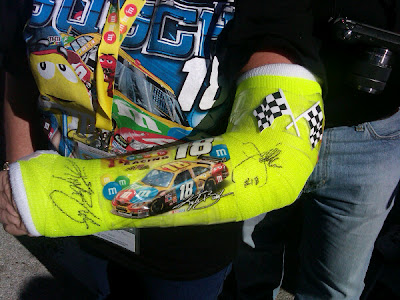 The good news is that the track is a sellout tonight. The bad news is that for those of us watching on TV, full-screen commercials are back.

Kentucky Speedway is an odd duck. Located where few wanted a major speedway, Bruton Smith wound-up buying the place and leveraging one of his own race dates to bring a Sprint Cup Series date to a track that had hosted Nationwide and Truck Series races for over ten years.

Tonight, TNT plays to a packed house. Lindsay Czarniak is up first hosting the Countdown to Green pre-race show. Kyle Petty and Larry McReynolds will be on the TNT Infield Rig with her for the hour show.

Adam Alexander will then pair with Petty and Wally Dallenbach Jr. for the call of the race. Chris Neville, Matt Yocum, Marty Snider and Ralph Sheheen will be handling pit road.

This is a track known for a narrow groove, little passing and fuel mileage races. That makes it a big challenge for TV. Pit strategy, including tires will be a key to the race. Passes for the lead may well happen off pit road.

The number of cautions will feed into the number of double-file restarts. Long green flag periods will make it tough for TV. The producer is going to have to chase the best racing on the track and go after the stories unfolding on pit road.

Kentucky makes good pictures under the lights as ESPN and SPEED have shown over the years of producing NNS and truck races. The challenge is for TNT to make this telecast as memorable as possible by continuing to frame it as a first time opportunity for drivers in the field.

This post will serve to host your comments on the TNT coverage of the Sprint Cup Series race from Kentucky Speedway. To add your TV-related comments, just click on the comments button below. Thanks for stopping by. 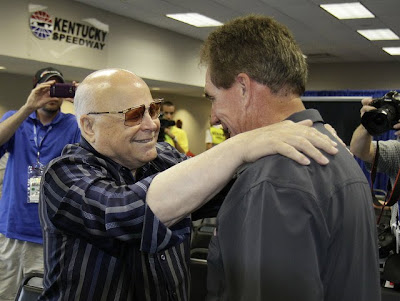 There is a sellout crowd today at Kentucky Speedway for tonight's inaugural Sprint Cup Series race. Before the on-track action, there is a two-hour RaceDay show on SPEED.

John Roberts is hosting with Darrell Waltrip and Kenny Wallace on the panel. This might be the biggest crowd of fans in the history of the many years of the program.

Reporting will be Wendy Venturini and Hermie Sadler. There is a lot going on inside the track, but one big story is what is going on outside. There has been a monumental traffic jam all day long that has delayed fans and even some drivers from getting to the track. Let's see if SPEED reports on this story.

Rutledge Wood is back on RaceDay and he will be interviewing NFL veteran Chad Ochocinco. Not too sure what the agenda is or why TV is interested in this person, so we will find out together.

Kentucky Speedway's sellout will push issues like no SAFER Barriers on portions of the track and bad traffic jams aside. It's going to be fascinating to see the drivers working before a full house of fans truly excited about the sport.

Wallace has a tough time working with Waltrip on this program. While Kyle Petty tends to be inclusive, Waltrip is the opposite. His opinions are spoken as fact and often Wallace's only option is to agree with the Hall of Famer. That dynamic should be the key to the two-hour show.

As we have in the past for select venues, we are offering you the opportunity to comment on this program before, during or after the show. Feel free to voice your opinions about the content, personalities or production of NASCAR RaceDay on SPEED. To add your comments, just click the comments button below. Thanks for stopping by.