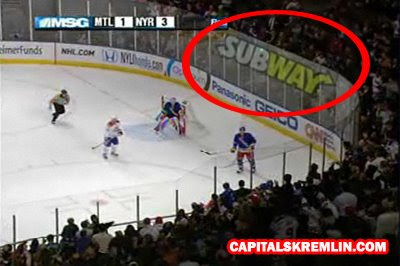 In August of this year, ESPN divested itself of the familiar BASS fishing and outdoor organization. Acquired in 2001 with much fanfare, BASS was supposed to be the cornerstone of an exclusive line-up of outdoor programming on the ESPN networks.

Now, instead of owning sports media companies, ESPN's new thrust is technology. There is a fledgling 3D TV network and a rebranded ESPN3.com that delivers content through broadband and XBOX Live channels. Monday, ESPN quietly made another purchase.

Click here to view the website for PVI Virtual Media Services. Formerly owned by cable TV giant Cablevision, the company's employees and assets are in the process of being transferred over to the ESPN/Disney family.

At the core of this purchase is what are called intellectual property rights. Basically, ESPN is not only buying technology but also what it has already been used to create. If PVI developed it, ESPN now owns it.

How does this relate to NASCAR? It's pretty simple to understand. What PVI specializes in is using technology to insert graphics and advertising inside of live sports TV programs. It's actually called "virtual insertion" because the computers take the live picture, insert the additional content and then send it off to the cable TV viewers. Fans at the event never see a thing.

NASCAR fans may remember the TNT guys inserting start and finish line markers, turn labels on a road course or even virtual logos over the track to provide more information. Buying PVI gives ESPN an in-house company that can overlay almost any graphic or logo on a live sports event in real time.

"This is another acquisition that augments ESPN's leadership position in innovation and technology development," ESPN executive vice president of technology Chuck Pagano said in a media release. "PVI has developed some of the television industry's leading virtual content, and now the addition of their engineering team will help ESPN continue to invent ground-breaking production enhancements for our fans."

There are absolutely some aspects of PVI technology that enhance a sports telecast. The yellow line instantly marking the first down in football has become a fan favorite. Our discussion today, however, centers on what is being reflected in the picture above. The Subway logo is being "virtually inserted" into a New York Rangers NHL game shown on the MSG network.

While many hockey fans watching on TV were outraged by the distraction, quite different feelings were being expressed by the MSG management. "Virtual ads are the truest form of immersive advertising," said Dan Ronayne, executive vice president and general manager of MSG Networks. "This puts a brand right in front of a game in a way that is prominent and impactful."

ESPN carries the entire season of Nationwide Series races and the final seventeen Sprint Cup Series events, including the Chase for the Championship races. Each race is a multi-hour affair with no restriction on where the cameras point. There is no ball to follow, no puck to chase and no base runners. Where virtual advertising is concerned, NASCAR is a target rich environment.

This type of additional sponsor element is quite different than the Digger disaster of NASCAR on FOX several years ago. That animation ended the announcer's conversation, required the TV truck to playback an element with sound effects and completely disrupted the telecast. That was then, this is now.

In ESPN's new virtual world, the Nationwide cars may come down the backstretch at Daytona with advertising logos on the grass, track or SAFER barrier. PVI could insert a virtual Jumbotron style scoreboard, a blimp or any other graphic element created for the event.

The actual cars would be seen on TV racing right past, over top or even through the logos as if it was magic. These virtual elements could be added to in-car cameras, pit stops, caution periods and even passes for the lead. The potential uses are infinite.

While fans at the track would be unaffected, it's going to be the good old NASCAR TV viewers that would once again see their world changing rather drastically without much of a choice. It's going to be very interesting to see if virtual ads make their way into the 2011 NASCAR television package, what networks use them and how they affect our viewing experience.