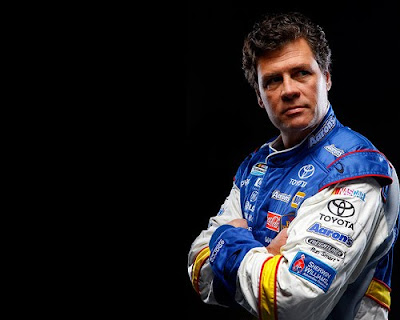 Update: Due to the very interesting comments below we are leaving this post up as the lead for one more day. Lots of people reading this one! Leave us your opinion.

Silly season is in full swing for NASCAR TV shows and announcers. No news is expected for a while on potential changes at ESPN or the naming of a play-by-play announcer for TNT's summer package.

There is, however, one issue on the table that has been discussed several times before at TDP. This year, the conversation has taken on a very different tone. The topic is This Week in NASCAR and the question is whether or not it will return for 2010.

"We'll see," said veteran panelist Michael Waltrip when asked by host Steve Byrnes if he would be returning for 2010. Waltrip has been a fixture on this program through several series name changes and different hosts.

Originally created by then SpeedVision Executive Producer Bob Scanlon, Inside Winston Cup Racing borrowed the name from a series formerly produced by Sunbelt Video in Charlotte, NC for The Nashville Network. Sunbelt is now called the NASCAR Media Group and still produces the Monday night hour program for SPEED.

Back in 2007, the series was in trouble. "The Sad State of Inside NEXTEL Cup on SPEED" was a TDP column from May of that year. Click on the title to read the entire article and the reader comments.

SPEED decided that 2008 was time for a change and created the current program. The show dropped from three panelists to two. This year, Chad Knaus and Greg Biffle alternated in one chair while Waltrip continued on a full-time basis.

In 2008, TDP readers battled hard with the SPEED executives over the original format of the series. Instead of leading with the Sunday highlights, Byrnes and company were forced to offer a thirty minute preview of the upcoming race that was six days away. Eventually, SPEED flipped the format and the show found a rhythm.

After a 2009 regular season of ups and downs, TWIN got a new addition for the Chase. Mr. Excitement, Jimmy Spencer, was added to the panel. This restored the program to a discussion rather than a continuing difference of opinion. As TV programs from the Sports Reporters to the Monday edition of NASCAR Now prove, three voices are better than two in this format.

Spencer's addition brought out even more clearly the value of Knaus to the program. When he was present, Knaus brought the latest technical knowledge and a developing TV sense to the show. When he was not, Biffle struggled to fill the gap.

Knaus and Waltrip had developed a great on-air relationship, but still needed an effective third panelist. Unfortunately, Spencer did not fit the bill. He often made pointed and biting statements directly to the TV viewers, bypassing his fellow panelists. His RaceDay antics just did not work in this format.

It was Kenny Schrader who used to call this program Mikey's show. Names like Bestwick, Benson, Vickers, Schrader and Despain all came and went but Waltrip has remained. Now, an older Waltrip is stepping away from driving and concentrating on his multi-car ownership role on a full-time basis.

On one hand, Waltrip has been on this Monday night TV show from before his DEI glory days. His role as an owner is just another step in his personal NASCAR history. On the other hand, few would expect to tune-in to TWIN and see Joe Gibbs, Richard Childress or Jack Roush critiquing other teams and drivers. An owner is an owner.

Now, in the half hour before TWIN the weekend races were being reviewed once again on Race Hub. SPEED has already made a commitment to Race Hub for 2010 with new Monday through Thursday shows beginning in mid-January. Whether that is the death knell for TWIN or just a signal that SPEED is beefing up NASCAR programming is not yet known.

After fourteen years on the air, where do you come down on bringing back TWIN for next year? Is this still a viable NASCAR TV series or a program that needs another major overhaul in order to continue? Please include your TV-related opinion on the panelists and host.

Non-TV related comments will not be posted. To add your opinion, just click on the comments button below. This is a family-friendly website, so comments may be moderated prior to posting. Thanks for adding your input on this NASCAR TV topic.
Posted by Daly Planet Editor at 12:05 AM 98 comments: